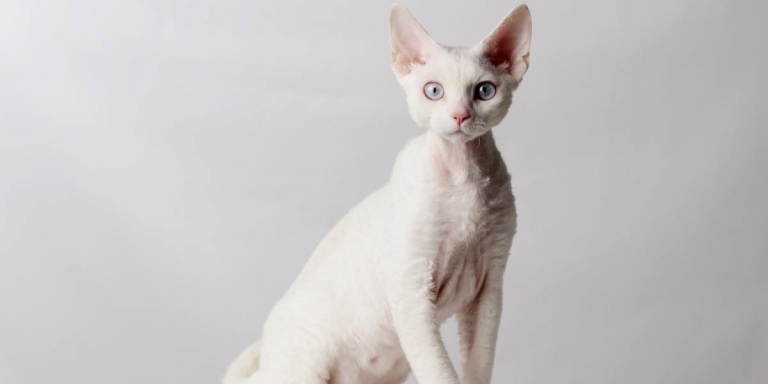 Temperament
? The breed’s dominant personality traits. While each individual has a unique personality, breed-specific genetics affect qualities like sociability, playfulness, and intelligence.
EXTINCT
Origin
? Where this breed was first established.
United States
Group
? Breeds are grouped by their size and coat type.
Large long-haired
Height
? The typical adult height among individuals of this breed. Height is measured from the top of the head to the bottom of the front paws.
10"-14"
Body Length
? The typical adult body length among individuals of this breed. A cat’s length is measured from the base of the tail to the tip of the nose.
16"-24"
Weight
? The typical adult weight range of this cat breed.
5-10 pounds
Life Expectancy
? The average lifespan of the breed. While life expectancy is fairly consistent across all cat breeds, some breeds tend to live shorter or longer than others.
12-15 years
Price
? The average price.
$600-$1,500
Affection Level
? Breeds with a high affection level want to give and receive a lot of attention, while less-affectionate breeds are not as interested in petting and snuggles.
0 100%
80%
Activity Level
? Breeds with high activity levels will engage more in active play and demand more space and attention.
0 100%
40%
Pet-Friendly
? How well the breed tends to get along with cats, dogs, and other pets.
0 100%
80%
Kid-Friendly
? Breeds with a higher rating in this area tend to be gentle and patient, while lower-rated breeds may feel uncomfortable with children.
0 100%
80%
Sociability
? Breeds with a higher sociability rating will want to spend time with you all day, while less-sociable breeds seldom seek out human interaction.
0 100%
80%
Intelligence
? Breeds with higher intelligence ratings are more curious, investigative, and easy to train. Less-intelligent breeds are less trainable but often laid-back and easygoing.
0 100%
60%
Playfulness
? Breeds that score higher in this area have strong hunting instincts that make them great playtime companions.
0 100%
60%
Independence
? Breeds that score higher in this area are able to spend hours alone, while less-independent breeds require plenty of attention.
0 100%
60%
Vocality
? A higher rating in this area indicates a breed prone to plenty of meowing and other vocalizations, while less-vocal breeds are happy to stay quiet.
0 100%
60%
Grooming
? Breeds with higher grooming scores require more maintenance like brushing and bathing, while lower-scored breeds are virtually maintenance-free.
0 100%
80%

About the Oregon Rex Cat

The Oregon Rex cat was a fairly playful, friendly cat with headstrong ways and a tendency to bond with its family members. These cats did not like to be alone, which is a trait that they shared with other Rex cats, Orientals, and Siamese.

Unfortunately, the Oregon Rex cat breed is no longer produced, meaning that for all intents and purposes, Oregon Rex cats are extinct. The closest relatives of the Oregon Rex are Selkirk Rex cats, which originate in Montana rather than Oregon. 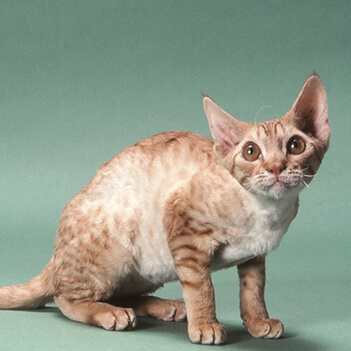 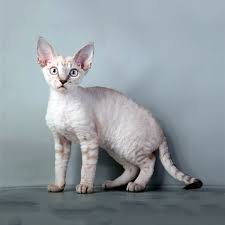 Oregon Rex Cats had no special nutritional needs. They remained healthy on a high-quality commercial diet or when allowed to hunt for fresh food on their own.

The Oregon Rex cat had no guard hairs, just a downy coating of curly hair that required very little maintenance. Like other Rex cat breeds, these cats probably benefited from occasional bathing to remove excess body oils that could cause the hair to feel greasy.

Just like all other cats, Oregon Rex cats enjoyed playing with toys, and they had a strong appreciation for athletic activities that called for jumping and climbing.

Oregon Rex Cats did not suffer from any health issues other than those that all cats are susceptible to such as parasites, fleas, and issues caused by lifestyle, i.e. obesity.

The Oregon Rex cat was developed after a curly coated kitten was discovered in the state of Oregon in 1944. This kitten was a founding member of the breed, which was only documented in 1955 before gaining popularity around the same time when the Cornish Rex cat was imported to the United States. The Cornish Rex was bred with offspring from the original curly coat of kitten, creating a purebred Oregon Rex. 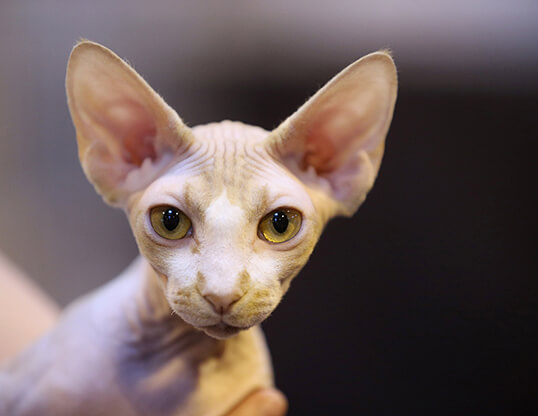 Like other Rex cat breeds, the Oregon Rex had an average lifespan of 15 years or more.

If you are interested in the Oregon Rex and you're disappointed that this breed is extinct, you'll be glad to know that it shares many similarities with existing Rex breeds including the Devon Rex and the Cornish Rex.

If you prefer a hardier breed and you love the look of a curled coat, consider the Selkirk Rex. These cats are a bit larger then their close curly coated cousins, but they share their enchanting personalities.

Because the Oregon Rex cat breed is extinct, there are no breed standards. The closest breed standards would be those applied to other Rex breeds including Devon Rex, Cornish Rex, and Selkirk Rex.

How much does a Oregon Rex cat cost?

How big do Oregon Rex cats get?

Oregon Rex cats tend to be large in size. A fully grown Oregon Rex cat might weigh between 5-10 pounds or more and range in height anywhere from about 10"-14" inches tall.

The Average lifespan for Oregon Rex is 12-15 years.

Oregon Rex are long-haired cats, so you do have to expect a certain amount of shedding from this breed, but they don't shed as much as other cat breeds.