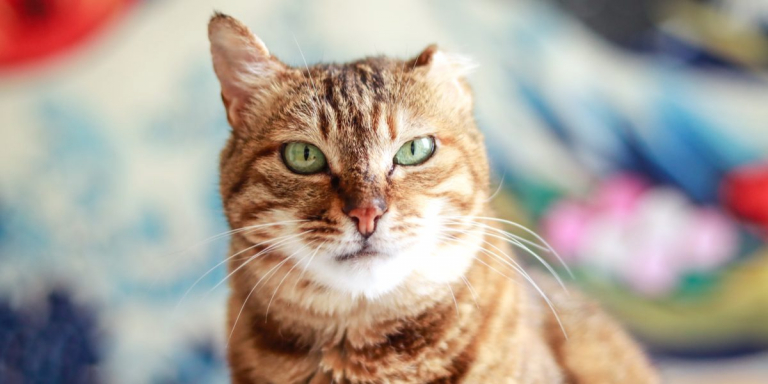 Temperament
? The breed’s dominant personality traits. While each individual has a unique personality, breed-specific genetics affect qualities like sociability, playfulness, and intelligence.
Clever, active, vigilant, friendly
Origin
? Where this breed was first established.
China
Other Names
? In addition to their official names, most breeds earn a few nicknames.
Li Hua, Li Hua Mao, Chinese Li Hua
Group
? Breeds are grouped by their size and coat type.
Medium-sized short-haired
Height
? The typical adult height among individuals of this breed. Height is measured from the top of the head to the bottom of the front paws.
12"-14"
Body Length
? The typical adult body length among individuals of this breed. A cat’s length is measured from the base of the tail to the tip of the nose.
12"-16"
Weight
? The typical adult weight range of this cat breed.
9-12 pounds
Life Expectancy
? The average lifespan of the breed. While life expectancy is fairly consistent across all cat breeds, some breeds tend to live shorter or longer than others.
12-15 years
Price
? The average price.
$400-$1,000
Affection Level
? Breeds with a high affection level want to give and receive a lot of attention, while less-affectionate breeds are not as interested in petting and snuggles.
0 100%
70%
Activity Level
? Breeds with high activity levels will engage more in active play and demand more space and attention.
0 100%
70%
Pet-Friendly
? How well the breed tends to get along with cats, dogs, and other pets.
0 100%
50%
Kid-Friendly
? Breeds with a higher rating in this area tend to be gentle and patient, while lower-rated breeds may feel uncomfortable with children.
0 100%
60%
Sociability
? Breeds with a higher sociability rating will want to spend time with you all day, while less-sociable breeds seldom seek out human interaction.
0 100%
60%
Intelligence
? Breeds with higher intelligence ratings are more curious, investigative, and easy to train. Less-intelligent breeds are less trainable but often laid-back and easygoing.
0 100%
100%
Playfulness
? Breeds that score higher in this area have strong hunting instincts that make them great playtime companions.
0 100%
80%
Independence
? Breeds that score higher in this area are able to spend hours alone, while less-independent breeds require plenty of attention.
0 100%
70%
Vocality
? A higher rating in this area indicates a breed prone to plenty of meowing and other vocalizations, while less-vocal breeds are happy to stay quiet.
0 100%
50%
Grooming
? Breeds with higher grooming scores require more maintenance like brushing and bathing, while lower-scored breeds are virtually maintenance-free.
0 100%
10%

About the Dragon Li Cat

Also known as the Chinese Li Hua and nickname to the Chinese Fox Flower cat, the Dragon Li cat is an ancient purebred with a distinct wild appearance. Just like their wild ancestors, these cats are known for their independence and intelligence. At the same time, they are loyal to their families, with a playful streak a mile wide.

If you bring a Dragon Li cat into your family, you will be rewarded with plenty of fun and games. Unfortunately for those who prefer lap cats, this particular breed isn't at all fond of snuggling. In fact, these cats can become anxious when they aren't given time and space to themselves.

Dragon Li cats appreciate the outdoors and are outstanding hunters. They are at their happiest when allowed access to safely enclosed outdoor spaces such as catios, and when they are taught to walk on a leash from a young age.

It’s very important to note that these unique felines do not enjoy small, confining indoor spaces. While most cats are perfectly happy to share an apartment with an attentive human family, the Dragon Li cat needs a big house with lots of room to roam if it is kept completely indoors. Clearly, this cat requires special circumstances and isn't the best breed for everyone. 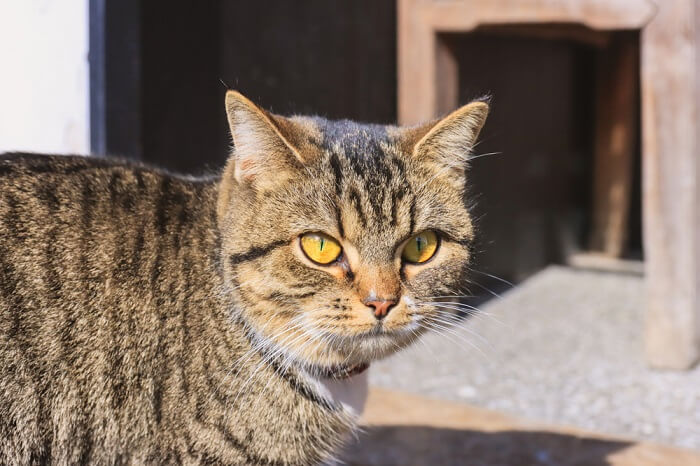 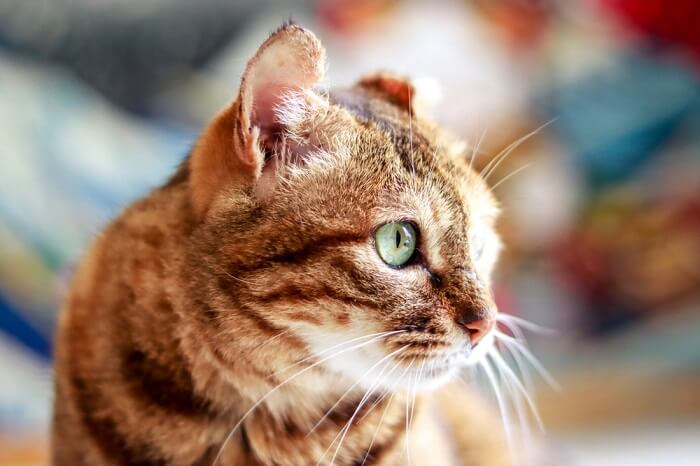 Although the Dragon Li cat has no special nutritional needs, it is vital to offer a high-quality diet with ample protein. These cats have big appetites, partly due to their preference for a highly active lifestyle.

Even though the Dragon Li cat breed has short hair, you may wish to give their coat a quick brushing once or twice per week simply to cut down on shedding and reduce the risk of hairballs. Teach your kitten to accept nail trims from a young age, and consider teaching them to accept toothbrushing as well.

The Dragon Li cat is exceptionally active. Even though you will not have to encourage these cats to play, they will appreciate interactive toys. Your Dragon Li cat will happily join in when you offer opportunities to chase a laser beam or go after the feathers on a teaser wand.

Since climbing is a favorite activity, treat your Dragon Li cat to a high-quality tower or tree that's built to withstand plenty of roughhousing. It'll save your furniture from excess wear and tear, and it will give your kitty a desirable vantage point from which to survey their domain. Be sure to offer multiple scratching posts as well.

Dragon Li cats are generally healthy; however, some do develop hip dysplasia.

The Dragon Li is one of the oldest known cat breeds. In fact, these amazing felines are direct descendants of the Chinese Mountain cat (Felis bieti), a wild cat that is native to China. The breed has ancient roots, dating at least to the Xiang Dynasty.

Despite its venerable background, the Chinese Li Hua cat breed was only recently standardized. The breed was first shown at an event hosted by the Chinese Cat Aficionado Association in 2004, and is a fairly recent addition to the Cat Fanciers Association's list of accepted cat breeds. CFA granted the breed official recognition in 2010.

Standardized, pedigreed representatives of the Dragon Li cat breed are still rare, making this feline one that can be difficult to obtain. It has attracted international interest. 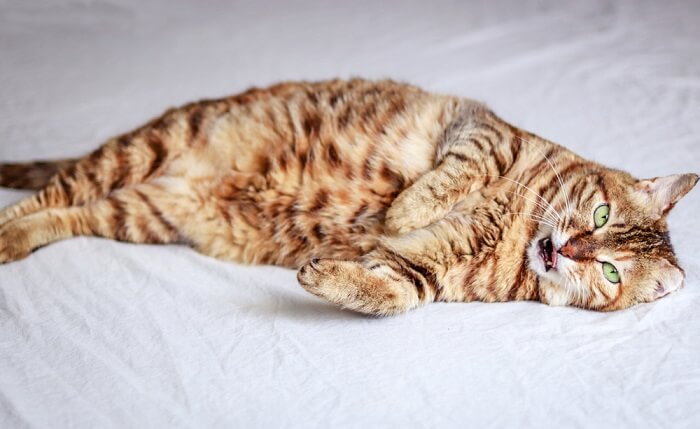 The original breed name, Li Hua Mao, literally translates to Fox flower cat. This is a reference to the cat's fox-like head and its tabby coat, which features spots that were originally interpreted as having a floral pattern.

These cats love to hunt and fetch. One famous Dragon Li cat even learned how to fetch the morning paper for its human companion!

Dragon Li cats are considered to have above-average intelligence. Mental stimulation is a must, and these cats appreciate companionship.

Even though they aren't fond of cuddling, they form strong bonds with their families and with careful introduction can be great friends with other pets including dogs. 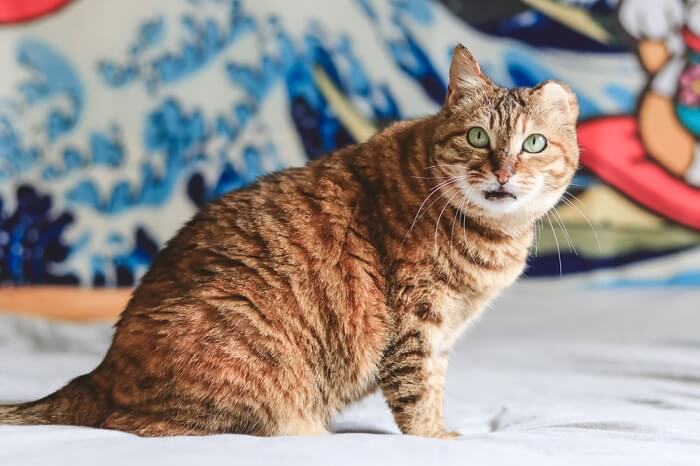 Green, gold, and brown eyes are acceptable. The eyes should be fairly large, and should have a distinct almond shape.

The legs and paws should portray strength and firmness. Both should be well proportioned, and the paws should be rounded rather than oval-shaped.

The tail should be proportionate to the body. It is usually of medium length with a slight taper toward the end.

The Dragon Li is a medium-sized cat with a cobby, rounded body shape and a strong, broad chest. Maximum weight is about 15 pounds, but the average Li Hua Mao cat is smaller than that, weighing in at 8 to 12 pounds.

The head is a large, rounded diamond shape with alert, foxy features and a somewhat wild appearance. The forehead typically displays an "M" pattern, and there should be small black spots near the corners of the cat's lips.

The ears should be proportionate to the head, and should have rounded tips with black points.

The coat should be short and thick, with noticeable ticking. Hairs should be darkest toward the ends.

While the coat may display rings around the tail and the legs, the body should have a mackerel tabby pattern. Dragon Li cats are always a golden-brown color, with lighter shading on the abdomen. Only one coat color and pattern is acceptable.

How much does a Dragon Li cat cost?

How big do Dragon Li cats get?

Dragon Li cats tend to be medium in size. A fully grown Dragon Li cat might weigh between 9-12 pounds or more and range in height anywhere from about 12"-14" inches tall.

The Average lifespan for Dragon Li is 12-15 years.

Dragon Li are short-haired cats. Therefore, they do not shed as much as long-haired cat breeds.