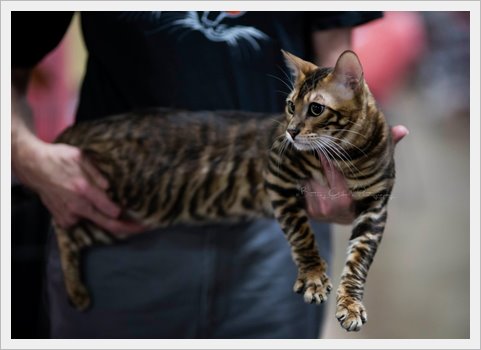 1. Natural new breed: There are many cat breeds that are based on a genetic deviation from the domestic cat. The more recent examples are the Sphynx, Rex cat (like Devon and Selkirk), Scottish fold, Highlander, and the Lykoi, to name a few.

Cats in these groups were started from a single cat, or a small number of cats, that were born with a genetic variation that gives a unique appearance to the cat. The genetic variation must be inherited to the cat’s offspring, and the unique look should be expressed within the next two generations of the cat.

In most cases, the appearance of the cats is easily recognized by people looking at the cat. Careful planning for breeding programs are a necessity since there is normally a very small number of breeding cats in the beginning. 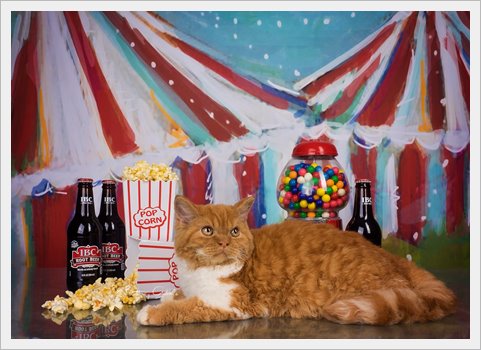 2. Mixed existing breeds for a new breed: This group of cat breeds has more recently been called designer breeds. This group is most famous in the dog world with the Labradoodle dog. In the cat world, recently new breeds in this group are the Minuet (aka Napoleon) and the Bambino.

Minuet were recently accepted as a full Championship breed in TICA, however Bambinos are not. The idea of this new breed is to have a cat that has the best characteristics of the two parent breeds.

Many times it is successful, but on occasion, the new kittens will not have the best characteristics. Many registries for pedigreed animals do not approve of these breeds. The registries have recently made rules to prevent these new “mixed” breeds from becoming registered, so they cannot be counted as an existing breed. 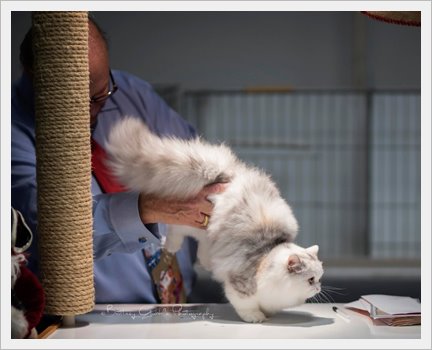 3. Line bred trait breeds: The group of line bred breeds is the result of carefully selecting for a particular look from ancestors. Calling them line bred does not mean the cats are inbred, it just means that certain lines that have a certain look are used to create the breed.

Two examples or the Russian blue (not a new breed) and the Toyger. The Russian blue cats were bred specifically for the best blue color and the best eye color. The Toygers were bred for a color pattern that looks as close to a tiger as possible.

These breeds may have different breeds in the lineage, or they may all stem from a few cats. Either case, breeders are constantly working to improve the look of the breed. 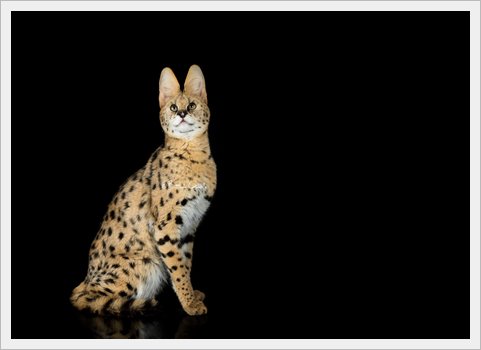 4. Hybrid breeds: These cats are the result of a normal cat being bred with an exotic cat. The Savannah is the result of a Several and a domestic cat. Breeders are hoping to get the characteristics of the exotic cat with a little less of the “wild” behavior by using domesticated cats.

Many times the hybrid will have characteristics of both cats in the parentage. The problem is that the offspring are not like domestic cats, and many times are not exactly the cat the new owner expected.

Hybrid cats are debated in the cat fancy whether they should be bred or not. It is a heated topic with strong opinions on both sides. 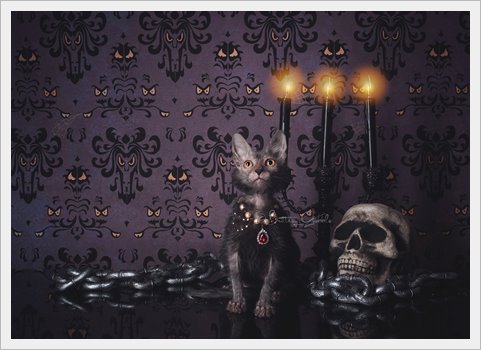 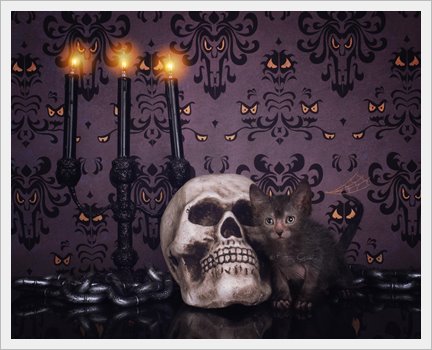 What Is In A Name? 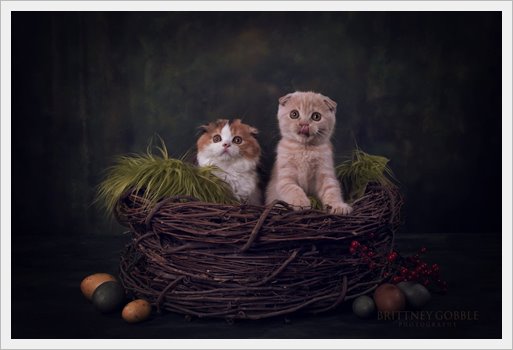 Giving a new breed a name is a dilemma for some breeders. It is another topic that many people will debate. A new breed is many times called by whatever the breeder wants.

The new name may not always stick or another breeder may have the same or similar cat and want to name it something different. Sometimes, the breeders will agree on a name, but then it gets changed for some other reason during the establishment process.

The truth to all the names is simple: until a large pedigree registry group that is internationally reputable accepts the new breed as a cat breed, the name means nothing. I will try to explain with examples.

1. The Sphynx had a completely different name by the breeders, but the breeders where not sure exactly what they should call the breed. When the cats went before the board to be accepted, a discussion occurred on naming the cat and a Sphynx was the decided name.

2. The Napolean was accepted as a new breed-  During the process of acceptance, there was an issue. The name then changed to Minuet and that is the accepted name in TICA.

The problem here is that some breeders did not want to change the name and are applying with a different cat registry under the original name. This breed is currently being called the Napolean by some breeders and the Minuet by others.

3. There is a new gene appearing causing solid colored cats to have blue eyes. This is unique since all solid colored cats have had yellow, gold, or brown eyes. It is a dominant gene that a breeder submitted as a breed called the Ojo Azule.

The original cats that started this breed had some health problems, so all the cats were altered and not used in a program. During this time and after this time, Three other blue eyed cats with a solid hair coat pattern were discovered in the feral cat population-one in the United States, on in Russia, and on in Asia. Two of the cats have been used in breeding programs that appeared to act the same way as the original cat. The other has just started being used in a program. The short of it is all three breeders have cats that look very similar and breed the same as the first breeder’s cats.

Concerns With A New Breed 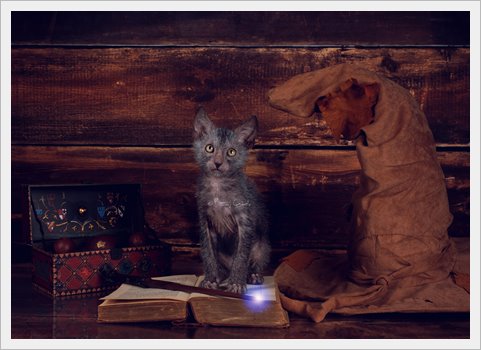 The biggest concern that breeders and owners have with a new breed is if there will be any health problems. It does not matter what a cat looks like, if it is not healthy, it should not continue as a breed.

The second concern is temperament. If a cat breed cannot be a companion for people as pets or breeders, it should not continue as a new breed. Finally, the perfect look is left for the breed. Many breeders strive for years to get the perfect look, but may never achieve it.

Many new breeds will start, but do not continue because they fail the concerns of pet owners and breeders. Many times, a new breed will be evaluated for years before they can prove that the concerns are at rest.

The sad situation is when a new breed is bred without the first two concerns in mind. The result is a breed that can have behavior and health problems. Thankfully, many breeders are more responsible and aware of the concerns than in the past, and many new breeds have a great start. 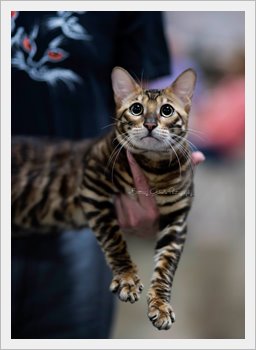 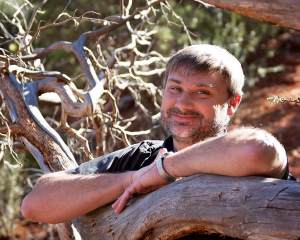 Johnny Gobble is a practicing Veterinarian in Vonore, TN USA for the past 21 years. He
lives with his wife, Brittney, and there three children (Ali, Brooklynn, and Obadiah) in
Sweetwater, TN USA.

They have been involved in cat breeding and TICA nearly ten
years and have over 20 years of combined breeding experience. Johnny is the co
founder, first breeder, and major contributor to the Lykoi Breed.

He is the Breed chair with TICA, as well as, being in communication with the researchers for the Lykoi. More than 70% of the Lykoi in the world are a direct result from the work that Johnny and
Brittney have done.
Official Website: https://lykoikitten.com/