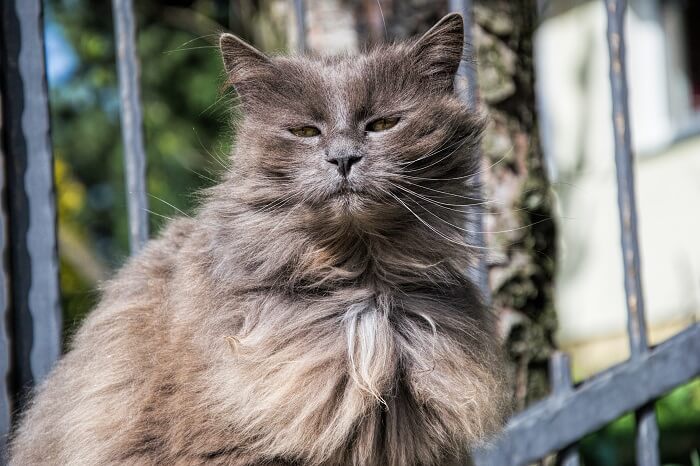 Temperament
? The breed’s dominant personality traits. While each individual has a unique personality, breed-specific genetics affect qualities like sociability, playfulness, and intelligence.
Gentle, talkative, sociable, playful
Origin
? Where this breed was first established.
United States
Other Names
? In addition to their official names, most breeds earn a few nicknames.
Foreign Longhair
Group
? Breeds are grouped by their size and coat type.
Medium-sized semi-longhair
Height
? The typical adult height among individuals of this breed. Height is measured from the top of the head to the bottom of the front paws.
8"-10"
Body Length
? The typical adult body length among individuals of this breed. A cat’s length is measured from the base of the tail to the tip of the nose.
12"-16"
Weight
? The typical adult weight range of this cat breed.
8-15 pounds
Life Expectancy
? The average lifespan of the breed. While life expectancy is fairly consistent across all cat breeds, some breeds tend to live shorter or longer than others.
11-15 years
Price
? The average price.
$300-$800
Affection Level
? Breeds with a high affection level want to give and receive a lot of attention, while less-affectionate breeds are not as interested in petting and snuggles.
0 100%
100%
Activity Level
? Breeds with high activity levels will engage more in active play and demand more space and attention.
0 100%
50%
Pet-Friendly
? How well the breed tends to get along with cats, dogs, and other pets.
0 100%
70%
Kid-Friendly
? Breeds with a higher rating in this area tend to be gentle and patient, while lower-rated breeds may feel uncomfortable with children.
0 100%
90%
Sociability
? Breeds with a higher sociability rating will want to spend time with you all day, while less-sociable breeds seldom seek out human interaction.
0 100%
90%
Intelligence
? Breeds with higher intelligence ratings are more curious, investigative, and easy to train. Less-intelligent breeds are less trainable but often laid-back and easygoing.
0 100%
80%
Playfulness
? Breeds that score higher in this area have strong hunting instincts that make them great playtime companions.
0 100%
80%
Independence
? Breeds that score higher in this area are able to spend hours alone, while less-independent breeds require plenty of attention.
0 100%
30%
Vocality
? A higher rating in this area indicates a breed prone to plenty of meowing and other vocalizations, while less-vocal breeds are happy to stay quiet.
0 100%
20%
Grooming
? Breeds with higher grooming scores require more maintenance like brushing and bathing, while lower-scored breeds are virtually maintenance-free.
0 100%
100%

About the Chantilly / Tiffany Cat

Sometimes called the Tiffany cat and sometimes referred to as the Chantilly cat, this unique breed has a soft, silky, semi long-haired coat and a sweet, friendly personality.

Registered Chantilly Tiffany cats are quite rare, but many medium-to-long haired domestic cats share similar characteristics in terms of personality and appearance.

Should you be fortunate enough to bring one of these kitties into your family, they’ll provide you with comforting companionship and delightfully playful antics. 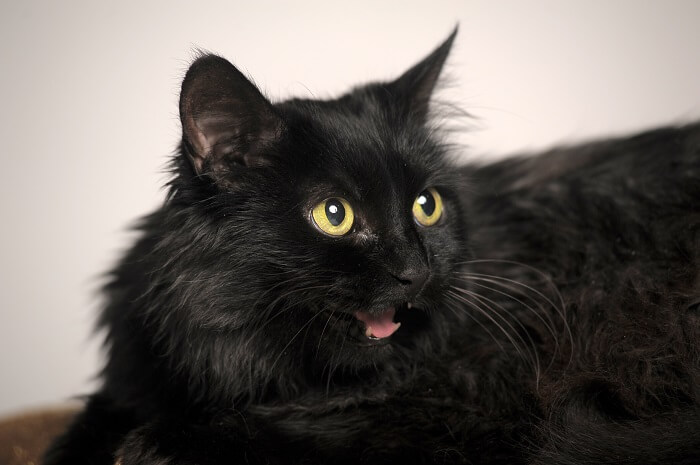 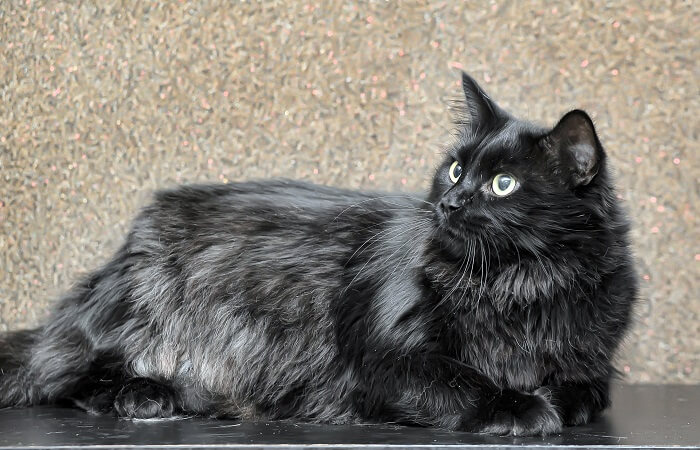 The Chantilly Tiffany cat has no special nutritional needs and will thrive on a diet of high-quality cat food. Choose a brand with plenty of omega-3 fatty acid to promote skin and coat health.

Even though the Chantilly Tiffany cat lacks a heavy undercoat, the breed's silky hair is prone to tangling. Daily brushing is a must.

You'll also want to keep your pet's claws clipped and brush their teeth regularly. Be sure to introduce grooming routines at a young age, so that your kitty regards this type of handling as a regular part of life.

Chantilly Tiffany cats are moderately active. They enjoy playing and climbing on their own, but truly appreciate interactive play with her favorite people.

A laser pointer and a selection of teaser toys with ribbons, bells, and feathers satisfy this cat's desire to chase and capture prey. A tall cat tree will be appreciated!

Chantilly Tiffany cats were first introduced in 1969, when a New York breeder named Jennie Robinson crossed a pair of chocolate colored cats of unknown heritage. These cats were originally believed to be semi-longhair Burmese. Even though contemporary breeders may outcross to several different breeds including European Angoras, Abyssinians, and Havana Browns in an effort to produce Chantilly Tiffany cats, they are prohibited from outcrossing to Burmese.

When the Chantilly cat breed was first registered, its original name was foreign longhair. The breeders decided that they'd prefer something different, so they called the breed Tiffany. This produced some confusion as the British cat registry GCCF already contained a breed called Tiffany, which was a cross between a Burmese and a Chinchilla Persian. The new breed was renamed Chantilly. It is normally referred to as such or as Chantilly/Tiffany. 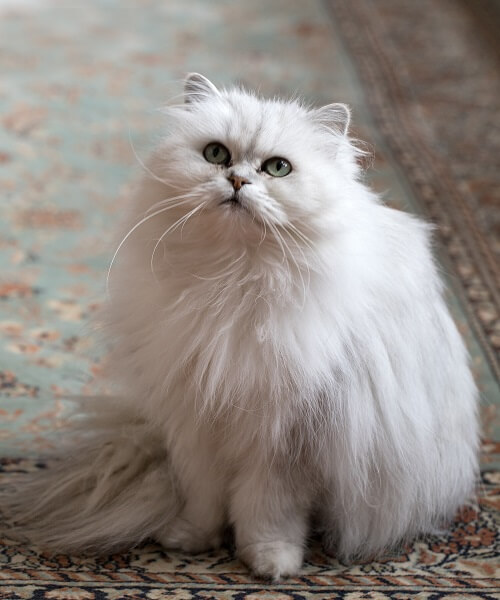 Chantilly Tiffany cats do not typically meow in the traditional sense. Instead, they are more likely to produce soft chirps and trills.

Chantilly cats were once believed to be extinct. Luckily, this is not the case. Still, Chantilly Tiffany cats are rare!

Chantilly Tiffany cats need their people. These cats are prone to depression if left alone too often. 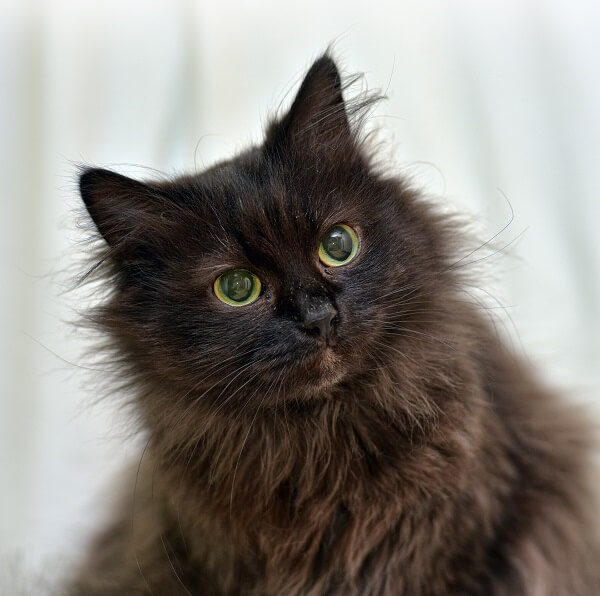 The eyes have an oval shape and a slightly slanted profile. Eyes are golden in color and can deepen as the cat ages.

The legs are long and slender, with rounded paws.

Chantilly Tiffany cats are medium-sized, with an average weight of 8 to 12 pounds. The body displays moderate musculature.

The head is a broad wedge shape. Its contours are gently rounded. The muzzle is short and broad, lending a somewhat squared off appearance. The chin is firm and the cheekbones are high.

Chantilly Tiffany cats have medium-sized ears, often with prominent ear tufts and longer streamers or furnishings. The ears are wider at the base, and tips are well rounded.

The coat is soft, silky, and luxurious. It is of medium long length and has no undercoat. It takes approximately two years for the coat to reach its full length.

While the first Chantilly Tiffany cats were always a deep chocolate color, other colors are now acceptable including blue, fawn, cinnamon, black, and lilac. Tabby patterns are sometimes displayed.

How much does a Chantilly / Tiffany cat cost?

How big do Chantilly / Tiffany cats get?

The Average lifespan for Chantilly / Tiffany is 11-15 years.

Chantilly / Tiffany are long-haired cats, so you do have to expect a certain amount of shedding from this breed, but they don't shed as much as other cat breeds.