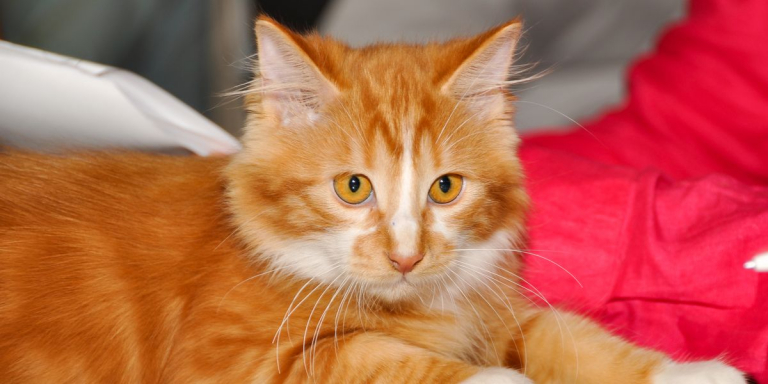 Temperament
? The breed’s dominant personality traits. While each individual has a unique personality, breed-specific genetics affect qualities like sociability, playfulness, and intelligence.
Calm, friendly, intelligent, family-oriented
Origin
? Where this breed was first established.
Isle of Man
Other Names
? In addition to their official names, most breeds earn a few nicknames.
Longhair Manx, Semi-longhaired Manx
Group
? Breeds are grouped by their size and coat type.
Medium-sized short-haired and long-haired
Height
? The typical adult height among individuals of this breed. Height is measured from the top of the head to the bottom of the front paws.
11"-14"
Body Length
? The typical adult body length among individuals of this breed. A cat’s length is measured from the base of the tail to the tip of the nose.
12"-16"
Weight
? The typical adult weight range of this cat breed.
8-12 pounds
Life Expectancy
? The average lifespan of the breed. While life expectancy is fairly consistent across all cat breeds, some breeds tend to live shorter or longer than others.
10-15 years
Price
? The average price.
$300-$800
Affection Level
? Breeds with a high affection level want to give and receive a lot of attention, while less-affectionate breeds are not as interested in petting and snuggles.
0 100%
90%
Activity Level
? Breeds with high activity levels will engage more in active play and demand more space and attention.
0 100%
80%
Pet-Friendly
? How well the breed tends to get along with cats, dogs, and other pets.
0 100%
90%
Kid-Friendly
? Breeds with a higher rating in this area tend to be gentle and patient, while lower-rated breeds may feel uncomfortable with children.
0 100%
90%
Sociability
? Breeds with a higher sociability rating will want to spend time with you all day, while less-sociable breeds seldom seek out human interaction.
0 100%
90%
Intelligence
? Breeds with higher intelligence ratings are more curious, investigative, and easy to train. Less-intelligent breeds are less trainable but often laid-back and easygoing.
0 100%
100%
Playfulness
? Breeds that score higher in this area have strong hunting instincts that make them great playtime companions.
0 100%
90%
Independence
? Breeds that score higher in this area are able to spend hours alone, while less-independent breeds require plenty of attention.
0 100%
50%
Vocality
? A higher rating in this area indicates a breed prone to plenty of meowing and other vocalizations, while less-vocal breeds are happy to stay quiet.
0 100%
50%
Grooming
? Breeds with higher grooming scores require more maintenance like brushing and bathing, while lower-scored breeds are virtually maintenance-free.
0 100%
100%

About the Cymric Cat

Sometimes referred to as a long-haired Manx cat, the Cymric (pronounced kim-rick) has a reputation for being friendly, affectionate, and highly intelligent.

While the Cymric cat is tailless as a result of a spontaneous genetic mutation, some individuals do exhibit very short tails. Completely tailless Cymric cats are nicknamed rumpys. Those with up to three tail vertebrae at the end of the spine are called rumpy risers, and those with more vertebrae that form a short, movable tail are called longys.

Besides their intriguing appearance, Cymric cats bring delightful personalities to their families homes. They have a reputation for being both playful and gentle, and they make excellent companions for people of all ages. 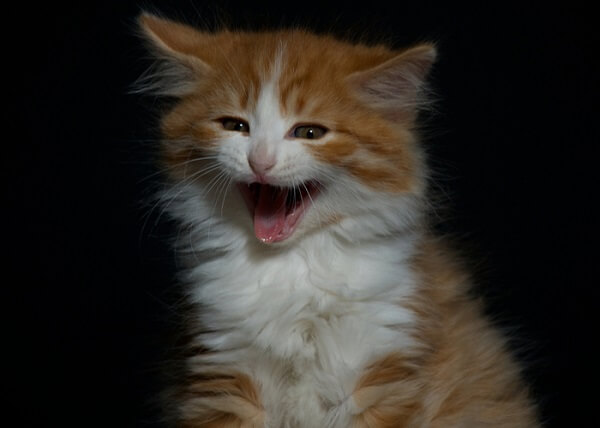 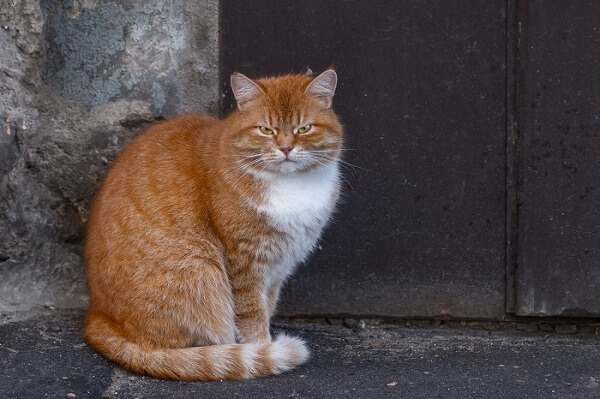 Cymric cats have no special nutritional needs. We recommend offering a high-quality diet to support good health and longevity.

Cymric cats have thick, luxurious coats that require daily care. Without regular brushing and combing, these kitties have a tendency to develop knots and mats.

Introduce your kitten to the concept of grooming early in life, and teach them to accept other routines including toothbrushing and toenail trimming. This way, grooming becomes a bonding experience rather than a point of contention.

These kitties are agile and athletic. They love to run, and they appreciate interactive toys as well as battery-operated toys that they can chase and pounce on. Cymric cats are notorious climbers too; make sure to provide a tall cat tree if you plan to bring a Cymric kitten into your home!

The Cymric cat sometimes gives birth to kittens with spinal disorders including spina bifida, which can bring neurological defects with it. Kittens with spinal problems are normally identified by the breeder before six months of age and may be humanely euthanized if they have difficulty with essential bodily functions including urinating and defecating.

If you are choosing a Cymric kitten, avoid those with unusually stiff gaits as well as those with a tendency to hop rather than walk or run. These motions can signify spinal defects. Reputable Cymric cat breeders offer written health guarantees.

While we know that tailless cats like the Cymric get their unique appearance because of a genetic mutation, there are quite a few old stories that attempt to explain why Cymric cats have no tails.

One suggests that the cats were late boarding Noah's Ark and after barely making it aboard, had their tails severed when they were slammed in the door. Another suggests that mother cats begin biting the tails off kittens to prevent Viking and Celtic raiders from stealing them as good luck charms.

The truth is that the genetic mutation that causes Manx and Cymric cats to be tailless has been cemented into their DNA over the course of centuries. After all, both breeds originated on the Isle of Man and have been there for hundreds of years.

As they were so unusual, tailless cats were shown at the earliest cat shows, which began in the 1800s. The short-haired Manx cat was popularized first, but it wasn't long until people developed a fondness for the long-haired variety as well. Since many of these tailless long- haired cats came from Wales, they were nicknamed after their origin: Cymric translates to English as "having to do with Wales."

The Cat Fancier's Association stands out from other registries, classifying the Cymric cat as a long-haired Manx variety. 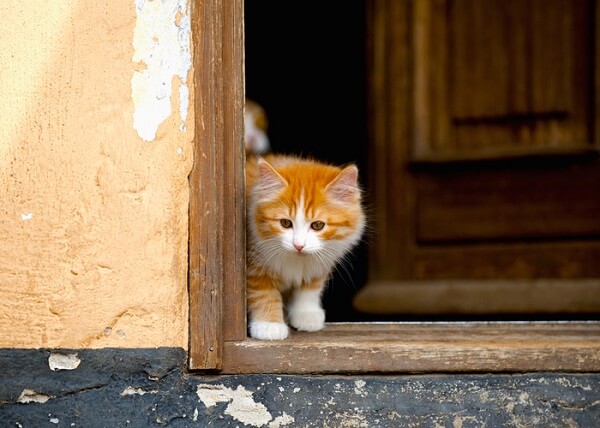 Cymric cats share a portion of their ancestry with Norwegian Forest cats. The long-haired gene that gives Cymric cats their silky, thick coats originates with cats that arrived on the Isle of Man with the Vikings.

Manx cats, including the long-haired variety known as Cymric cats were among the first breeds recognized by CFA when it was founded in 1906.

Since all Cymric cats carry at least one gene for a tail, two Cymric parents are capable of producing kittens with tails. 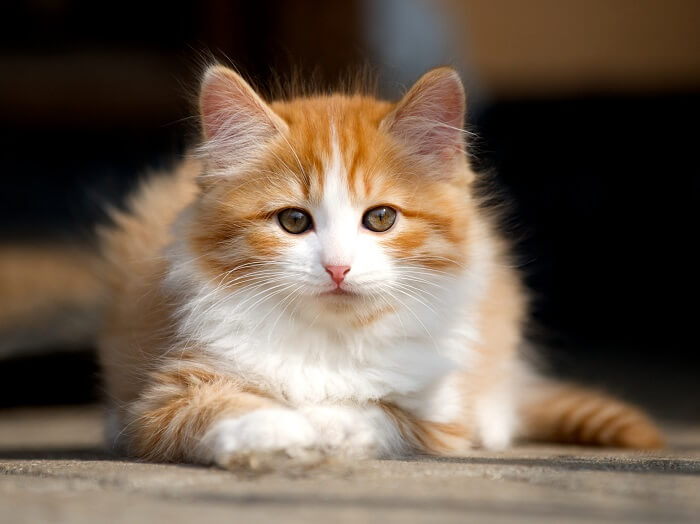 A Cymric cat should have large, rounded eyes that are positioned at a slight angle, with the inner corners slightly lower than the outer corners. The color of a Cymric cat's eyes should complement its coat.

The legs should be strong and sturdy with short front legs that emphasize the chest and hind legs that are much longer, with rounded, muscular size. The paws should be rounded.

Show-quality Cymric cats should be completely tailless or should have the appearance that no tail exists. If extra vertebrae exist at the end of the spine, they are permitted so long as they do not have a noticeable tail joint or detract from the rounded appearance of the cat's rump.

The body should be rounded, with a broad chest and a short back that displays an arch that rises from the shoulders to the rounded rump. These cats should seem heavy for their size.

The Cymric cat displays a well rounded head with prominent cheeks and jowls, well-developed muscles, a strong chin, and prominent whisker pads. Males should have more pronounced jowls than females.

The ears should be wide at the base with a gradual taper that leads to a rounded tip. They should be widely spaced, and should be positioned slightly to the outside of the head. Ear furnishings and tufts are highly desirable in Cymric cats.

The coat should be long and silky with a noticeable neck ruff and breeches, as well as longer abdominal hair. The ruff should be prominent.

Cymric cats may display a wide variety of colors and patterns. A few are excluded from show including lavender, ticked tabby, chocolate, pointed, or any prohibited color or pattern mixed with white markings. Nose leather and paw pad colors should complement the coat.

How much does a Cymric cat cost?

How big do Cymric cats get?

Cymric cats tend to be medium in size. A fully grown Cymric cat might weigh between 8-12 pounds or more and range in height anywhere from about 11"-14" inches tall.

How long do Cymric cats live?

The Average lifespan for Cymric is 10-15 years.

Cymric are long-haired cats, so you do have to expect a certain amount of shedding from this breed, but they don't shed as much as other cat breeds.

One thought on “Cymric”