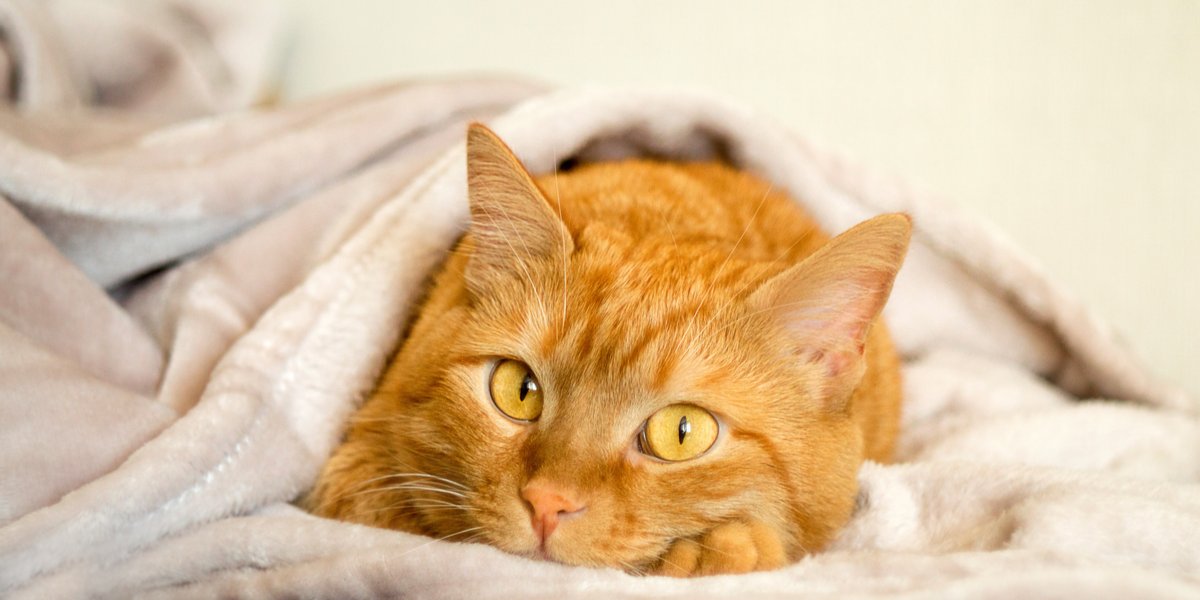 Though technically not a breed, ginger cats are known for their distinct coloration which comes in varying shades of orange, red, and gold. With their tiger-like appearance and their friendly personalities, ginger cats are some of the most popular cats around.

In fact, ginger cats have their own holiday – Ginger Cat Appreciation Day falls on the first of September each year.

Not only are ginger cats popular among pet lovers, but some of the most famous cats in the world are gingers. Think Orangey, the cat from Breakfast at Tiffany’s, Puss in Boots from Shrek, or the quintessential tiger cat, Garfield.

What Makes Ginger Cats So Special? 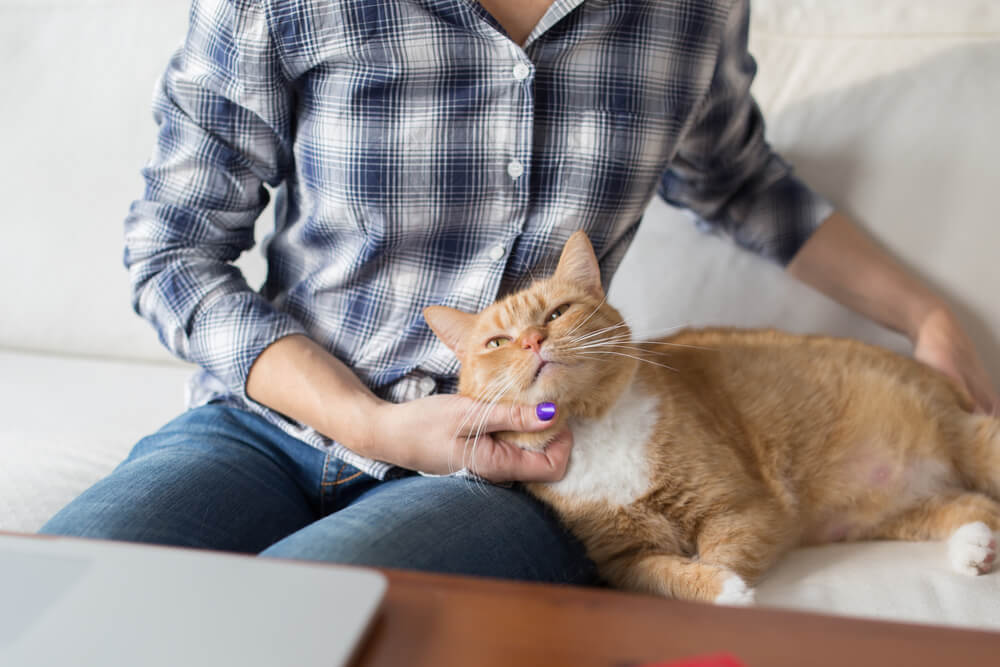 Because ginger cats are not a distinct breed, it’s difficult to make generalizations about their personalities and temperaments. That being said, all ginger cats do share one key characteristic, aside from their orange coloration, of course: they are tabbies.

The term “tabby” refers to a specific coat pattern that involves a combination of stripes, swirls, and spots of color. This pattern is common in both wild and domestic felines.

Also Read: All About Tabby Cats

In fact, all domestic cats carry the tabby gene, though they may not always exhibit an obvious tabby pattern.

Every ginger cat is unique, but because they all carry the tabby gene, they have certain characteristics in common. For example, all tabbies have a distinctive M-shaped marking on their foreheads. The rest of their patterning is determined by genetics. 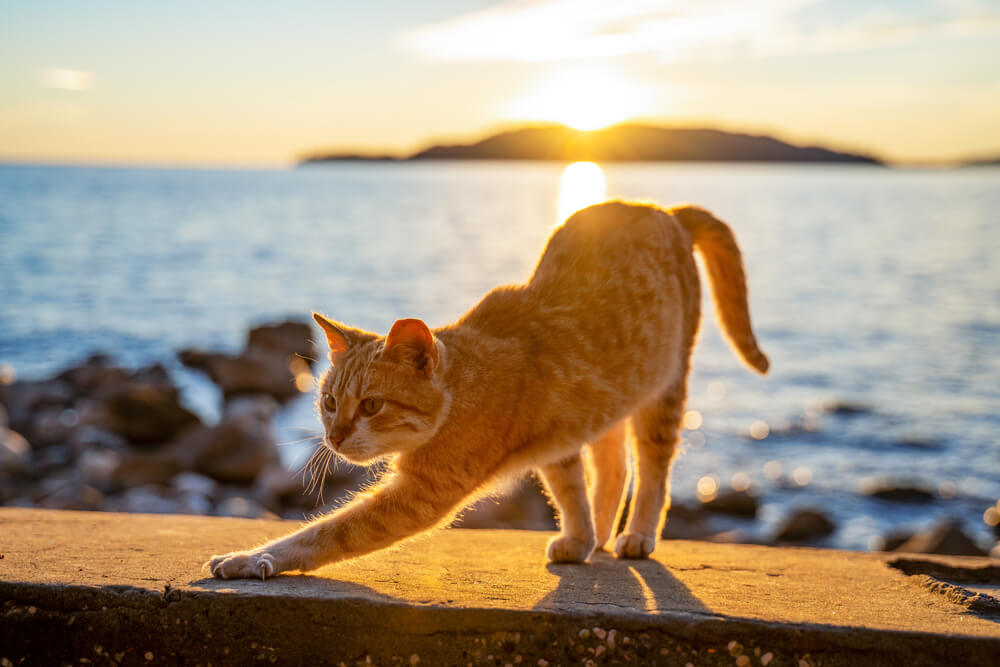 The biggest example of a wild ginger cat is the regal tiger himself. Tigers are a prime example of the tabby pattern at work, though there are a number of different variations.

The tabby pattern is common among big cats, especially among the closest genetic ancestors of the domestic house cat – African, European, and Asiatic wildcats. As such, tabby patterning can be seen in a wide variety of domestic cat breeds including the American Shorthair, Persian, Abyssinian, Maine Coon, and American Bobtail, among others.

There are five different versions of the tabby pattern you might see in ginger cats:

Covered in a swirling pattern of varying shades of orange, the classic tabby is one of the most recognizable ginger cats. These cats have a bulls-eye-like pattern on the sides of their bodies, similar in appearance to a marble cake. The American Shorthair often exhibits this pattern.

The mackerel tabby is also known as the tiger cat due to the series of narrow stripes that run down its sides. These stripes branch out from a ban of color that runs along the cats spine, giving it the appearance of a fish skeleton – this is where the name “mackerel” tabby comes from.

While most tabby colorations involve stripes, the spotted tabby is covered in spots of varying size and shape. You can easily see this pattern in the American Bobtail and Ocicat breeds.

Ticked orange tabbies are unique in a different way. They don’t typically show visible stripes or spots on their bodies, except sometimes faintly on the tail and legs. Instead, their coats are made up of agouti hairs which exhibit bands of pigmentation. The Somali and Abyssinian cat breeds are prime examples of the ticked tabby coloration.

Finally, the patched tabby is also known as the bi-color tabby because these ginger cats exhibit areas of tabby pattern as well as areas of solid color or another pattern.

The Intriguing Genetics Of Ginger Cats 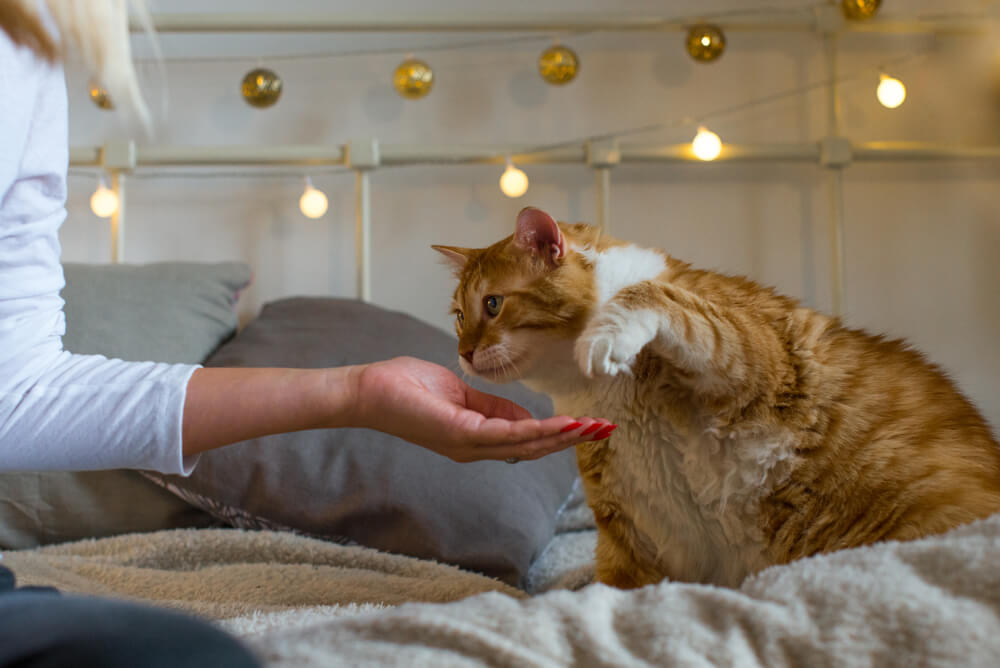 When it comes to coat color, cats inherit a combination of genes from their parents. Interestingly, the wide variety of colors you see in cats comes from just two primary colors: black and red (or orange).

Kittens inherit two copies of each gene from their parents which can be either dominant or recessive. The ginger gene “O” is dominant which means a kitten needs only inherit one copy of the ginger gene to display ginger coloration to some degree.

Whether a kitten displays full or partial ginger coloration depends on how many copies of the “O” gene the kitten inherits. Male kittens need only inherit the dominant “O” ginger gene from their mother to be fully orange while female kittens need to inherit it from both mother and father.

Male kittens that inherit the recessive “o” gene from their mother will be born calico or tortoiseshell and females that inherit “Oo” can be either ginger or calico. 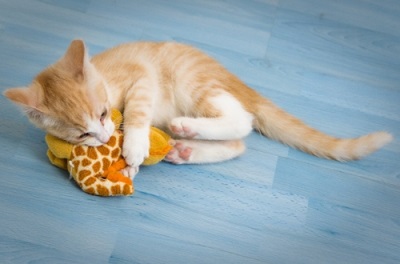 Many different cat breeds exhibit some degree of ginger coloration, so it is difficult to make sweeping statements about the personality and temperament of a ginger cat.

Even so, ginger cats have a reputation for being friendly and easy-going. In fact, a survey conducted by the University of California, Berkeley revealed that cat lovers were more likely to assign positive personality traits to orange cats than white or tortoiseshell cats. Ginger cats were widely regarded as friendly while tortoiseshell and white cats were described as more aloof.

How you raise your ginger kitten plays a role in developing his personality, but the kitten’s breed makeup is a major determining factor as well.

If you’re curious to learn more about your ginger cat’s breed makeup, the Basepaws Cat DNA Kit may be just what you need.

With nothing more than a saliva sample, this service compares your cat’s DNA against the largest cat DNA database in the world. You’ll receive insights into your cat’s breed makeup, his wild ancestry, and important health markers to help you keep your cat healthy. 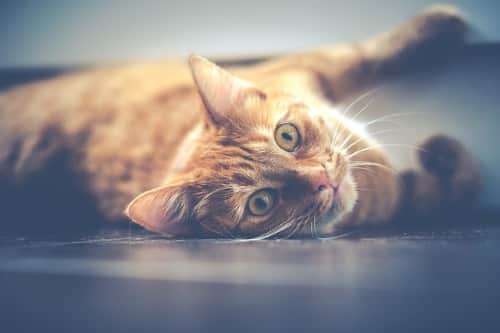 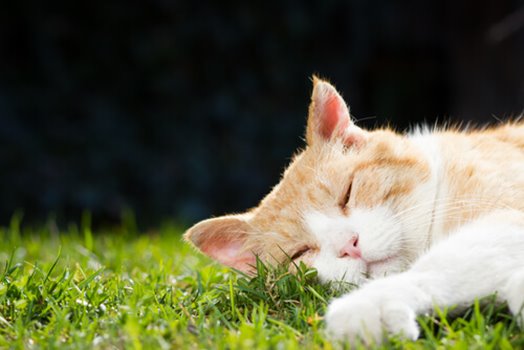 Ginger cats are often called tiger cats due to their orange coloring and striped pattern. They are also called Marmalade cats.

Do you have a ginger kitty? Tell us all about him/her in a comment below!

Are all ginger cats male?

No, the ginger coloration can be seen in both male and female cats. That being said, male cats need only inherit one copy of the ginger gene while females need two. The ginger tabby coloration is three times more common in male than in female kittens.

While it is difficult to make generalizations about ginger cats because they are not a specific breed, some research suggests ginger cats are perceived as being friendlier than other colorations like the tortoiseshell. That being said, every cat has its own unique temperament.

Ginger cats are incredibly popular, and many cat owners describe their ginger cats as friendly and affectionate. Individual personality and temperament may vary, however, so your cat’s breed makeup may influence his or her personality.

How long do ginger cats live?

How rare are female ginger cats?

Only about 20% of ginger cats are female

Why ginger cats are the best?

That's because they are 100% pure awesome

What color eyes do ginger cats have?

Why are ginger cats usually male?

171 thoughts on “All About Ginger Cats”