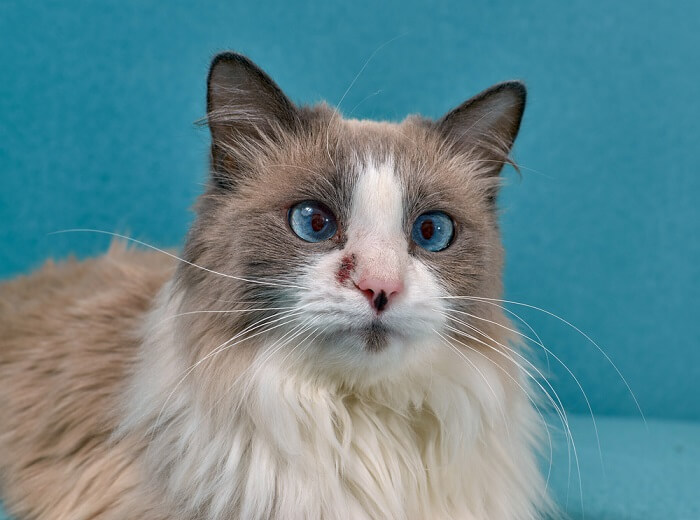 Apoquel is a non-steroidal medication primarily used to treat pets for allergic skin diseases. In this article, you’ll learn about the information available for its use in cats including efficacy, dosing information, side effects, and some frequently asked questions.

About Apoquel For Cats 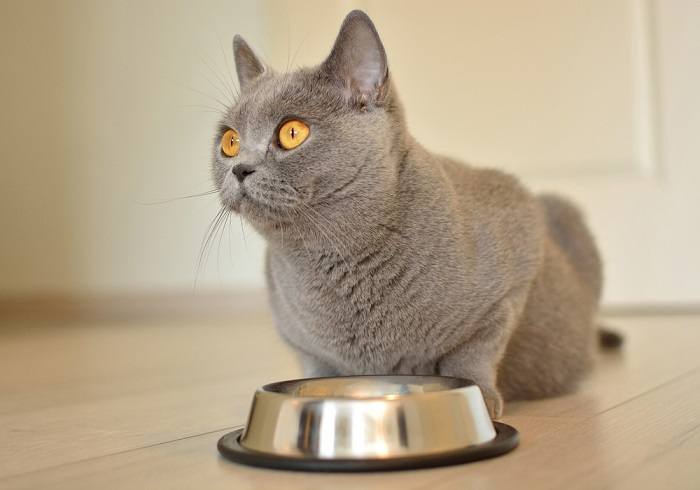 Apoquel has minimal effect against cytokines that rely on JAK-2, which are important for the body’s natural immunity and red blood cell production.

Apoquel, manufactured by Zoetis, is the brand name for oclacitinib, which is a janus kinase (JAK) inhibitor. It has been a very popular medication for its success in helping to treat allergic skin disease in dogs.

While it is not licensed or FDA approved for use in cats, its use in cats has been studied since it came on the market in 2013, and it has also been found to be effective at controlling signs related to similar allergic skin disease in cats.

Currently, there is no generic for oclacitinib and it is only available as Apoquel.

What Does Apoquel Do For Cats? 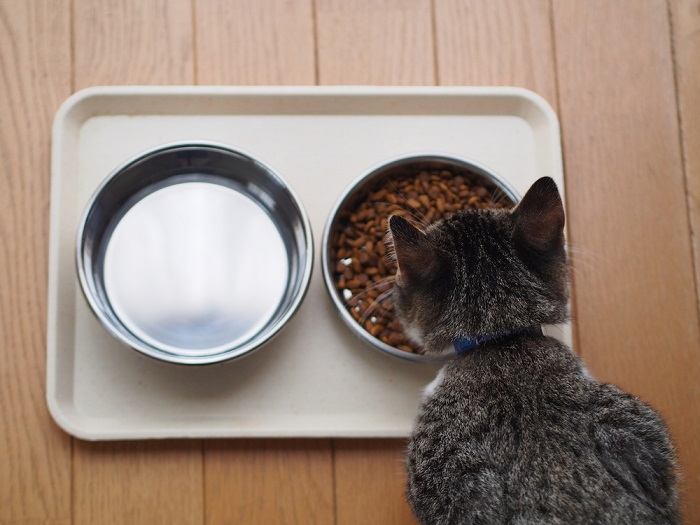 While a certain degree of inflammation is needed by the body, inflammation can also cause tissue damage, discomfort, and illness.

To understand how it works, we first have to start with protein messengers called cytokines, which are secreted by certain cells of the immune system. They are primarily involved in inflammation and the inflammatory process.

While a certain degree of inflammation is needed by the body, inflammation can also cause tissue damage, discomfort, and illness.

Concerning the skin and ears, inflammation is what leads to a red appearance, itchiness (pruritis), and the allowance for secondary bacterial or fungal growth to occur, which makes for more itching and discomfort.

Skin and ear pruritus and secondary infections are what largely plague pets with sensitivities to environmental allergens, which is called atopic dermatitis. Sensitivities to food proteins can lead to similar signs, which is then termed a cutaneous adverse food reaction (CAFR).

Cytokines like interleukin are a main player in causing skin inflammation and pruritus when the immune system overreacts to environmental or food allergens.

Many cytokines require assistance from other chemical messengers in the body in order to function and there are a few that rely on other small proteins called janus kinases. There are three primary ones, called JAK-1, JAK-2, and JAK-3.

Apoquel can block a variety of cytokines and primarily the ones dependent on JAK-1 and JAK-3, by inhibiting their function. Apoquel has minimal effect against cytokines that rely on JAK-2, which are important for the body’s natural immunity and red blood cell production.

While it does selectively suppress some components of the immune system, it is not considered a systemic immunosuppressant like Atopica for cats (cyclosporine).

In dogs, it has been studied to have an effect against allergic itch within 12 hours of dosing and is thought to have a similar effect for cats.

Eosinophilic granulomas and plaques can be commonly seen in cats with atopic dermatitis but may also be seen with other allergy conditions as well. While Apoquel has been found to be helpful for atopy in cats, it has not been fully studied for the treatment of eosinophilic granuloma complex (EGC).

Side Effects Of Apoquel For Cats 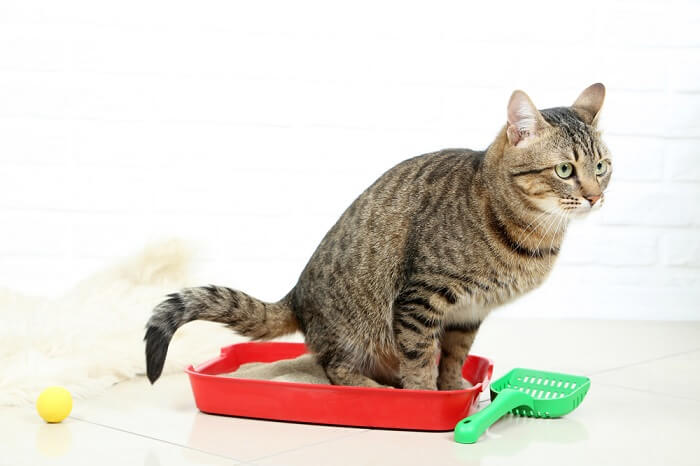 Apoquel could have some side effects and should be used with caution in pets that develop active disease, unrelated to allergic skin disease, like a urinary tract infection.

Adverse effects related to Apoquel have only largely been reported in dogs, as it is used far more frequently in pups compared to kitties. However, it stands to reason that side effects seen in dogs could also be seen in cats.

When first started, digestive upset can sometimes be seen, primarily vomiting and diarrhea. These signs are usually temporary and resolve on their own.

Apoquel is only labeled for use in dogs older than 12 months. As pets under one year do not yet have mature immune systems, some side effects like secondary infections were seen when younger dogs were given high doses in early clinical trials. This precaution should carry over for cats as well.

Apoquel should also be used cautiously in any pet diagnosed with cancer, as Apoquel may suppress certain cytokines responsible for the body’s immune response to certain types of cancers, allowing them to develop or worsen.

Apoquel should also be used with caution in pets that develop active disease, like an infection, unrelated to allergic skin disease, like a urinary tract infection or pneumonia.

The manufacturer does indicate that Apoquel has been used successfully together with vaccines, non-steroidal anti-inflammatory drugs (NSAIDs), antibiotics, parasiticides, anticonvulsants, and allergen immunotherapy. While this can likely be considered true for cats as well, it is important to remember that this has only been studied in dogs. 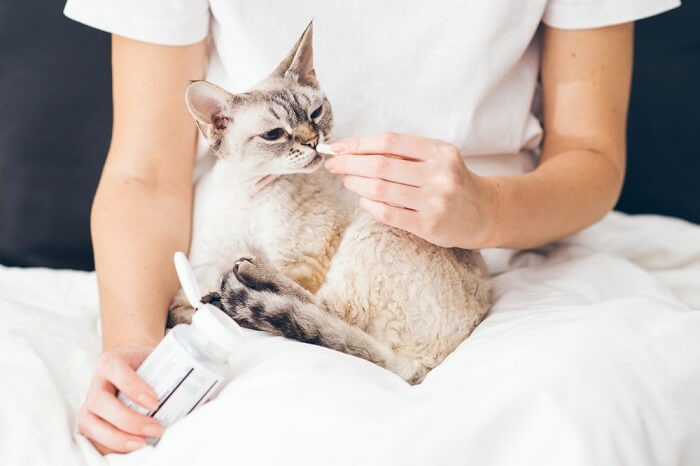 Treating atopic dermatitis in cats can be very complex, and Apoquel may not be the only medication involved in managing a kitty’s case, or the most appropriate to start initially.

It’s important to remember that there is no officially labeled dosage for cats. Dosage guidelines have come from some dermatology studies in cats as well as veterinary experience with the medication over the last several years.

In cats, it has only been studied for hypersensitivity (allergic) dermatitis that does not involve flea allergy and is not food-induced.

The most common practical starting dosage for many cats is ½ of the 5.4mg tablet, or 2.7mg. Depending on the size of a cat and the condition being treated, a veterinarian may elect to alter the dosage.

On the label for dogs, Apoquel is used every 12 hours for the first 14 days of use, then backed down to dosing every 24 hours once a day. If a dog is maintained well on once-daily dosing and has a break-through skin allergy flare, Apoquel can also be increased back to twice-daily dosing for up to 14 days.

A similar dosing schedule is also used in cats. It is important to note that if Apoquel is continued long-term at twice-daily dosing, or if doses are increased beyond recommendations, the risks for immune suppression increase.

Treating atopic dermatitis in cats can be very complex, and Apoquel may not be the only medication involved in managing a kitty’s case, or the most appropriate to start initially.

Other medications commonly involved include glucocorticoids like prednisolone, allergy-specific immunotherapy, cyclosporine, and antibiotics. It can also be common for your vet to recommend seeing a veterinary dermatologist who specializes in skin disease, to help manage your kitty’s allergic skin. 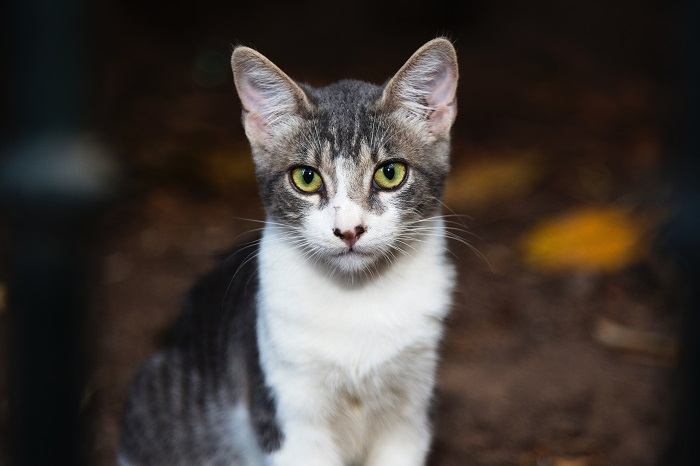 While not labeled for cats, Apoquel has been used successfully in many kitties over the last several years to help bring relief from itchy inflamed skin caused by allergic skin disease.

Because dosing can vary and not every cat may be a good candidate for Apoquel (and every allergic or inflammatory condition may not respond to it), it’s very important to discuss this medication with your vet first.

Is Apoquel Safe For Cats?

While official safety and efficacy studies have not been performed in cats, clinical studies on its benefits and effects in cats as well as several years of clinical use has found that a majority of cats tolerate Apoquel quite well.

Generally, we find it’s important to follow similar guidelines as have been established for dogs, meaning it should not be used in cats less than 12 months of age, and should be used cautiously in cats that have non skin-related illnesses or cancer.

How Much Apoquel Can I Give My Cat?

The most commonly accepted practical starting dose is 2.7mg, which is half of the 5.4mg tablet size.

Apoquel is typically started at every 12 hours for up to 14 days, then dropped down to just once daily dosing.

While this is a common dose proposed for many cats and used in practice, it’s important to remember there is no officially labeled dose. It’s best to have a veterinarian determine what dose to start with for a particular kitty and how the medication should be continued.

How Long Does It Take for Apoquel to Work in a Cat?

The onset of action in dogs is typically within 12 hours of the first dose. While dose-response data has not been provided for cats, it is generally appreciated in veterinary practice that the onset time is similar for kitties as well.

Apoquel is not licensed, labeled, or FDA approved for use in cats. Drug companies may have a variety of reasons for not seeking a drug label for certain animal species, but this does not mean Apoquel is unsafe or dangerous to use in cats. It should however, only be used under a veterinarian's direction.

It is very common in veterinary practice to use medications studied only for humans or certain animal species in other animal species, which is called off-label use. While not sponsored by the manufacturer, there have been promising clinical studies over the last few years looking at Apoquel’s use in cats.