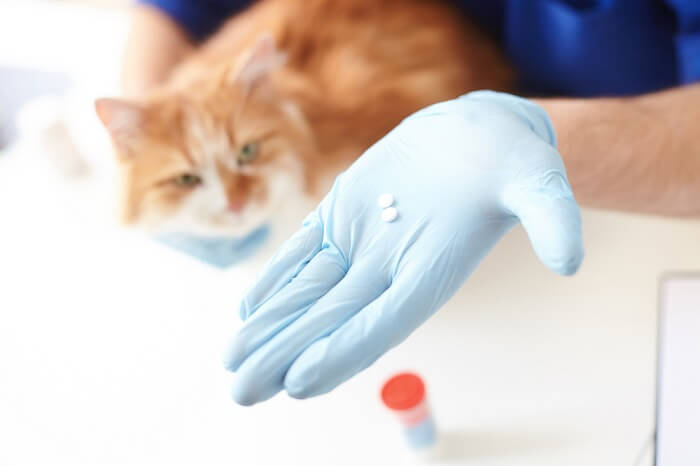 Budesonide is a glucocorticoid steroid that is often used as an alternative steroid option for treating chronic inflammatory digestive conditions in cats.

In this article you’ll learn what budesonide is, how it works, potential side effects to watch for, and some frequently asked questions.

About Budesonide For Cats

In veterinary medicine, budesonide may be used to treat cats with chronic inflammatory enteropathies of the gastrointestinal tract, also known as inflammatory bowel disease, especially if there is concern about using a steroid like prednisolone, which has more systemic activity in the body.

While most cats tolerate prednisolone very well, its full activity systemically through the body may lead to concerns for cats at risk for diabetes (or who are currently under treatment for the disease), and cats at risk for heart disease or who have been diagnosed with a heart condition.

What Does Budesonide Do For Cats? 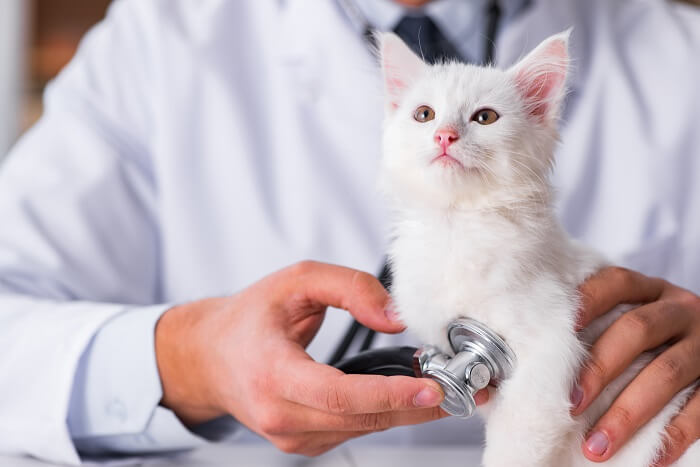 Budesonide has been used for a long time in cats with inflammatory bowel conditions, and appears to be tolerated very well.

The reason budesonide is a good alternative to prednisolone for cats when there is a concern about using a more systemically-acting steroid like prednisolone, is because of the way that budesonide is absorbed by the body and how it acts.

But it is otherwise largely eliminated from the body by a process called a first-pass metabolism effect in the liver. This keeps it from reaching high concentrations throughout the rest of the body.

Although budesonide has more of a limited, localized effect, it should not be thought of as a “weak” steroid. In fact, budesonide is actually a very potent steroid.

In terms of efficacy, many veterinarians consider budesonide and prednisolone to have the same level of effectiveness for treating inflammatory bowel conditions in cats. Budesonide should simply be thought of as a good alternative if there are concerns for systemic steroid use, especially due to diabetes or cardiac conditions.

Budesonide tends to be more expensive than prednisolone and has to be specially ordered through a compounding pharmacy, making prednisolone still a good first-line medication choice in many cases if it is likely to be well-tolerated.

Separate from digestive conditions, budesonide has been shown in studies to improve signs of asthma and chronic bronchitis in cats when an inhaled form is used. However, commercially available budesonide products for inhalation are not compatible with the inhalation chambers widely used for asthmatic cats, making budesonide a poor practical choice for this purpose.

While it is always used in an off-label manner for cats and there is a little official study of its use in cats, budesonide has been used for a long time in cats with inflammatory bowel conditions, and appears to be tolerated very well.

In fact, most cats appear to generally tolerate long-term use of steroids (which is typically always required for inflammatory bowel conditions) pretty well compared to dogs and humans.

As mentioned, the whole point of using budesonide is to limit systemic side effects. Although less commonly seen in cats typically, side effects of using a glucocorticoid can generally include signs like weight gain, hair loss, increased drinking and urination, increased breathing rate, and increased appetite.

But while having few systemic effects, budesonide does still have potent activity locally in the digestive tract. And in this regard, it can have side effects seen with prednisolone as well, like stomach and intestinal erosion and ulceration.

These adverse effects can appear as black tarry stools, bloody vomit that has the appearance of coffee grounds, lethargy, and poor appetite. Most cats with inflammatory bowel don’t exhibit vomiting or diarrhea with signs of blood, so any change like this would be cause for concern and important to notify a veterinary care provider of.

In cats, these effects are uncommon, but more likely to happen if inappropriately high doses are used. If there are any concerns for toxicity from budesonide, make sure to contact your veterinarian, ASPCA Animal Poison Control (1-888-426-4435) or the Pet Poison Helpline (1-855-764-7661). A fee does apply, but your vet will often find a toxicologist’s advice helpful in developing a treatment plan for your cat.

When using any steroid, it is extremely important to avoid use of non-steroidal anti-inflammatory drugs (NSAIDs). For cats, the most common ones used are robenacoxib (Onsior), and meloxicam (Metacam). Use of NSAIDs and steroids together increase the risk for gastrointestinal erosion and ulceration. 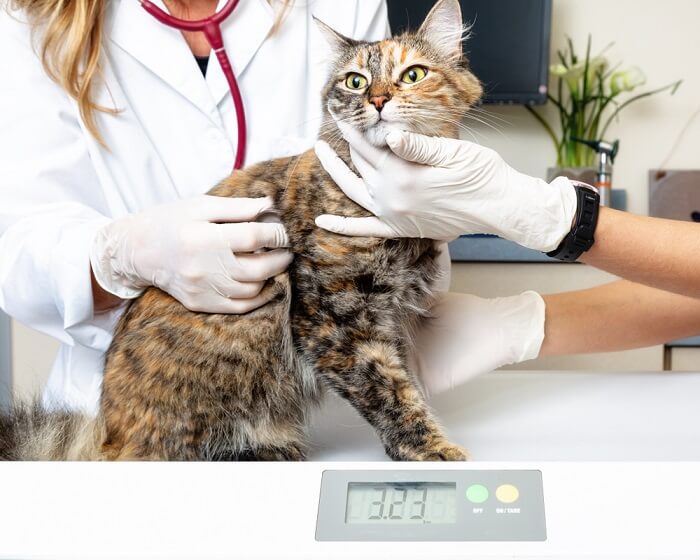 When it comes to determining the right dosage, Budesonide is a little tricky, because the dosage is not based on weight but on body surface area.

Budesonide is a little tricky to dose, because the dosage is not based on weight but on body surface area. It is always best to have your veterinarian determine dosing.

The human formulations of budesonide capsules, like the brand Entocort, are typically too high in dosage for cats. The lowest human dosage starts at 3mg, but most cats will be dosed closer to 1mg or less. For this reason, budesonide is most often ordered through a compounding pharmacy to achieve a safe and appropriate dose.

Budesonide is a great alternative glucocorticoid steroid to use in cats with chronic inflammatory enteropathies/inflammatory bowel conditions where use of a more systemically-acting steroid may cause concerns, such as with diabetes or heart disease.

It is a potent steroid, but only acts locally in the digestive tract, making it a poor choice for many other conditions responsive to steroids. Make sure to discuss with your vet if you think your cat may benefit from use of budesonide.

What Does Budesonide Do for Cats?

Budesonide is a glucocorticoid steroid that acts more locally in the digestive tract to suppress inflammation and immune-mediated disease. It is often used as an alternative in cats suffering from chronic inflammatory enteropathies/inflammatory bowel disease where use of systemically acting steroids like prednisolone would be undesirable. The most common situations are in cats at risk of or suffering from, diabetes and/or heart disease.

How Long Does It Take for Budesonide to Work in Cats?

Absorption rates in cats do not appear to have been officially studied, but in dogs, concentrations reach their peak in about 1 hour. In people, the peak absorption is variable, taking up to 12 hours.

Practically, with any chronic inflammatory condition affecting the digestive tract, it may take a few days to see reduction in signs like vomiting or diarrhea. In cases where a cat has lost weight due to a condition like IBD, it may take a couple of weeks to see weight gain develop.

What Are the Long-Term Side Effects of Budesonide?

Long-term side effects in cats appear to be uncommon, as long as budesonide is dosed properly. Systemic effects common to steroids like increased drinking, urinating, appetite, panting, hair loss, etc., are typically not seen with budesonide because of its more locally acting effect in the digestive tract and low systemic concentrations.

It is possible, especially if high doses are used, to see side effects limited to the digestive tract, like bloody vomit or stool (a coffee grounds appearance and black tarry appearance respectively), from erosion or ulceration of the stomach and intestinal lining.

Can Budesonide Cause Diabetes in Cats?

Typically, no, and in fact if a cat with diabetes is found to have an inflammatory bowel condition, budesonide would be a top choice for treatment because it acts more locally in the digestive tract and has far fewer systemic effects in the body.

Diabetes in cats is seen almost exclusively in kitties who are overweight or obese, where their bodies have developed insulin-resistance. This is similar to type II diabetes in humans. The reason systemic steroids, like prednisolone, can contribute to diabetes, is that they also contribute to insulin resistance, which can tip a cat already at risk over the edge.

However, when used appropriately, budesonide’s locally acting properties limited to the digestive tract keep it largely out of systemic circulation, far reducing the risk for it to contribute to insulin resistance and subsequent diabetes.