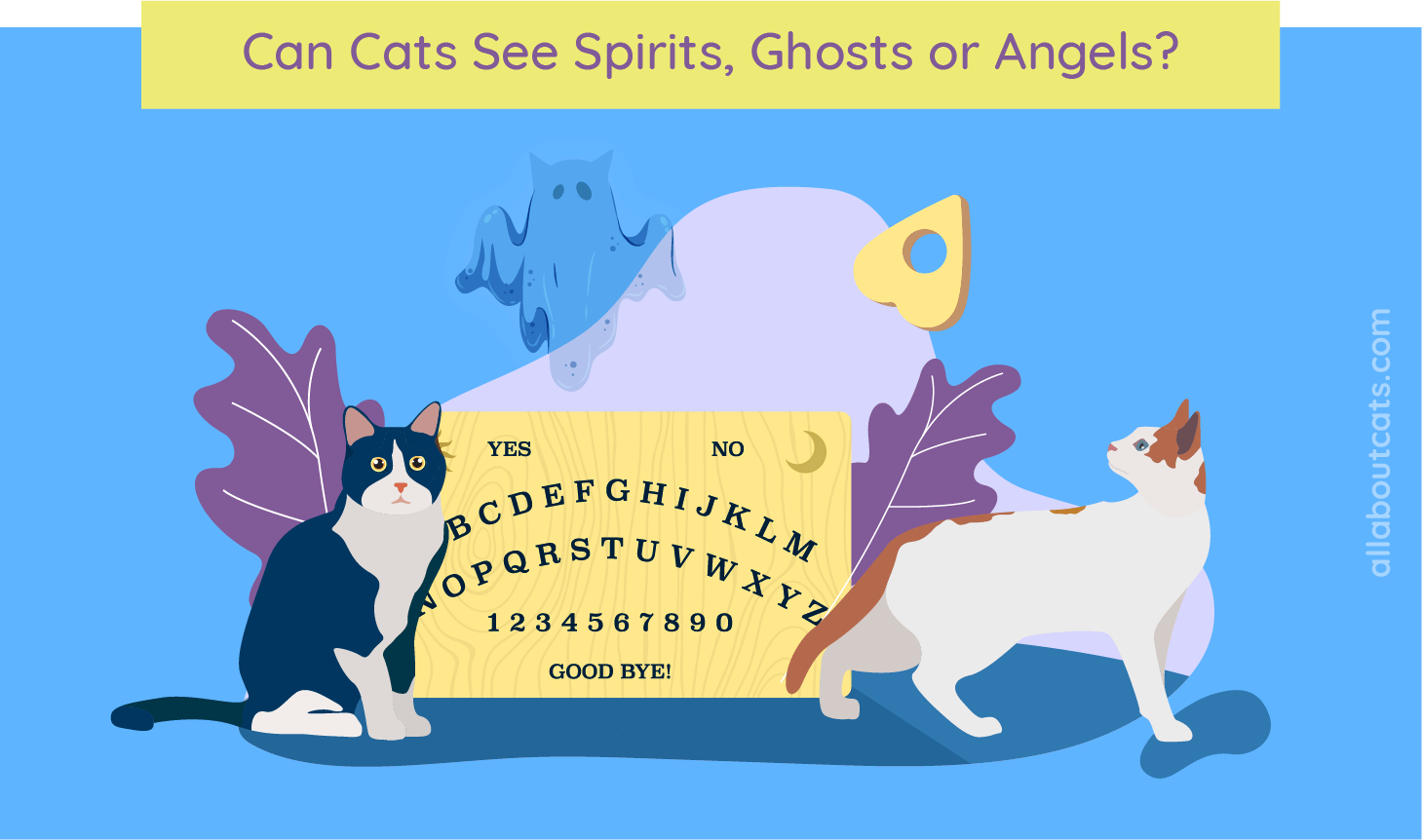 We’ve all seen the scary movie where the dog or cat reacts to something no one else in the room can see. Animals have an uncanny ability to sense danger, emotions, and even things we as humans don’t fully understand.

Which begs the question, can cats see ghosts? How about angels? Or even demons?

Animals may not use a language to communicate like humans, but a true observer will realize that animals like cats and dogs do communicate by other means, and they do it very well.

The cat is one such species and, apart from communicating with their owners, they have an unspoken connection with each other and the world around them. It might seem a bit unusual by human standards, but if you observe cats keenly, they are not as unaware as many might consider them to be. 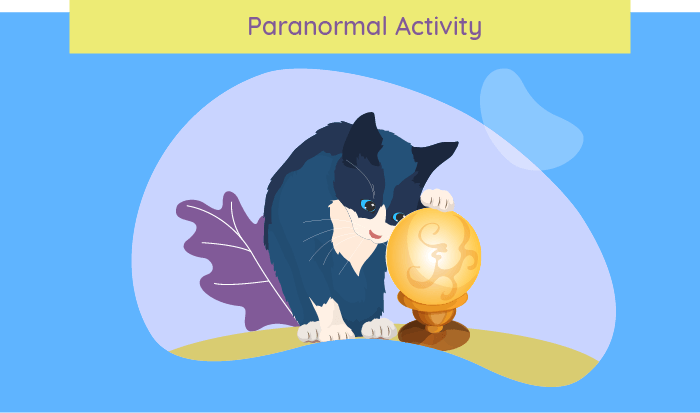 Some feline observers have found their cat stares continuously at a particular spot, a spot that was later involved in strange activity. Other examples include cats that stare at the stairway like someone is walking up and down or a cat staring at wall ghost. After staring a while, it looks like they are trying to fight something off their face.

The logical explanation might be that the cat is simply playing, while others might just think this is the way cats behave. But is that really true?

In one story, a cat lover reported that his cat was constantly staring into an unoccupied room. He later reported that he could hear usual sounds coming from the room, despite the fact that it was empty.

Did the cat see something that was not visible to the human eye?

It has been predicted that cats can see things from the spiritual world which normal people usually cannot. According to some studies, cats genuinely know more than humans. They feel certain vibrations, and that seems to be the reason they despise people who are not fond of cats.

Can cats sense evil in a person?

well, It is quite shocking, but they can sense negativity coming from certain people, and they tend to either stay away from such people or hiss at them.

They even know when their owners are going to arrive and who loves them the most. They are even capable of realizing danger when it threatens them or their owners.

Another well-known trait they possess, is understanding when their caretaker is sad or hurt. Such telepathic traits make it more believable that our feline friends are completely capable of sensing things that we humans may often not notice. This is why some cat owner believe can cats see guardian angels. 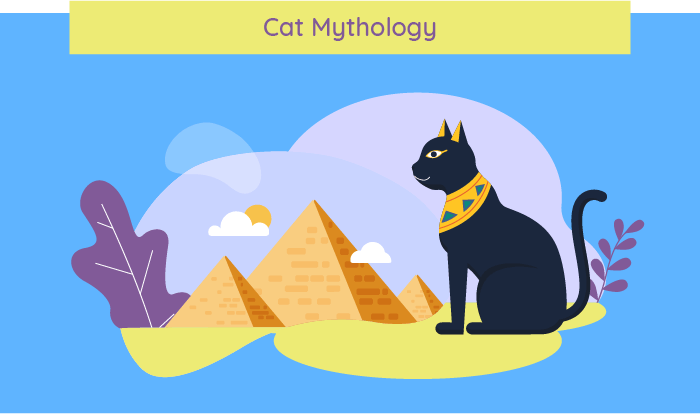 In ancient Egypt, cats were worshiped, and Egyptian culture is famous for its devotion to cats. Killing a cat was considered a crime and anyone who did was severely punished. If a pet cat died, everybody in the owning family had to shave their eyebrows.

Bastet or Bast was an ancient Egyptian goddess of protection and cats. She was the daughter of Ra and his defender – she was also the protector of women’s secrets and a guardian against evil spirits and diseases.

Not only did ancient Egyptians worship the cat, but they considered it a way to communicate with the realm of spirits. if Egyptian mythology is to be believed, cats can communicate with spirits, and it tracks that they might also be able to clearly identify one.

In fact, ancient Egyptian mythology claims cats are mediators between the human and spirit realms. Could that really be true?

Are Cats Protectors From Spirits? 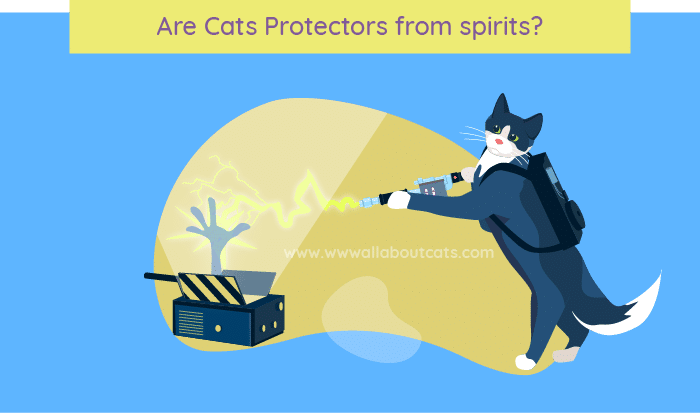 Ancient Egyptian mythology claims that cats are blessed with the power to ward away evil spirits while Buddhists believe that cats are the souls of the dead who live in the bodies of cats before they get a new life. Many folklore tales claim that dogs bark in the night to ward away any evil spirits. The same is said for felines as well.

Many believe that cats can easily predict future as they get to ‘know’ their owner, or that they can easily sense feelings. They certainly may not be able to completely protect you from evil spirits, but they may warn you if anything bad is about to happen, according to popular belief.

What Do The Experts Say?

People love to tell ghost stories about cats, especially around Halloween. If you talk to certain animal experts, however, you may come to believe that there’s something to the idea that cats can see and maybe even interact with ghosts, spirits, or other paranormal entities.

Jackson Galaxy, a cat behavior and wellness expert along with the host of Animal Planet’s My Cat From Hell, agreed to an interview with Madeleine Aggeler, a journalist for The Cut.

When asked if cats could really see ghosts, Galaxy explained, “Cats have evolved to sense things that we, as humans, can’t. Their eyes can see perfectly with the smallest bit of light, they can hear six to eight times better than we can, and their whiskers are designed to detect everything from temperature changes to air current changes.”

While these adaptations may not be proof that cats can see the spirit world, Galaxy notes that he’s had his own experiences with odd cat behavior. His cats are always picking up energy in the house he himself admits to being a believer in the spirit world.

To further explore the subject, Aggeler spoke to Katherine Bozzi, an animal communicator who uses meditation to communicate with animals both living and dead. In an email, Bozzi commented, “Animals in general are more open to experiencing spiritual connections than humans… because they’re not culturally conditioned to dismiss these moments as pure imagination.”

It’s difficult to say for sure whether there’s anything to the idea that cats sense ghosts, angels, or other paranormal entities but a significant number of people seem to think they can.

So, Do Cats Really See Ghosts And Angels?

Sadly, cats have been associated with bad luck as well. Whenever a black cat crosses your path you either wait for someone to cross it first or you may take a turn and try going on another road. It may seem trivial, but the simple fact that we still do that shows that we must believe it to some degree.

On the other side of the coin, there are those who adore cats and don’t believe they could be associated with any supernatural abilities.

Whichever the case, we do have to admit that cat behavior can be strange at times, and that sometimes we can see them act as though they were seeing someone around. Still, believing whether they possess any supernatural power or not is entirely up to you.

Has your cat seen a ghost? Do you believe you cat has a sixth sense? Tell us in the comments below!

In ancient cultures it was believed that cats could not only sense bad energy but could also protect their guardian angels from evil spirits.