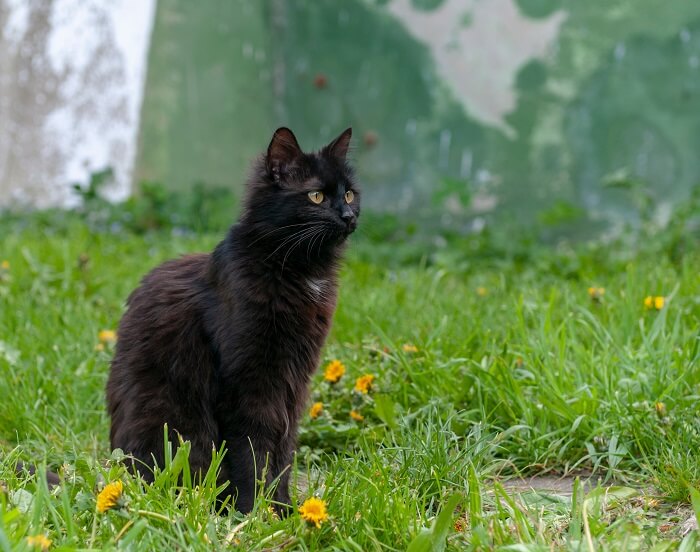 Temperament
? The breed’s dominant personality traits. While each individual has a unique personality, breed-specific genetics affect qualities like sociability, playfulness, and intelligence.
Friendly, athletic, devoted, charming
Origin
? Where this breed was first established.
United States
Other Names
? In addition to their official names, most breeds earn a few nicknames.
York cat
Group
? Breeds are grouped by their size and coat type.
Large long-haired
Height
? The typical adult height among individuals of this breed. Height is measured from the top of the head to the bottom of the front paws.
8"- 10"
Body Length
? The typical adult body length among individuals of this breed. A cat’s length is measured from the base of the tail to the tip of the nose.
12"-15"
Weight
? The typical adult weight range of this cat breed.
10-16 pounds
Life Expectancy
? The average lifespan of the breed. While life expectancy is fairly consistent across all cat breeds, some breeds tend to live shorter or longer than others.
13-15 years
Price
? The average price.
$600 - $1000
Affection Level
? Breeds with a high affection level want to give and receive a lot of attention, while less-affectionate breeds are not as interested in petting and snuggles.
0 100%
100%
Activity Level
? Breeds with high activity levels will engage more in active play and demand more space and attention.
0 100%
100%
Pet-Friendly
? How well the breed tends to get along with cats, dogs, and other pets.
0 100%
100%
Kid-Friendly
? Breeds with a higher rating in this area tend to be gentle and patient, while lower-rated breeds may feel uncomfortable with children.
0 100%
80%
Sociability
? Breeds with a higher sociability rating will want to spend time with you all day, while less-sociable breeds seldom seek out human interaction.
0 100%
80%
Intelligence
? Breeds with higher intelligence ratings are more curious, investigative, and easy to train. Less-intelligent breeds are less trainable but often laid-back and easygoing.
0 100%
100%
Playfulness
? Breeds that score higher in this area have strong hunting instincts that make them great playtime companions.
0 100%
100%
Independence
? Breeds that score higher in this area are able to spend hours alone, while less-independent breeds require plenty of attention.
0 100%
60%
Vocality
? A higher rating in this area indicates a breed prone to plenty of meowing and other vocalizations, while less-vocal breeds are happy to stay quiet.
0 100%
100%
Grooming
? Breeds with higher grooming scores require more maintenance like brushing and bathing, while lower-scored breeds are virtually maintenance-free.
0 100%
60%

About the York Chocolate Cat

Also known as “Il Gatto Cioccolato,” the York Chocolate cat was a registered cat breed with deep brown, almost black fur. These kitties had luxurious fluffy coats thanks to their ancestors, who were primarily domestic long-haired cats of different breeds.

The York Chocolate cat was a friendly breed, happy to spend time with its people and fond of cuddling. These kitties were described as being playful, energetic, and intelligent, with a curious streak and an appreciation for being part of daily life. Mice didn't stand a chance in homes where your Chocolate cats were present as these beautiful felines also happened to be excellent hunters. 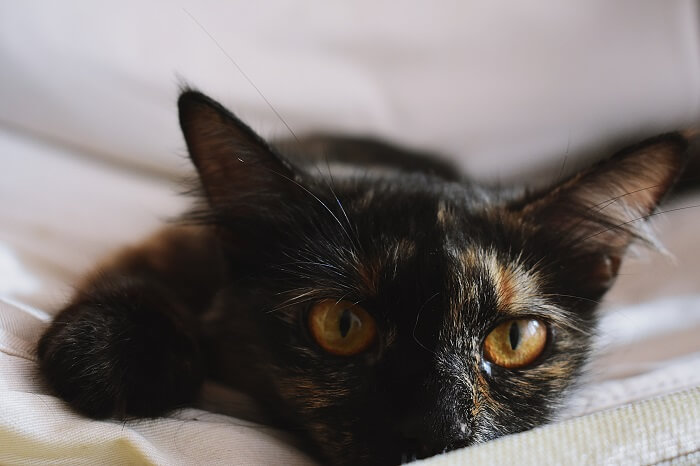 The York Chocolate cats did not have any special nutritional needs, however like most other cats, it's likely that members of the breed thrived on high-quality food that incorporated real meat or fish as the main ingredient.

Described as playful and energetic, it's more than likely that the York Chocolate cat enjoyed all the same activities that most other cats do, including climbing to the very top of its favorite cat condo, stretching on a scratching post, chasing laser beams, and hopping up into a window seat for a comfortable view of the great outdoors.

As these kitties were of mixed heritage, it's quite likely that they enjoyed good health overall, probably with a tendency to exhibit some common health issues that we see in most domestic breeds today. Obesity and periodontal disease are two of the most prevalent, along with communicable diseases that can be prevented with routine vaccinations.

The York Chocolate cat enjoyed a short burst of popularity. Developed in 1983 by a breeder named Janet Chiefari, the first York chocolate cat came from a litter that was sired by a black long-haired cat. The mother was a black and white cat, also with a long coat. At least one of these cats had Siamese ancestry, which contributed to brown coloring in a single member of the litter, a female kitten that was aptly named Brownie.

When Brownie reached maturity, she was bred with a black long-haired male. This pairing resulted in a litter of just two kittens including a chocolate mail and a female with a white and chocolate coat.

In March 1990, the Cat Fanciers' Federation of the New England region granted the York Chocolate cat experimental status, which was ultimately expanded to championship status in 1992. A few other breed clubs and small registries accepted York Chocolate cats as well, however no registered individuals are known to exist, and the breed is officially considered to be extinct.

It is completely possible that cats with similar DNA, personalities, and appearances exist; the label "extinct" applies due to the disappearance of registered York Chocolate cats. 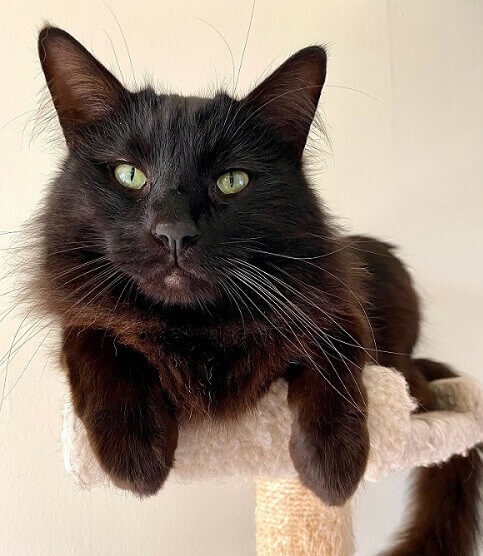 York Chocolate cats are named after New York, where the breed was developed.

Even though York Chocolate cats were incredibly affectionate toward their family members, they were often shy with strangers.

A club dedicated to the breed was developed in Italy. Known as the International York Chocolate Federation (IYCF), it has been inactive since 2004.

No breed standard exists for the York Chocolate cat. 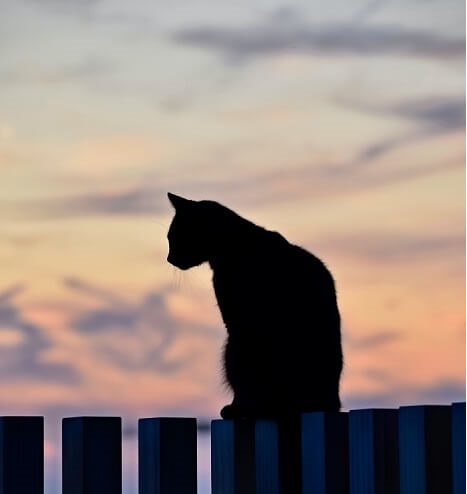 How much does a York Chocolate cat cost?

How big do York Chocolate cats get?

The Average lifespan for York Chocolate is 13-15 years.

York Chocolate are long-haired cats, so you do have to expect a certain amount of shedding from this breed, but they don't shed as much as other cat breeds.

One thought on “York Chocolate”