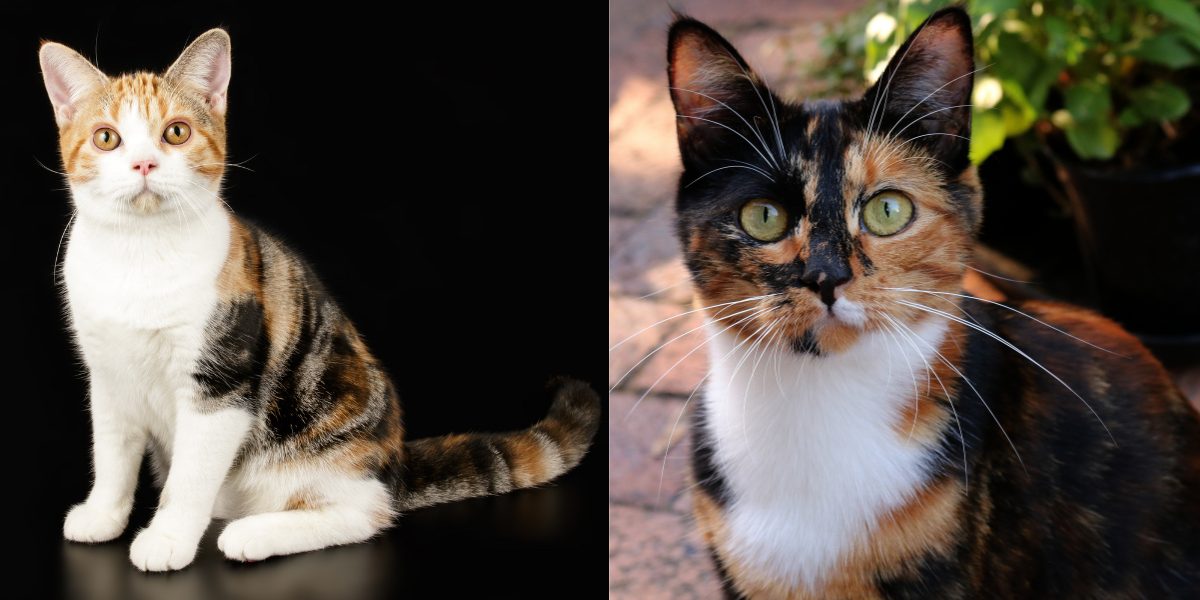 With dozens of different breeds, colors, and coat patterns, every cat is unique. The Cat Fancier’s Association provides a handy chart to help us categorize all of our colorful cats and identify specific patterns, but with so many combinations of colors and markings, it’s harder than it sounds.

Disregarding breed for the moment, there are six main varieties of cat fur patterns: tabby, solid, bicolor, tricolor (also called calico), tortoiseshell, and colorpoint. To make things even more confusing, however, it’s also possible to have a cat that has more than one of these classic fur patterns. The caliby cat is the perfect example.

The word “caliby” is a combination of calico and tabby to stand for the two different types of fur patterns. These cats have the colors of a calico and the stripes, swirls, or spots of a tabby. Here’s everything you need to know.

What Is A Calico Cat? 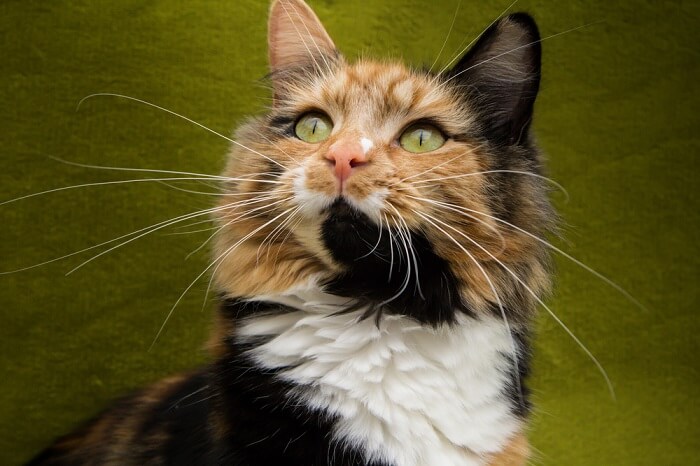 Also called tricolor, a calico cat is relatively easy to recognize. For these felines, it’s all about color. A calico has white, black, and orange fur. Many times these colors appear in random patches all over the body. Some are mostly white with the other colors sprinkled in, and sometimes there are only a small amount of one of the colors. In other cats, however, the three colors appear to be almost equal.

Also Read: All About The Majestic Orange Tabby Cats

One of the most charming things about calico cats is that they’re all unique. You’ll never find two calicos with exactly the same markings. You’ll also be hard-pressed to find a male calico. Due to the specific genes that trigger their color combination, almost all calico cats are female. If you do find a male, it has a rare gene mutation.

There is also such thing as a diluted calico. This type of cat has gray fur instead of black, and the orange will appear as a light cream color.

What Is A Tabby Cat? 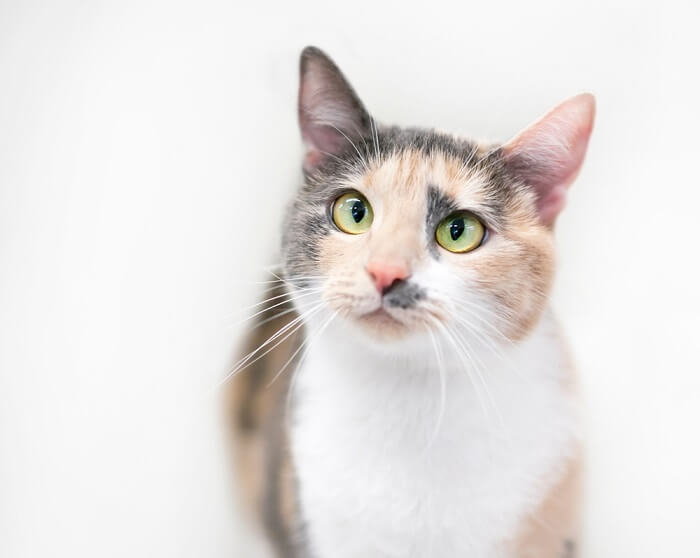 The other half of a caliby is the tabby coat pattern. Contrary to popular belief, a tabby cat is not a specific breed of cat. The word only refers to the cat’s fur pattern, and tabbies are found in several different breed standards. In fact, the tabby coat markings are the most common of all the feline coat patterns.

There are five different types of tabby markings. These include the classic tabby swirls, mackerel tabby stripes, spots, patches, and the harder to identify ticked tabby cat.

A caliby has any of these fur patterns with the classic calico coloring. Identifying the tabby markings might not be obvious at first. Tabby stripes, swirls, or spots can be faint depending on how the gene is expressed.

A good place to start is by looking at the cat’s forehead. All tabby cats have an “M” marking between their eyes. Also look at the cat in different lighting and at different angles to determine whether the tabby markings are there.

Other Facts About The Caliby Cat 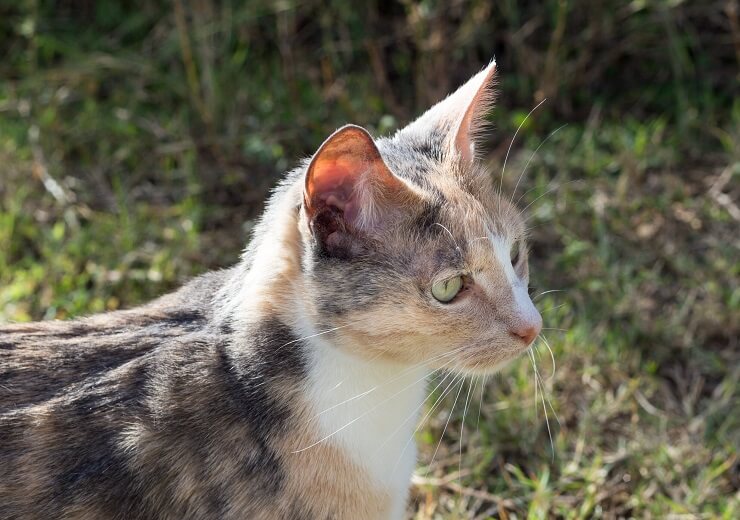 While caliby cat’s aren’t rare, they’re not as common as a calico or tabby. This interesting combination of color and pattern shows up in certain cat breeds including the Cornish Rex, Persian, Manx, Scottish Fold, and Exotic Shorthair. It also shows up naturally in mixed breed domestic cats.

Also Read: The 9 Friendliest & Nicest Cat Breeds In the World

As with the calico, caliby cats are female with the exception of males with rare gene mutations.

If you’re lucky enough to have a caliby cat in your life, you already know these felines can be both sassy and sweet. No two look alike, and you could stare at their interesting patterns and colors all day.

Cat Behavior
Which Personality Type Does Your Cat Have?
JOIN THE FAMILY

2 thoughts on “What Is A Caliby Cat?”