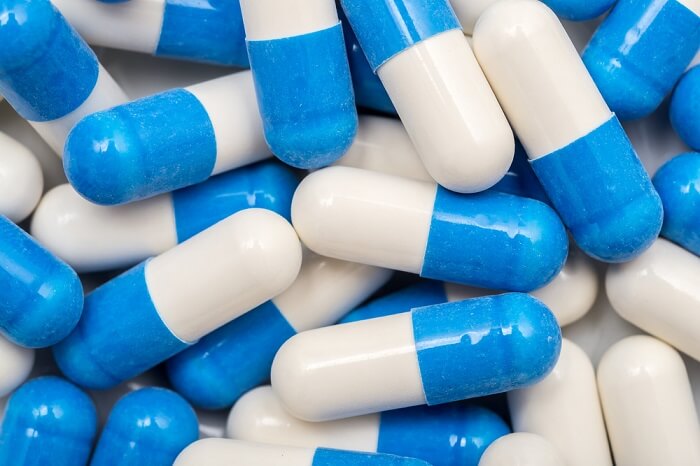 Neomycin is an antibiotic most often used in veterinary medicine as part of a triple combination topical medication for disorders of the eye. In this article, you’ll learn about how neomycin acts against bacteria, formulations it comes in, side effects and precautions to be aware of, and some frequently asked questions.

About Neomycin For Cats 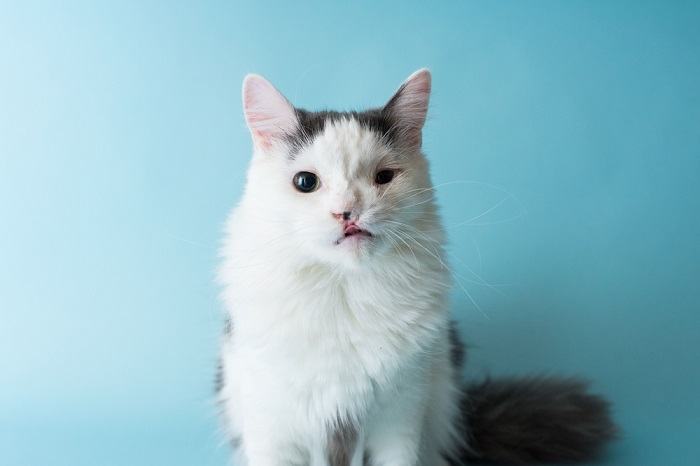 Neomycin is an aminoglycoside antibiotic. This class of antibiotics acts on bacteria by interfering with the bacteria’s ability to synthesize certain proteins needed for their growth and reproduction.

Neomycin comes in both oral and topical forms. The oral form is uncommonly used in veterinary medicine, but may be rarely considered in cases to reduce bacterial growth in the digestive tract. This may be in preparation for a procedure like colon surgery, or to reduce ammonia-producing bacteria that are contributing to signs of a liver disorder called hepatic encephalopathy.

Oral neomycin is not well absorbed, and so its general use as an oral antibiotic is very limited. The injectable form comes with significant concerns for kidney toxicity, making its other injectible antibiotic cousins more likely choices if indicated.

Tresaderm, which is labeled for use in cats for topical treatment of skin and ear infections, contains neomycin along with the corticosteroid dexamethasone, and antifungal thiabendazole.

What Does Neomycin Do For Cats? 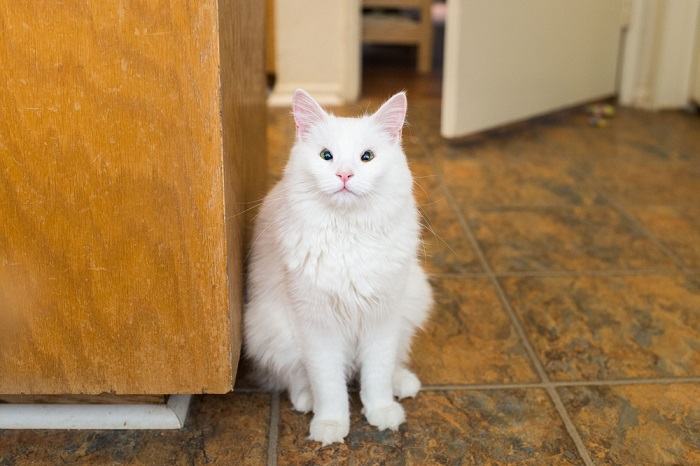 Most commonly, neomycin may be used topically in cats for small wounds on the skin, local areas of bacterial infection, and for ear infections caused by bacteria.

Side Effects Of Neomycin For Cats 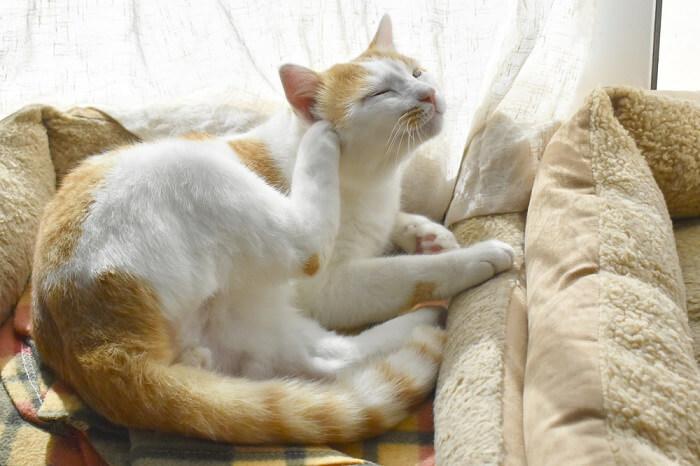 Neomycin may be used topically to treat small wounds on the skin, local areas of infection, and ear infections.

Some cats can have a topical hypersensitivity or reaction to either neomycin, polymyxin B (which it is often paired with) or both.

At the low end, this may be seen as itching, scratching, or irritation at the application site. At worse, a severe allergic or anaphylactic reaction may occur.

Fortunately, this type of reaction has not been associated with products containing a steroid (like dexamethasone, hydrocortisone, betamethasone, or triamcinolone).

As a majority of neomycin products used in veterinary medicine do contain a steroid to address skin or eye inflammation, serious reactions to most veterinary products appear to be uncommon.

But because neomycin is a common ingredient in many over-the-counter triple antibiotic ointment products that don’t contain steroids (Neosporin, etc.), it’s important to always look at the ingredients of any OTC product you plan to use for your pet, and check with your veterinarian before using it.

Any eye medication containing a steroid has the potential to worsen disease if a corneal ulcer is present. A corneal ulcer is where a scratch or abrasion on the eye gets infected and starts to erode the corneal surface.

This is why it is very important not to use a steroid-containing medication in the eye unless you have been directed to do so by your veterinarian. During an exam of an eye issue, a veterinarian will often apply a stain called fluorescein to the eye to check for the presence of an ulcer and make sure that using a product containing a steroid is safe.

It’s also very important to be aware of the form or type of neomycin topical preparation you have. There are brands and generic products for skin, ear, and eye products and it is very important not to use skin/ear products in the eyes. 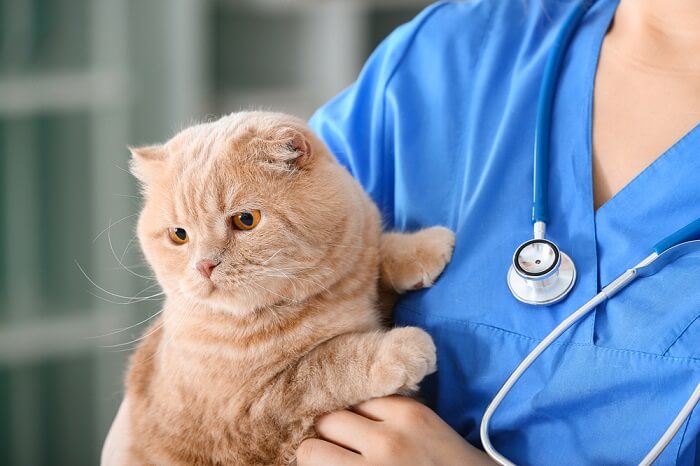 Your veterinarian will instruct you how to give neomycin, including how much and how often to give it your cat.

For most topical eye preparations, a single drop or about a ¼-inch strip of ointment is used, anywhere from twice a day up to three to four times per day in the affected eye.

For other topical preparations for the skin and ears, application every 12 hours is common. But it’s important to follow your veterinarian’s instructions, as application amount and frequency may differ depending on what is being treated.

For the oral form of neomycin, a dose is not provided here, as it is an uncommonly used form except for very specific circumstances and in those cases, a veterinarian’s instructions should be closely followed. 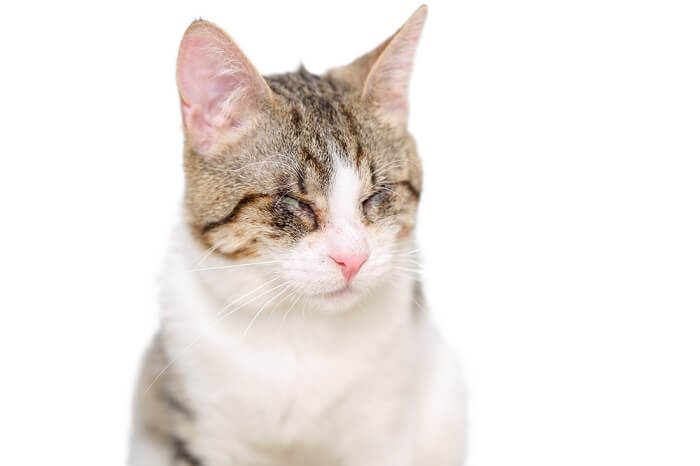 While the oral form is uncommonly utilized in veterinary medicine, neomycin is a very common ingredient in topical preparations for the eyes, ears, and skin.

Some cats may have allergic sensitivities to neomycin, which is seen less commonly in combination products also containing a steroid.

What is neomycin and polymyxin B sulfates used for in cats?

Most commonly, neomycin and polymyxin-B are found in topical combination products used in cats to treat eye infections, like conjunctivitis. It is common to find them also paired up with a third ingredient, such as a steroid like dexamethasone.

Is neomycin ointment safe for cats?

Some cats can have a mild to severe allergic sensitivity to neomycin. This may appear mildly as some scratching or irritation at an application site, or may present as an anaphylactic reaction. Fortunately, it does appear that such reactions are far less recognized in neomycin products containing a steroid, which a majority of veterinary medications containing neomycin (Animax, Entederm, Tresaderm) contain.

Can you use neomycin and polymyxin B sulfates and hydrocortisone otic in cats?

It’s important to never use ear medication in your cat without first consulting with your veterinarian. This is especially true of any human medication preparations. The only product labeled for use in cats for ear infections currently is Tresaderm, though veterinarians may use some products approved for dogs in an off-label manner in cats.

What is neomycin used for in animals?

Neomycin is an antibiotic with a spectrum of action against certain bacteria. The oral form is used uncommonly in animals as a way of “sterilizing” the gut to either reduce ammonia-producing bacteria or prepare the colon for surgery. More often, neomycin is used as part of a combination product, or “triple” antibiotic ointment for treating eye, ear, and skin infections in pets.

2 thoughts on “Neomycin For Cats: Overview, Dosage & Side Effects”