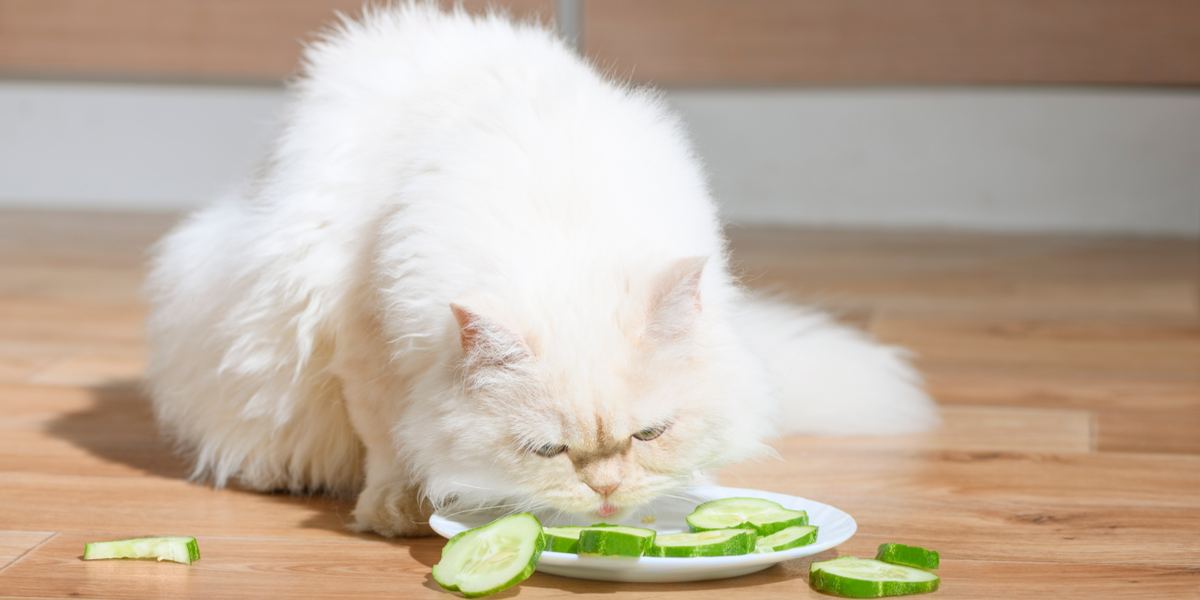 Cucumbers are a common and healthy part of our diet as humans, but if your cat wants to join you in eating this tasty food, is that a problem?

Cats are naturally carnivores and their diet should be mostly made up of meat to ensure they get the correct balance of nutrients. Some essential nutrients that cats need, but cannot make themselves, are contained in meat and meat products.

Cucumber is generally safe in small quantities for cats, but there are some considerations if you wish to include it in their diet. The high water content of this vegetable means that if given in large amounts it can upset your cat’s tummy and give them a case of diarrhea.

These feline-specific dietary needs mean it is usually the safest option to feed your cat a commercial cat diet, which will be tailored to provide a balanced diet for your cat.

Cats in the wild hunt and eat a range of different small prey, so do enjoy some variety in their diet. The odd titbit of human food is therefore fine, as long as you choose a food that is safe for cats.

Cucumber is safe to give to cats in small amounts, but there are some considerations when deciding whether to give your kitty a slice. Read on for more information. 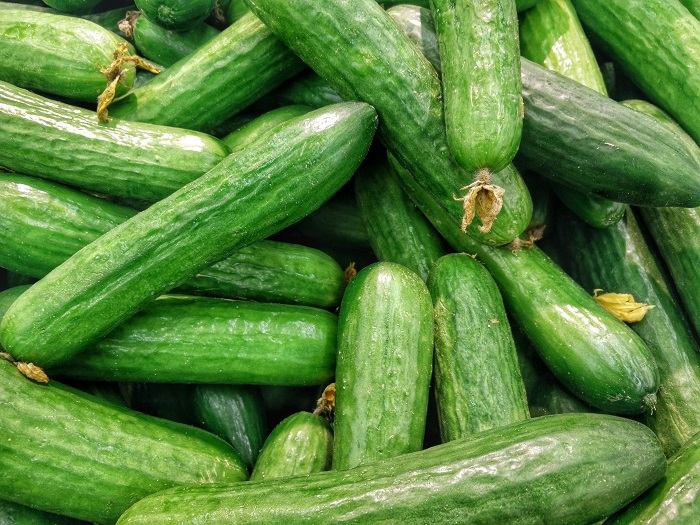 Here are some basic nutritional stats for cucumber. These figures apply to approximately 100 grams of fresh cucumber. 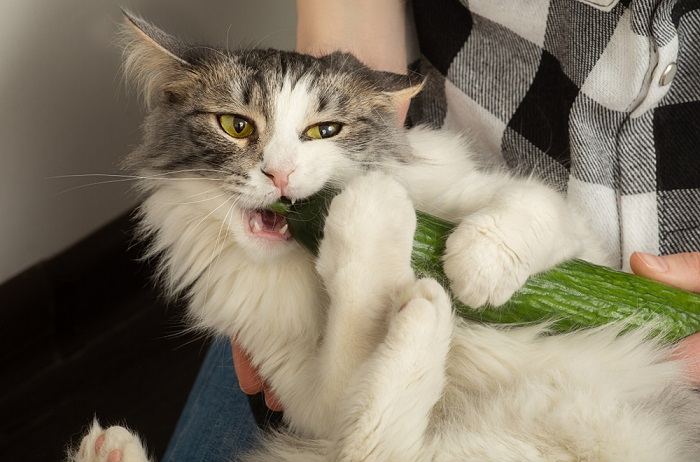 Though many cats turn their nose up at vegetables, some are more adventurous.

Cucumbers are made up of 95% water, which makes them an excellent source of water. Cats gain most of their water intake from food, so cucumber can be an aid to hydration if your cat needs a fluid boost.

They are also a good source of fiber for healthy gut function. However, because cats are carnivores, they are not well adapted to digest plant material well, and it may be best to get fiber from another source.

Cucumbers are also a good source of some vitamins. Cats require different levels of vitamins than humans and can make some themselves, such as vitamin C. It is better to use a complete cat food to provide the correct proportions of vitamins than rely on additions such as cucumber. Cucumbers are low in protein and fat, both of which are very important to a cat’s nutrition.

Cucumber is safe to give cats and can be an extra source of hydration, but is really only suitable as an occasional treat rather than an integral part of their diet.

Benefits Of Cucumbers For Cats 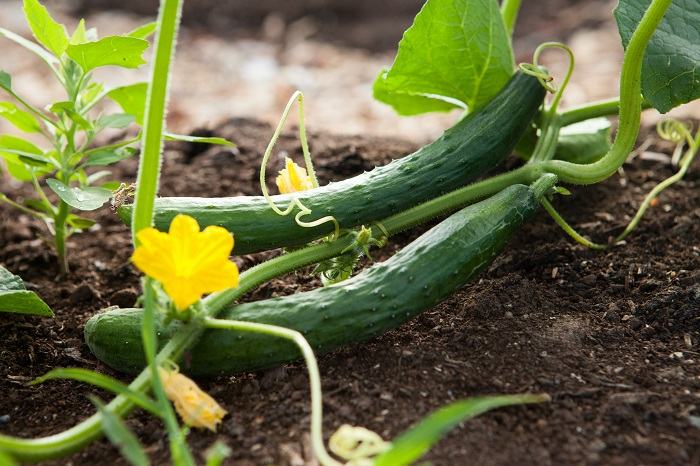 There are no huge benefits to feeding cucumbers to cats. The main advantage is their high water content, which could be used as a hydration boost for cats.

Also Read: How Much Water Should A Cat Drink?

Some medical conditions in cats, such as kidney or urinary issues, require a diet with high levels of water, so small amounts of cucumber could be considered as an addition if your cat will only eat dry food. They could also be considered as a source of fiber.

How Much Cucumber Can A Cat Eat? 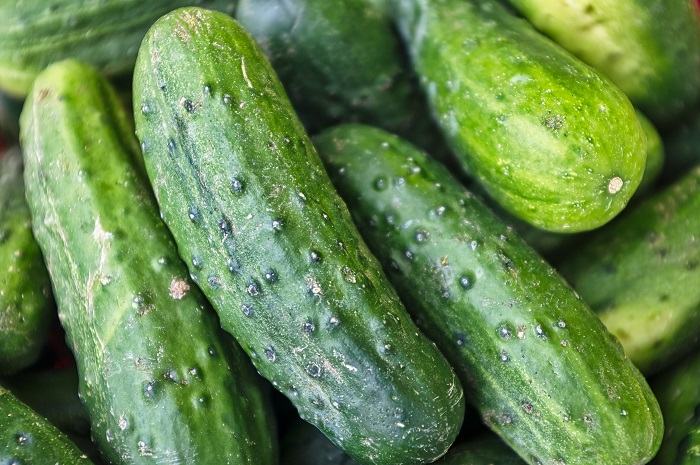 Cats should only be offered small amounts of cucumber. If given in too large a quantity, it can cause tummy upset and diarrhea due to the high volume of water. It is also recommended to peel the cucumber, as this can contain small amounts of pesticides. If you want your cat to try cucumber, start with just a couple of small pieces of it peeled and diced.

How Often Can A Cat Eat Cucumber? 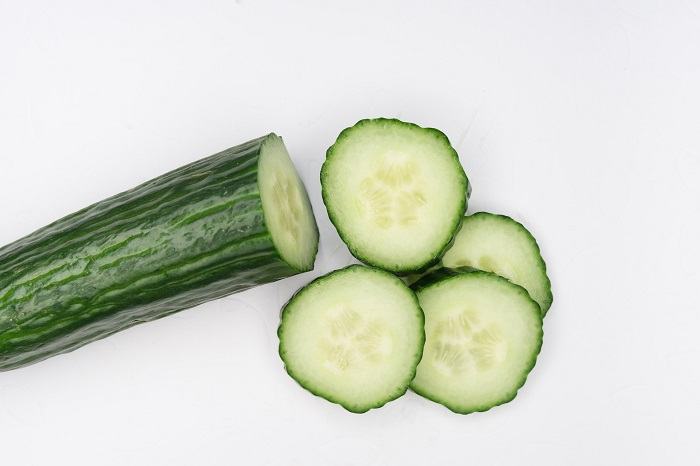 Cats should be fed cucumber in moderation, so it is recommended to give it as an occasional treat rather than as part of their usual diet. 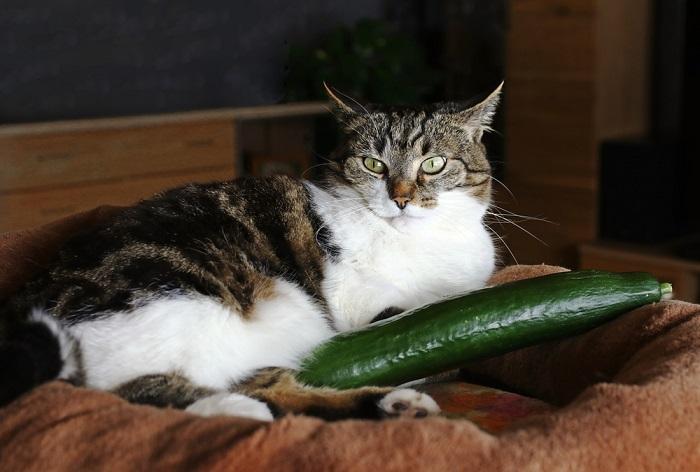 If you want to give your cat a small amount of cucumber as a treat, peel it and dice it small before offering it.

Cats are carnivores and need a meat-based diet to thrive. Commercial cat foods are therefore usually mostly made up of meat and meat derivatives.

Fruit and vegetables are not usually included in commercial cat foods as they are often not well digested by cats and not hugely appealing to them in terms of taste and smell. Although cucumber is safe to feed cats in small quantities, it would be unusual to find it included in a balanced and complete cat food.

The Risks Of Eating Cucumber For Cats 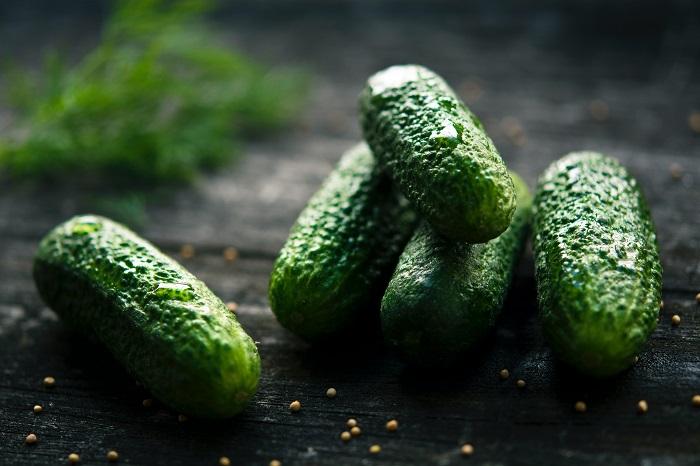 Cucumber is generally safe in small quantities for cats, but there are some considerations if you wish to include it in their diet. The high water content of this vegetable means that if given in large amounts it can upset your cat’s tummy and give them a case of diarrhea.

It is also a potential concern that cucumbers are often sprayed with pesticides when grown. Although these chemicals will only remain present in very small amounts if at all, it is sometimes recommended to peel the skin before feeding your cat cucumber.

If you do try to give your cat cucumber, always feed it fresh rather than pickled because the high salt levels of pickled cucumbers are not healthy for your cat. 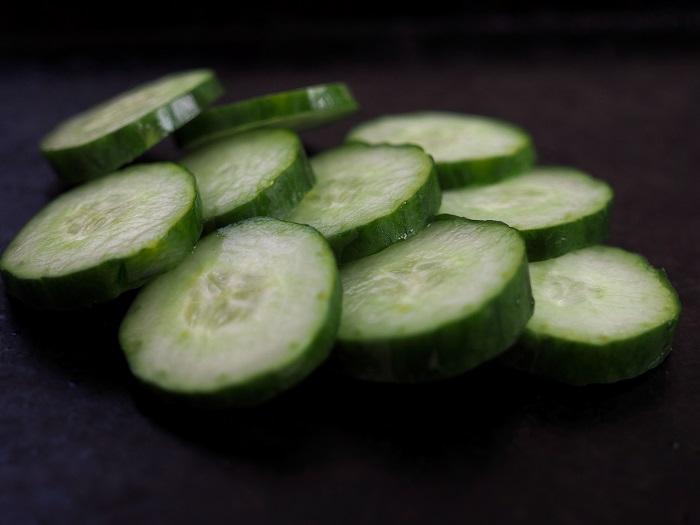 Cats are carnivores and are mostly attracted to meaty smells, tastes, and textures. They will often turn down fruit and vegetables. Some cats are more adventurous with food than others and may accept small pieces of cucumber, but they do not require vegetables in their diet.

Can cats eat mangoes and cucumber?

It is safe for cats to eat both mangoes and cucumber. It is recommended to only feed small pieces, avoiding the skin, and not give them too often.

Yes, cats can eat small amounts of raw cucumber, but remove the peel and only give a few small chunks at a time.

Can cats eat cucumber and dill?

Fresh cucumber and dill are both safe for cats to eat in small quantities. Avoid pickled versions which are high in salt and sugars.