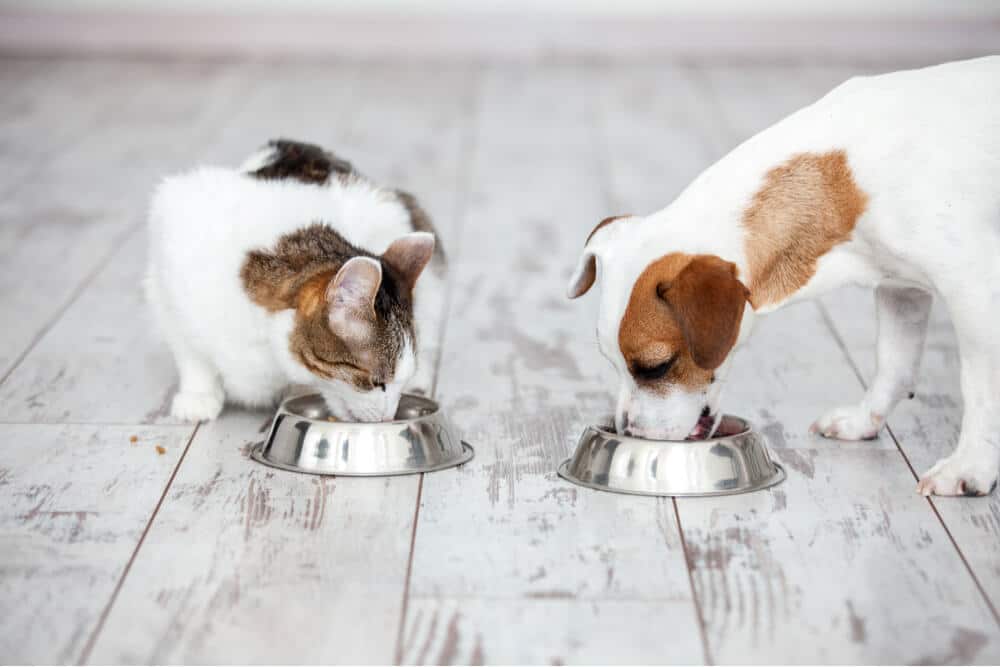 Cats are certainly capable of eating wet and dry dog food (as evidenced by my own moggy who will happily try to dislocate his jaw in an effort to eat giant-sized dog kibble!), but from a nutritional perspective, cats really shouldn’t eat dog food.

Pet parents often ask if can cats and dogs eat the same food, the answer is that despite the common misperception that cats will do just fine eating canned, soft or even dry dog food and even though they may actually seem to enjoy eating dog food (as evidenced by my own cat!), it should be quite clear by now that cats are very unique and highly specialised predators.

Is it Safe for Cats to Eat Dog Food? 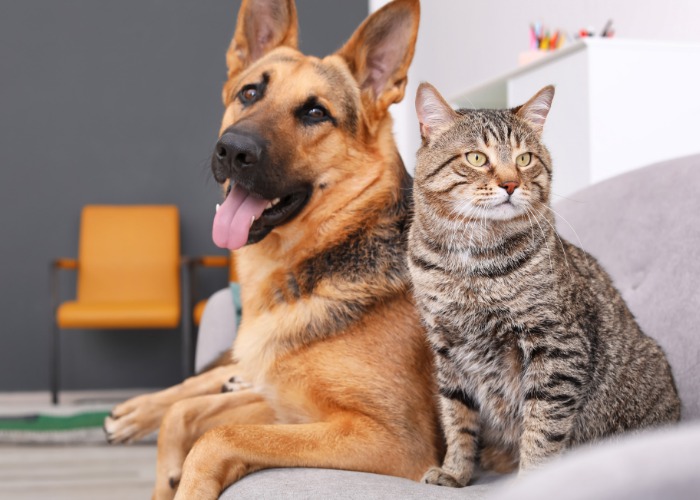 Despite those stark contrasts, there are some surprising similarities between cats and dogs.

Dogs have evolved and become domesticated over tens of millions of years alongside us humans. This has led to altered genetic coding and a shift from pure carnivorous fare to an omnivorous diet.

Cats, on the other hand, have really only started to become domesticated in relatively recent times, thus maintaining their original genetic codes and dietary preferences. In essence, cats are obligate carnivores. This means that, unlike dogs, they have a very specific and essential requirement for nutrients obtained from animal sources such as meat.

Every animal on earth has specific dietary requirements with a key number of essential nutrients that must be obtained from food. Some, like us humans, actually require far less to be supplied in our diet than either dogs or cats.

In other words, cats can eat dog food, but it won’t supply the nutrition they require.

So…why are cats so special?

The Uniqueness Of Cats 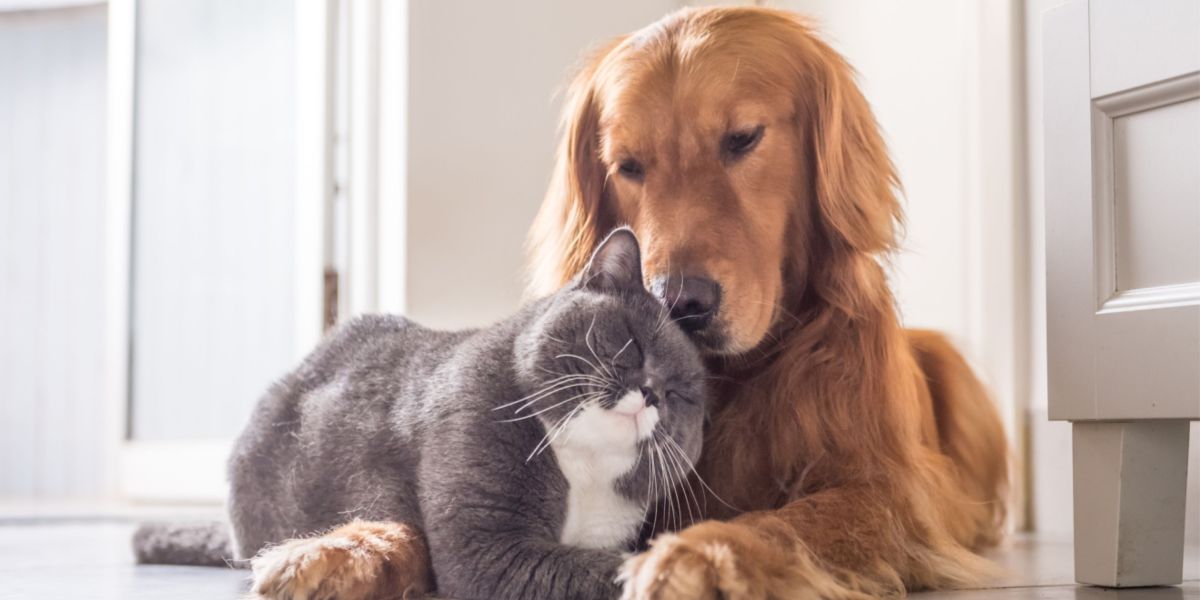 This starts in the mouth with a total of 30 adult teeth (dogs have 42), all of which are designed for cutting and tearing. They are also unable to move their jaws in a sideways motion, which limits their ability to grind. That grinding motion is essential for eating plants, but it’s not necessary for a meat-eating carnivore.

A cat’s stomach is designed for accommodating many small meals throughout the day. A single mouse contains approximately 30 kcals, which roughly accounts for 10-15% of an adult cat diet. This means that in the wild, feral cats need to eat up to 10 small meals per day.

Additionally, cats’ small intestines are highly adapted to digesting protein and fat rather than carbohydrates. Add to this a very acidic stomach pH for the breakdown of small bones and rapid transit time through the entire intestinal tract, and it soon becomes clear that cats are highly adapted hunters.

Feline Nutrition 101: Why Cats Need So Much Protein? 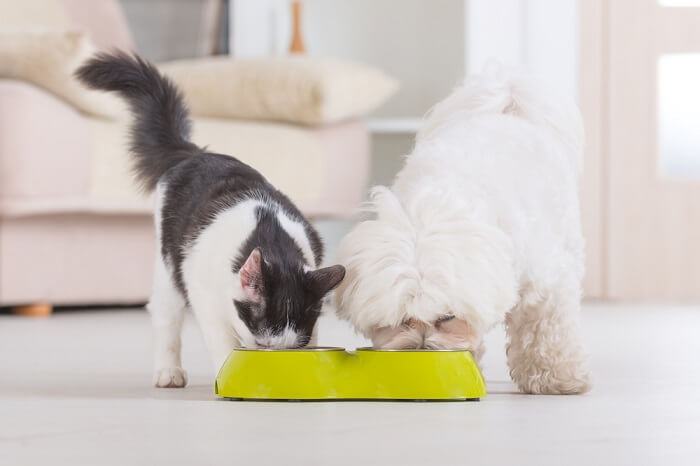 Cats require more protein per pound of bodyweight than dogs do.

Also Read: Do Cats Get Jealous of Dogs?

So Why Do They Need So Much Protein? 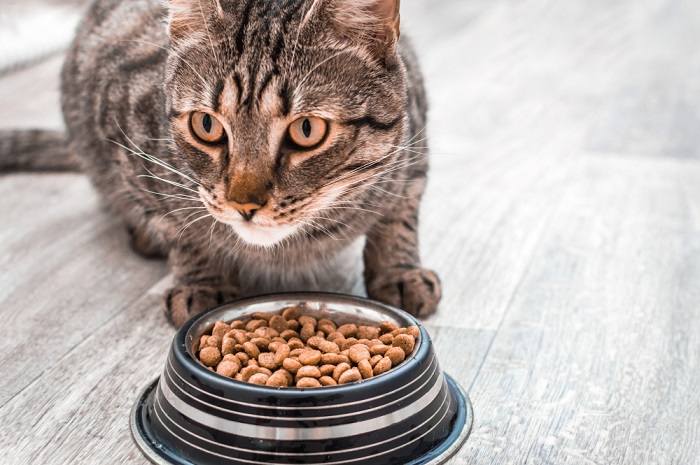 Cats rely heavily on protein as their main source of glucose in the body. Glucose is the body’s primary fuel. It provides the energy for every function in the body from growth, to breathing to thinking to physical repair. Glucose is required at a cellular level to simply allow the body to function.

In cats, most of their energy is obtained from protein breakdown in the liver, but the liver has a fixed rate of activity to achieve this. Ultimately, if cats don’t obtain sufficient protein in their diet to meet this energy requirement, they will start to break down their own body protein or muscle.

Protein is made up of chains of amino acids and a number of these are only found in meat.

Herbivores and omnivores have the ability to create these amino acids from other plant-based protein sources, but cats are unable to do this.

They rely so heavily on protein as a significant energy source in the body, that they have evolved not to waste this precious resource on converting amino acids that can readily be obtained from eating animal tissue. Consequently, all cat food must be formulated to contain sufficient levels of taurine and arginine in particular. Without enough of these amino acids supplied through food, cats are at risk of developing heart disease, eye disease, and neurological disease.

But cats don’t only require essential amino acids to be supplied in their food. They also have a unique requirement for a specific omega-6 fat called arachidonic acid.

It is essential for cell membrane and function, as well as healthy skin. Dogs are able to manufacture this from alternative fatty acids in their diet, but as you’ve probably guessed by now, cats are unable to do this.

Finally, cats have extremely specific vitamin requirements. Unlike dogs, cats are unable to manufacture Vitamin A, Vitamin D, and Vitamin B3 from other sources. Oily fish is a great source of vitamins A and D, whilst liver and chicken are great sources of vitamin B3.

Also Read: Are Cats Smarter Than Dogs? Scientists Finally Have the Answer 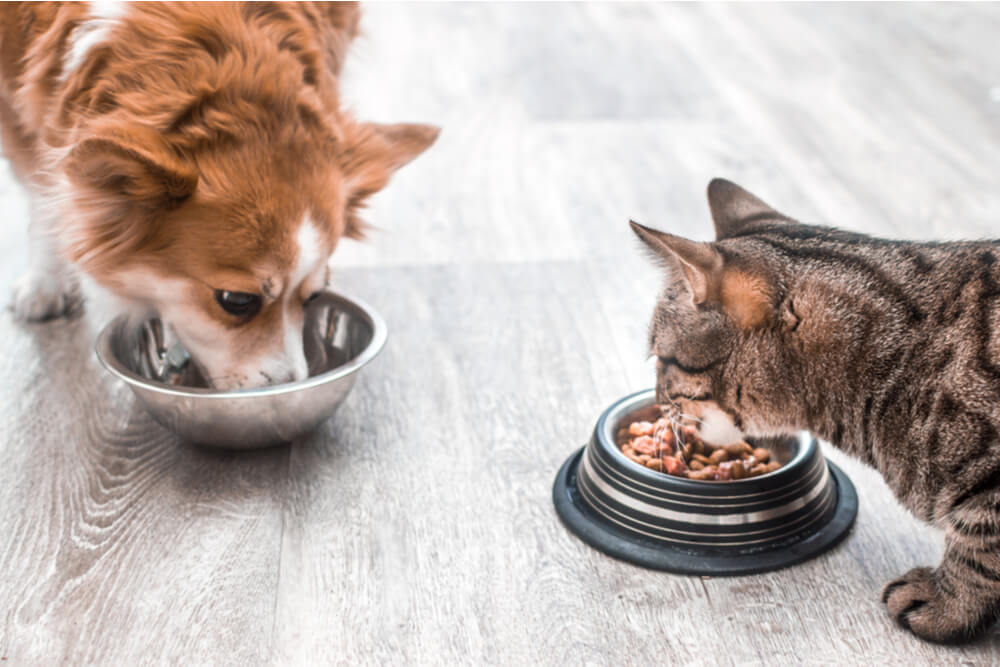 While cats are obligate carnivores and can convert protein and fat into glucose, they can also utilize carbohydrates as an energy source.

There is a lot of myth and misunderstanding about cats and carbohydrates.  Unlike the essential nutrients listed above, cats do not have a specific requirement for carbohydrates in their diet. Nonetheless, carbohydrates are a great source of energy in the form of glucose, as well as dietary fibre.

Cats do not have the enzyme glucokinase, which is the main enzyme used by the mammalian body to breakdown carbohydrate and extract glucose. Instead, they have an enzyme called hexokinase and this performs the same function in cats, thereby allowing them to utilise highly digestible carbohydrates.

We already know that cats obtain most of their energy needs from the breakdown of protein, so even though they don’t need carbohydrates, they can use them as an alternative energy source if required. More importantly, cats benefit from the dietary fibre contained in highly digestible carbohydrates to enhance their gut health. 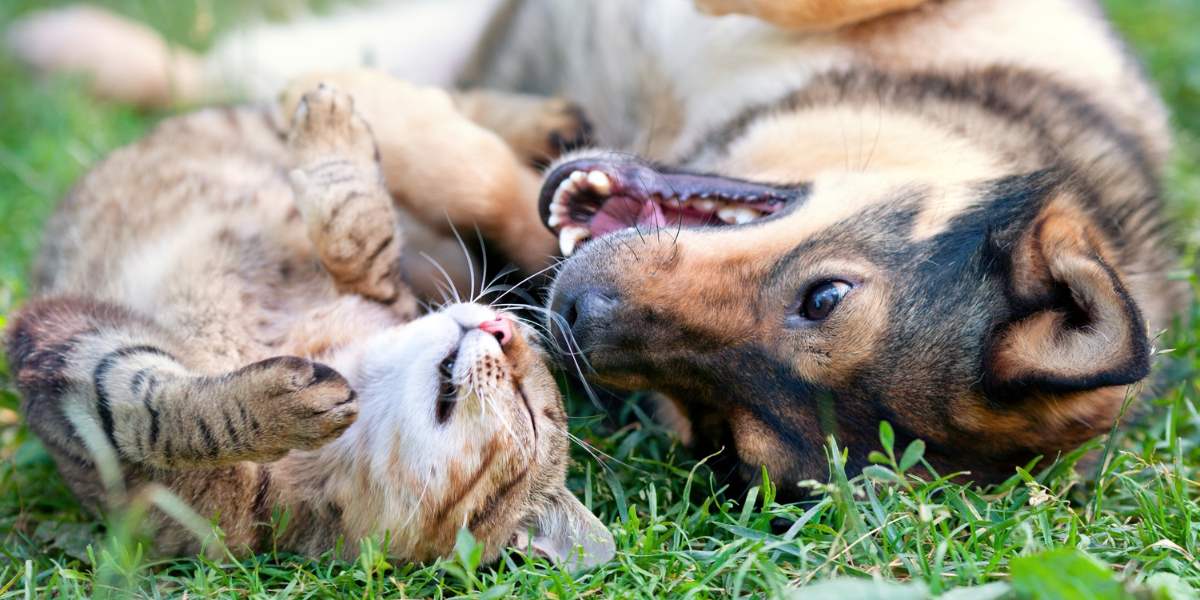 Pet parents often ask if can cats and dogs eat the same food, the answer is that despite the common misperception that cats will do just fine eating canned, soft or even dry dog food and even though they may actually seem to enjoy eating dog food (as evidenced by my own cat!), it should be quite clear by now that cats are very unique and highly specialised predators.

They have extremely specific dietary requirements and even though they can eat and digest nutrients from plant sources, they should never become vegetarian. Ultimately, however much they may behave like their canine counterparts, cats are not small dogs.

Also Read: 14 Reasons Why Cats & Dogs CAN Get Along

Can a cat get sick from eating dog food?

If your cat, like mine, is determined to sneak into the kitchen and raid the dog food bowl at every available opportunity, then I would suggest feeding both species separately or at the very least removing your dog’s food after mealtime is over, to limit the temptation. In the short-term, there is minimal risk of cats becoming sick if they occasionally snack on dog food.

However, providing dog food regularly as a source of nutrition to cats will make them very ill over time. Dog food simply doesn’t contain the essential nutrients that cats need to survive, let alone thrive. Without essential amino acids such as taurine and arginine cats can become blind and potentially even die.

Why is my cat eating the dog food?

The reason why some cats are tempted by dog food remains a mystery to us humans! There are some simple explanations, though:

Is your cat hungry?

Check that you’re providing the recommended amount of total daily food to your cat by consulting the feeding guidelines on pack and always, always, always weigh out the food for each meal

Is it due to mouth feel?

Cats rely a lot on their senses when it comes to food. They have an extremely limited gag reflex, which makes vomiting extremely difficult (think of any time you’ve watched a cat try to bring up a hairball). In turn, this makes them very choosy about what they put in their mouths. They rely a lot not just on how food smells or tastes, but also on how it feels in their mouths. Perhaps they don’t like the texture or form of their own cat food, but something about dog food is more appealing to their senses? Try experimenting with different types of food such as freeze-dried, wet, dry, semi-dry, etc to see if your cat prefers one type over another.

Does your cat view food as essential to survival? Did they suffer as a kitten by going without food for a period of time? If this is the case, then your cat may well be subconsciously driven to eat anything that comes within paw-reach….

Is there a food for both dogs and cats?

Due to the myriad of essential nutrients that cats absolutely require from their food, which isn’t present in most dog foods, the short answer to this question is no. However, there are times when both dogs and cats have an increased requirement for nutrients, far above recommended minimal levels such as when recovering from a serious illness. During these times, there are foods available on veterinary recommendation that are specifically formulated with increased nutrient levels to suit both dogs and cats to aid their convalescence.

Can cats eat dog food in an emergency?

In case of an emergency, cats are capable of eating dog food. But from a nutritional perspective, cats really shouldn’t eat dog food.