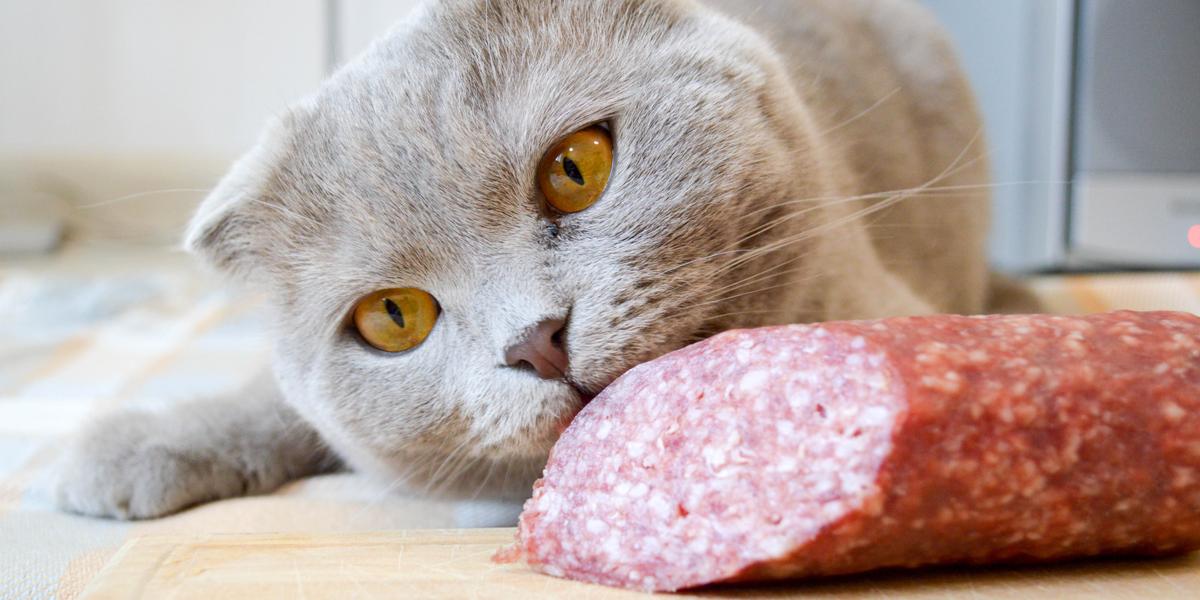 Salami is a popular and versatile cured meat product, usually made from beef or pork. It makes a great topping for a pizza, a tasty snack, or even a sandwich filler!

While you’re snacking on some salami or slicing it into your sandwich, you might be wondering, “Can my cat eat salami?” There is no straight answer, however, salami is safe to give to cats in small quantities as an occasional treat.

Salami is a great tasting and versatile meat product, that your cat will probably love the taste of. But even though it has a great protein content, it is also high in salt and saturated fat. So even though a little salami here and there is safe for cats, too much can cause weight gain and dehydration.

Salami is not hugely nutritionally beneficial to cats, but any cat owner will know how much cats love the taste of human food! However, salami can have some dangers. So, let’s take a closer look at whether you can share some salami with your feline friend! 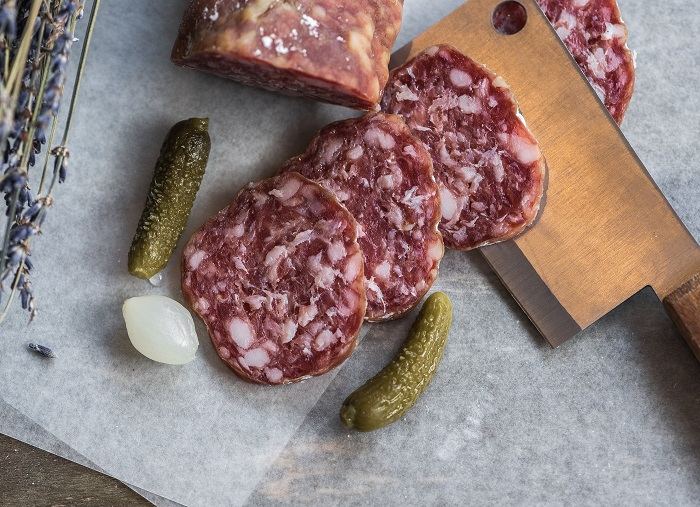 Salami is typically made from pork or beef and is a cured meat that has been fermented and dried.

Salami also contains B vitamins including B12, B6, niacin, thiamine, and pantothenic acid, as well as zinc and copper. 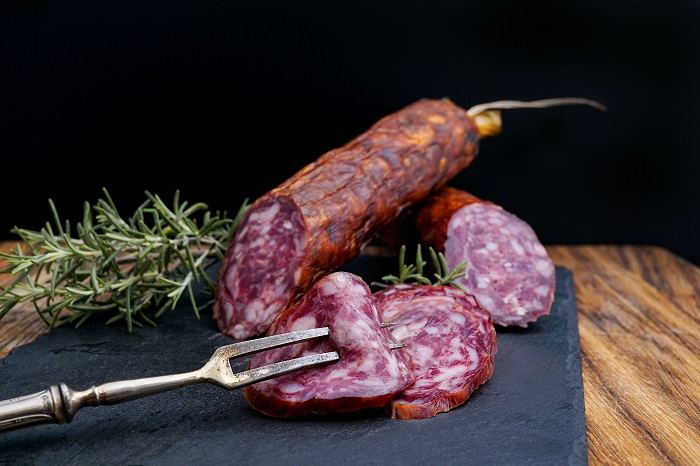 Although salami is a processed food, it is a great source of protein, which is essential for the growth and repair of muscle and other tissues in the body. Because salami is a fermented meat, it may contain some probiotics, which may have benefits for gut health and digestion.

Salami is also packed full of other important vitamins and minerals including several B vitamins which are important for energy, metabolism, brain function, and DNA synthesis.

Benefits Of Salami For Cats 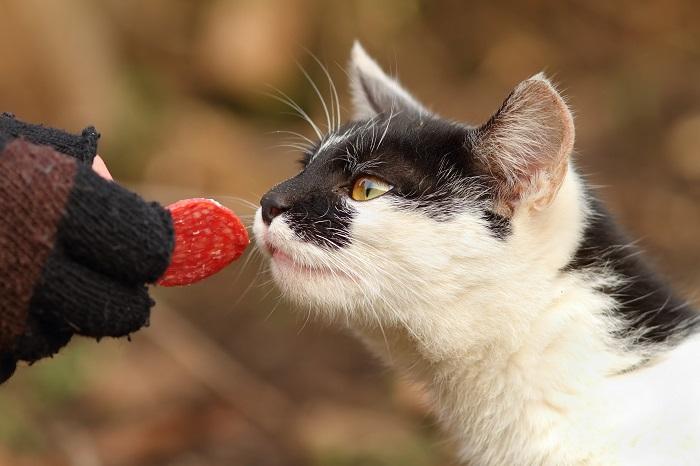 Though salami is not toxic to cats, it’s not the healthiest treat since it is processed and has high salt content.

Cats are obligate carnivores, which means they must eat meat to stay healthy, and they get most of their nutrition from meat. Salami is a meat product and is high in protein, vitamins, and minerals.

A small amount of salami can be a tasty treat and is certainly not strictly bad for cats. However, as it is processed and has high salt content, it might not have quite the same nutritional value as it does for us humans and there may be other, healthier treats to offer to your cat.

How Much Salami Can A Cat Eat? 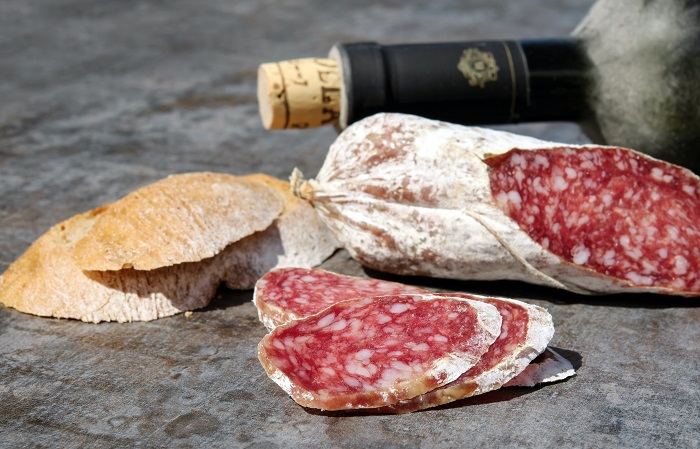 Cats can have a little salami, and most will go crazy to get their paws on the delicious smelling meat. However, as with all human food, it should be kept as an occasional treat only, as too much could cause weight gain.

Also, because salami is not cooked, it can carry other health risks for your cat. A couple of slices every so often is safe, but no more than this.

How Often Can A Cat Eat Salami? 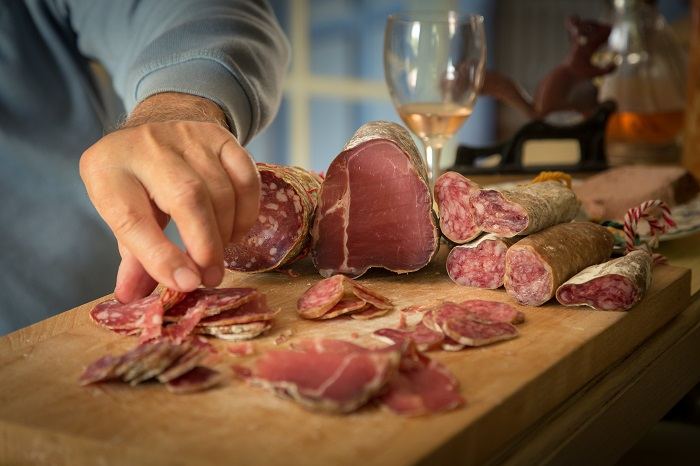 Salami should not be a regular feature in your cat’s diet. A piece of salami or two as an occasional treat is ok, but not be more than once every few weeks. 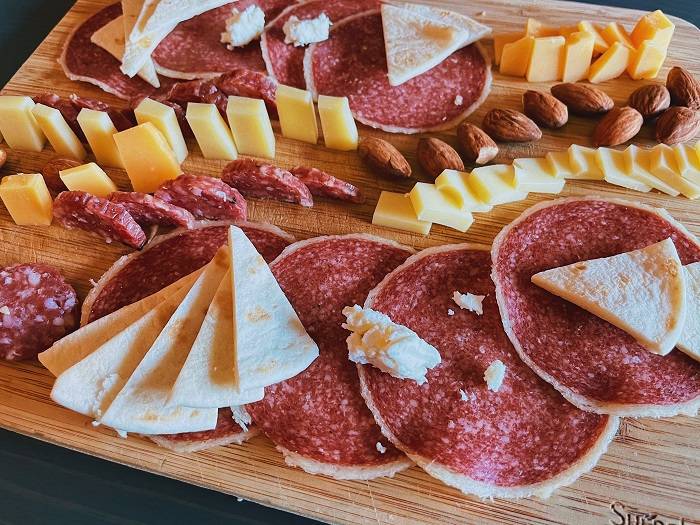 No, salami is not used in commercial cat foods. Although all cat food diets are heavily based on meat and fish flavors, they tend to use fresh cooked meat and fish ingredients rather than processed ones like salami.

The Risks Of Eating Salami For Cats 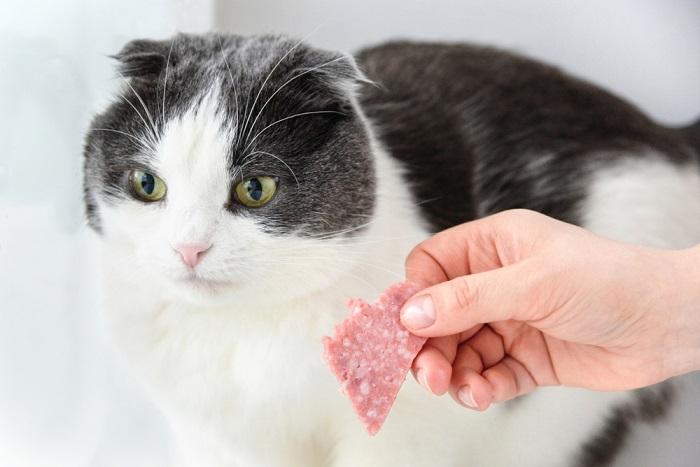 Cats are sensitive to fats and salt, and salami contains high amounts of both.

Salami is a processed meat, so despite its benefits, it does also have some downsides. Processed meat is high in saturated fats, which cause weight gain. Cats are more sensitive to this than we humans, and too much salami could contribute to obesity and increase the risk of developing diabetes.

Also Read: Cat Obesity Chart: Find Out if Your Cat is Obese

Salami also has high salt content, and cats cannot tolerate too much salt so too much salami could cause dehydration. Some salami, including pepperoni from your pizza, might also contain preservatives, garlic, or seasoning which can be toxic or cause upset tummies in cats.

Hard salami or salami jerky might be hard for cats to chew.

Another risk with salami is bacterial contamination because it is not cooked. Although rare, bacteria like Salmonella can contaminate fermented meat products. Salmonella poisoning can cause vomiting, diarrhea, abdominal pain, and fever.

For this reason, you should never feed salami to pregnant cats, or to kittens whose immune systems are not fully developed.

Signs Your Cat Has Eaten Salami 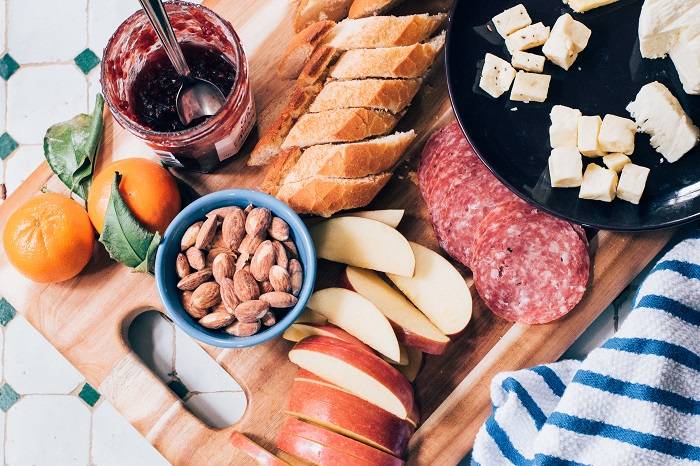 If your cat has got their paws on a slice of salami, it is unlikely that you will notice anything unusual.

However, if your cat is unfortunate enough to get a bacterial infection from eating salami you might notice more severe signs such as dehydration, vomiting, diarrhea, and abdominal pain.

Pregnant cats are more susceptible to these infections, and can in rare cases develop septicemia, or suffer a miscarriage. Kittens become weak and unwell very quickly as they have a poorly developed immune system.

If your cat is unwell and you think they have eaten salami, always get advice from your vet.

What Happens If Your Cat Eats Salami 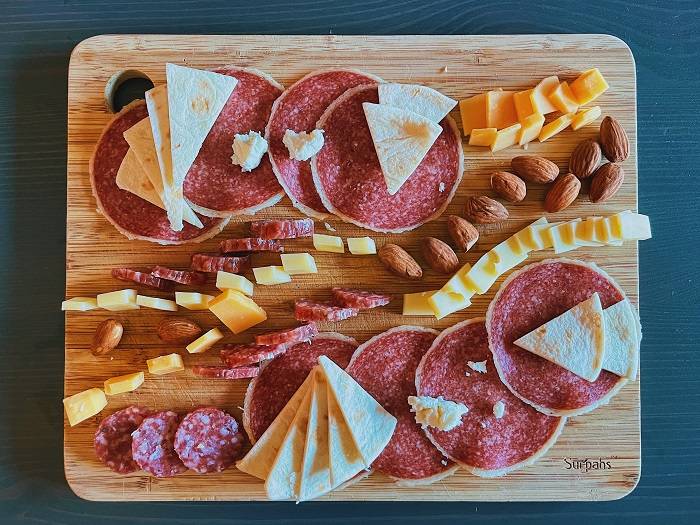 Most cats are fine after eating salami, but if they have eaten a lot of it or have contracted a bacterial infection, they might have quite an upset tummy. Most upset tummies get better with supportive treatment, which usually consists of some bland food such as plain chicken or white fish and plain cooked white rice.

The vet might be able to give your cat an injection to stop them from being sick, and some probiotics or kaolin to stop diarrhea. In more severe cases, cats might need to stay at the vet’s for IV fluids and receive antibiotics. 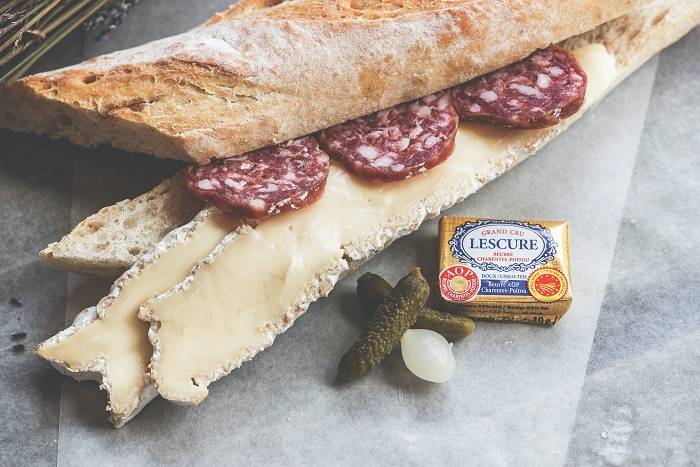 Processed meats have an improved texture and taste compared to fresh meat, and salami is no exception. Cats love the taste of salami, and most will do anything to get their paws on a slice! 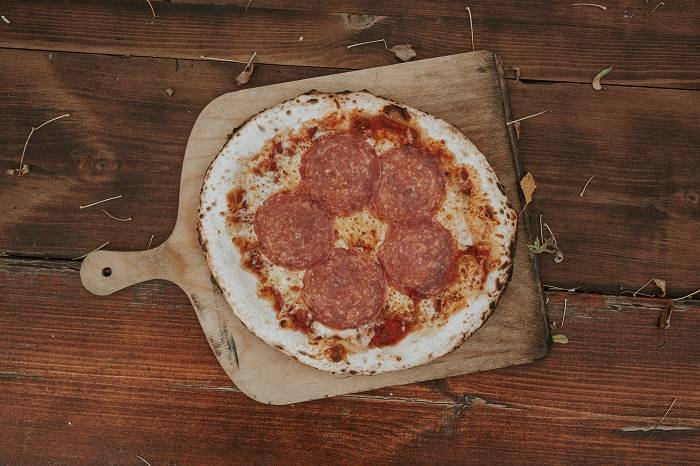 Salami is a great tasting and versatile meat product, that your cat will probably love the taste of. But even though it has a great protein content, it is also high in salt and saturated fat. So even though a little salami here and there is safe for cats, too much can cause weight gain and dehydration.

In some rare cases, salami can be contaminated with bacteria as it is not cooked, so you should never feed it to pregnant cats or kittens. A few slices of salami here and there won’t cause your cat any harm, but it should not feature too regularly in their diet!

What happens if a cat eats salami?

If your cat eats a few slices of salami, the likelihood is they will be fine. However, as it is not cooked, there is a risk of bacterial contamination, which can cause vomiting, diarrhea, abdominal pain, and fever. This is particularly dangerous for pregnant cats or kittens.

How much salami can a cat eat?

A cat should not eat any more than one or two slices of salami every few weeks. Any more than this could lead to weight gain, as well as consuming too much salt.

What deli meats can cats eat?

Cats can eat any deli meats as long as they don’t contain additional seasoning or flavoring such as garlic as this is toxic. Deli meats are OK in very small amounts as a very occasional treat.