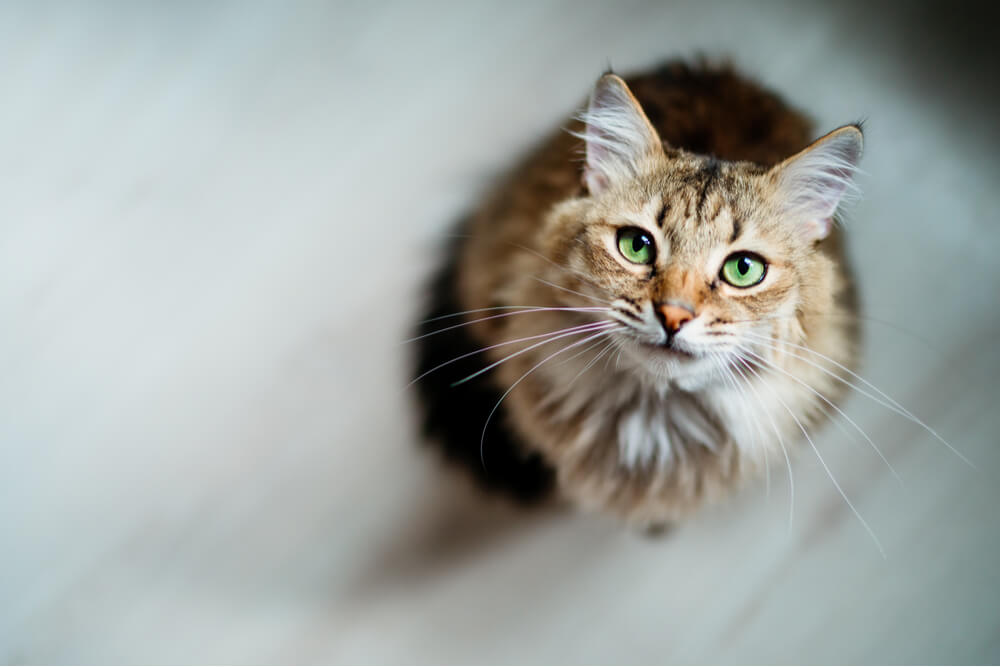 General upper respiratory infections can be supported by the presence of typical symptoms. Additional testing may include: labwork, x-rays, nasal swabs for respiratory pathogen testing, CT scan, rhinoscopy (scoping of the nasal tract).

Vaccine Available: Feline Herpes Virus (FHV) and Feline Calici Virus (FCV) can both contribute to upper respiratory signs and can be vaccinated against.

Treatment Options: Antibiotics if deemed bacterial. Many viral flare-ups can be treated supportively with good care at home. L-lysine supplementation may help to reduce severity and shedding of feline herpesvirus. Other medications like anti-inflammatories, appetite stimulants, and nasal decongestants, subcutaneous or intravenous fluid therapy, and nutritional support may be needed in some cases.

Treatment Options: Cold medications and decongestants for people should not be used in cats. Using a humidifier or "steamy" bathroom for 20 minutes twice a day can help to relieve nasal congestion. Warming up food helps to encourage appetite. Reduce any stressors that may be contributing to a URI flare-up.

What Are Cat Upper Respiratory Infections? 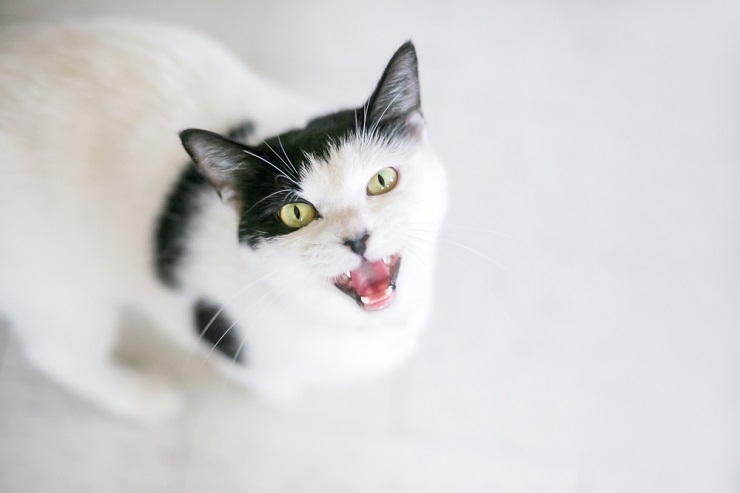 View below the diagram of a cat’s upper and lower respiratory tracts, provided by Cornell Feline Health Center. 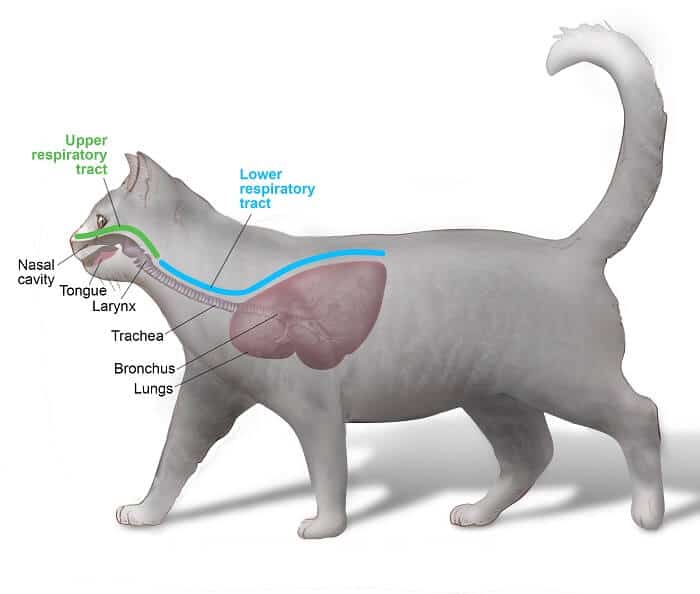 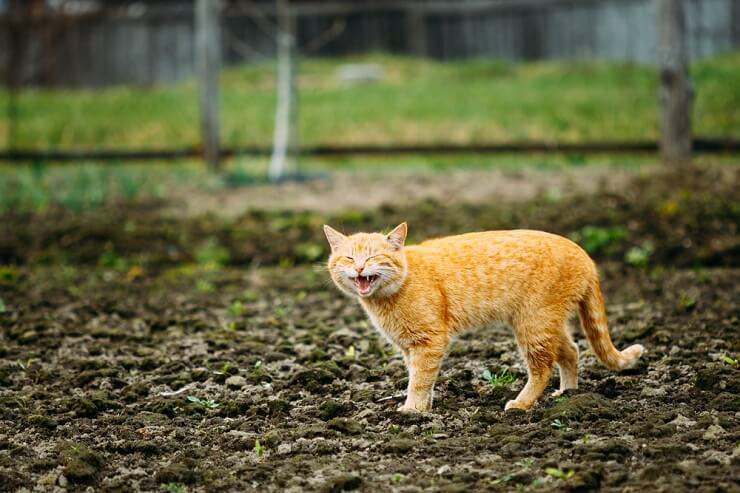 URIs in cats occur when a contagious virus, bacteria, or fungus enters the cat’s body, causing an infection in one or more regions of the upper respiratory tract.

Cats may contract viral infections or bacterial infections from direct contact with other infected cats, or from contaminated items in the environment like food bowls and water dishes, litter boxes, bedding, and toys. Cats may pick up fungal infections when they go outdoors.

Sometimes, a cat that initially has a viral infection may develop a secondary bacterial infection. The initial viral infection weakens the immune system, making it easy for bacteria that are usually harmless to cause an infection.

Many different pathogens can cause URIs in cats. Some of the most common include:

Almost all cats will be exposed to feline herpesvirus at some point during their lives. Kittens are most at risk for becoming ill. Feline herpesvirus causes URIs as well as fever and corneal ulcers.

Feline herpesvirus type 1 is cited as being responsible for as many as 80% to 90% of all infectious feline upper respiratory diseases. A vaccine is available for feline herpesvirus (part of a combination vaccine that also protects against feline calicivirus and feline panleukopenia virus).

The vaccine is a core vaccine, meaning that it is required for all cats.

A vaccine is available for feline calicivirus (part of a combination vaccine that also protects against feline herpesvirus and feline panleukopenia virus). This vaccine is a core vaccine.

This bacterium (which was formerly known as Chlamydia psittaci var felis) mainly causes conjunctivitis, which is inflammation of the conjunctiva (mucous membranes found on the eye and eyelid), and eye discharge. Chlamydophila more commonly affects kittens and young cats.

A vaccine is available but is not a core (required) vaccine for cats. Rather, it is recommended in specific situations, such as a multi-cat household or other environments in which cats live close together (e.g., breeding cattery).

Cats exposed to the bacterium Bordetella bronchiseptica may develop URIs. A vaccine is available for B. bronchiseptica but is a non-core vaccine. The vaccine might be recommended for cats that are at high risk of contracting the disease. A Bordetella infection is uncommon in pet cats.

Although a variety of fungi can cause respiratory infections in cats, the most common culprit is Cryptococcus neoformans. Cats that inhale the spores of this fungus may experience symptoms of both the upper and lower respiratory tract. Other fungi, such as Aspergillus fumigatus, Histoplasma capsulatum, and Blastomyces dermatiditis, generally cause lower respiratory symptoms like pneumonia. 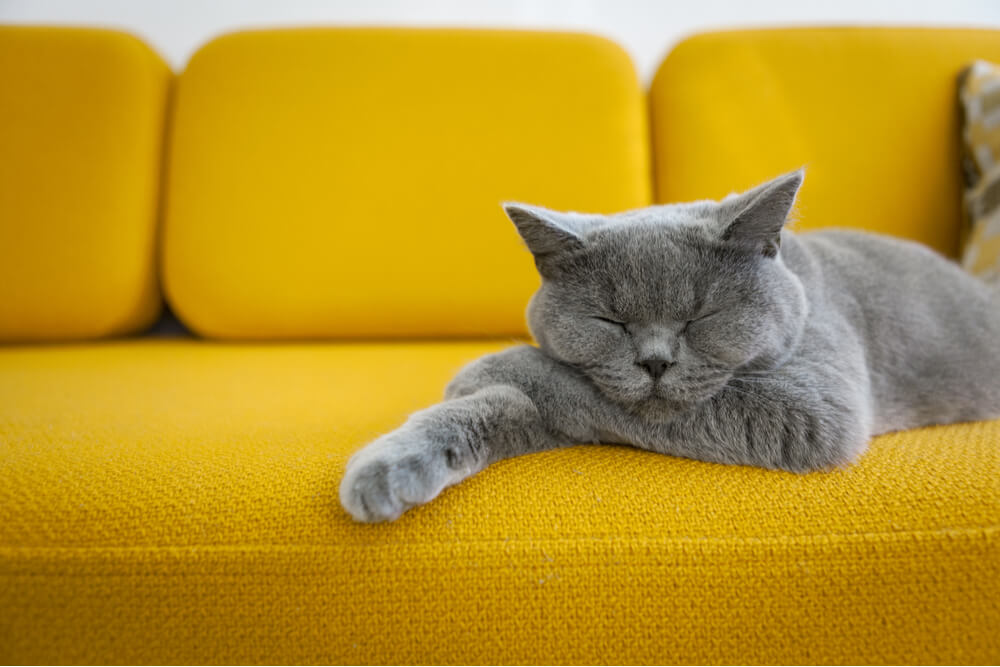 The symptoms of a feline upper respiratory infection resemble those of a human cold or flu, including coughing, sneezing, eye inflammation, lethargy, and more.

Cats with upper respiratory infections may have one or more of the following clinical signs: 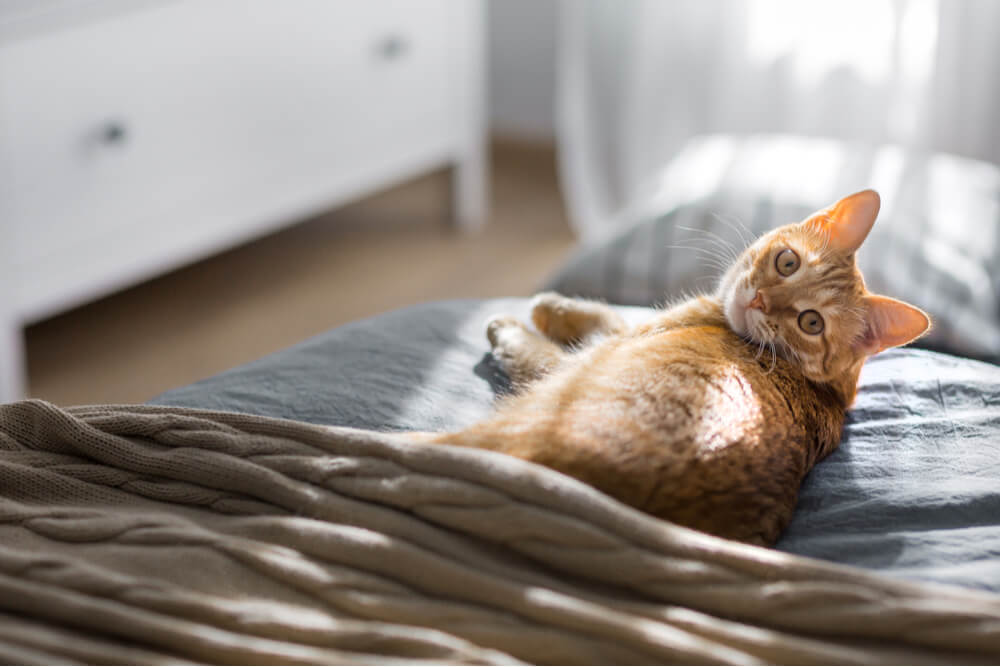 The treatment of a cat upper respiratory infection depends on the infection’s origins and symptoms.

Treatment for a URI depends on what caused the infection and what symptoms the cat is experiencing. Depending on how sick the cat is, the cat might need only medications given at home, or require medications and in-hospital supportive care like fluids and nutritional therapy.

In general, URIs in cats may be treated with some of the following:

The cat’s prognosis depends on what caused the URI. In general, cats with mild to moderate URIs respond well to swift veterinary treatment.

URIs in cats can be caused by many different pathogens, so treatment is dependent on what is causing the infection, whether it be a virus, bacterium, or fungus.

For that reason, it’s important to seek veterinary care if your cat displays any symptoms of a respiratory infection. Do not attempt to treat your cat with home remedies or use any medication without explicit guidance from your veterinarian.

What can I give my cat for an upper respiratory infection?

If your cat's URI was caused by something contagious, your veterinarian will instruct you to keep your cat separated from other cats until the symptoms are gone. Your vet will also tell you to thoroughly clean and disinfect your cat's living areas, food and water bowls, litter boxes, bedding, and other washable items with a diluted bleach solution.

How long does it take for a cat to get over an upper respiratory infection?

With appropriate and prompt veterinary treatment, viral and bacterial URIs generally clear up within days to weeks. Fungal infections may be trickier to treat. In some cases, treatment for fungal infections might last months. In the case of URIs caused by feline herpesvirus, the virus remains in the body for the rest of the cat’s life, and cats may experience occasional flare-ups of recurrent URIs.

Can an upper respiratory infection kill a cat?

URIs can be mild or serious. Some URIs lead to lower respiratory tract infections, including pneumonia, which can be life-threatening. Even without pneumonia, cats can become extremely sick or even die from a URI, especially if the cat is not eating or drinking enough. Never delay seeking veterinary treatment if your cat is exhibiting any signs of a respiratory infection.