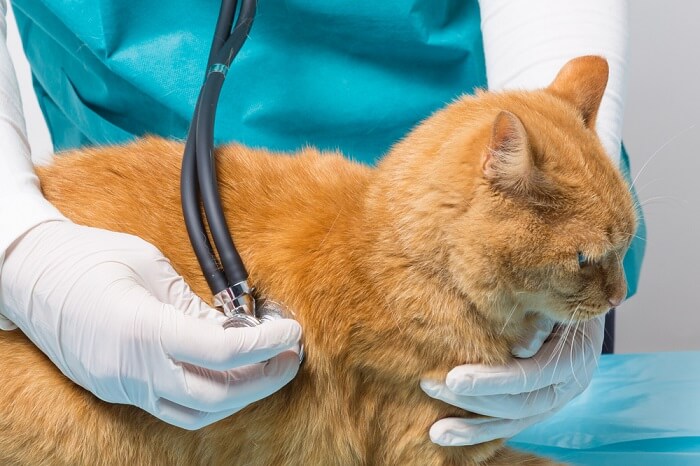 Like in humans, lung cancer in cats can be extremely serious, and as a pet owner, it can be a very scary time. Knowing what symptoms to look for and what happens after diagnosis will mean you’re completely prepared if your cat is diagnosed with a lung tumour.

Diagnosis: X-ray, CT scan, MRI. Ultrasound may also be used to evaluate tumors and/or fluid build-up in the chest.

Requires Ongoing Medication: Sometimes, if chemotherapy is a part of treatment.

Treatment Options: Surgical removal, especially of single tumors. Additional radiotherapy and chemotherapy in applicable cases. If a tumor has caused fluid build-up in the chest, thoracocentesis may be performed where a needle and syringe are used to remove the fluid to help a kitty breathe better.

What Is Lung Cancer In Cats? 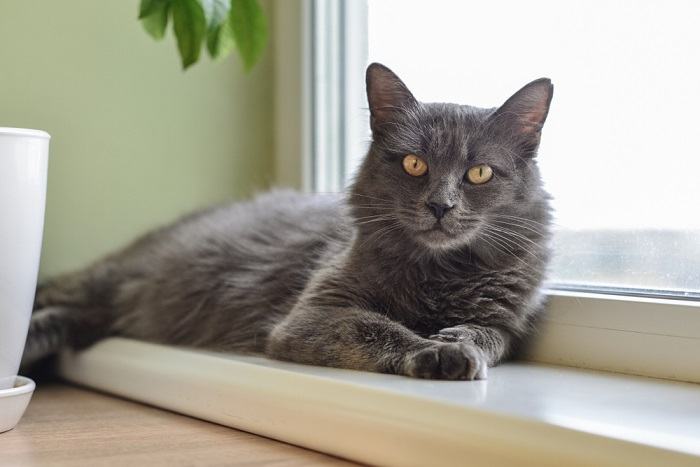 ‘Cancer’ means an abnormal proliferation of cells- they grow and increase in size and number and are immune to the body’s usual ‘stop’ signals. ‘Tumors’ form as these cells grow into a large lump.

Lung cancer (properly called pulmonary neoplasia) is any sort of tumour that grows in the lungs. This can cause a big problem, as the tumour takes up space that the lungs need in order to work effectively.

Types Of Lung Cancer In Cats 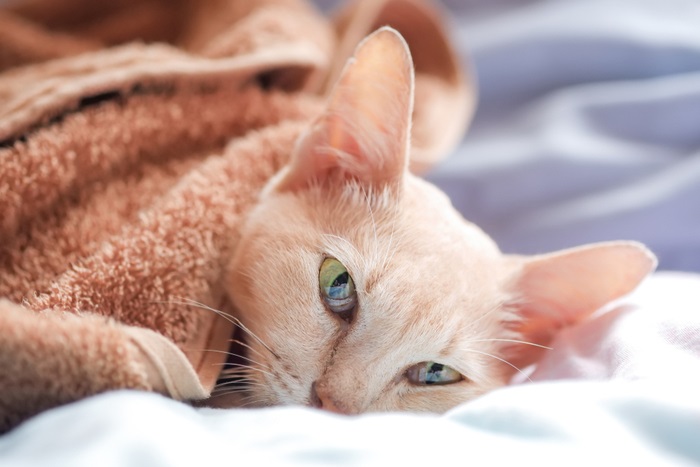 Tumors that grow in the lungs first, rather than metastasize there from elsewhere in the body, are called ‘primary’ lung tumours.

They are fairly rare in cats, accounting for less than 1% of cancer cases in cats- although these types of tumour are on the increase.

The most common primary lung tumour in cats is pulmonary adenocarcinoma, which can arise from the bronchus (the tubes that carry air into the lungs) or from the alveolae (the air sacs). Squamous cell carcinoma and bronchioalveolar carcinoma are other types of cancer that occur in cat lungs.

Primary lung tumours are often malignant, with around three quarters metastasizing to other parts of the body such as the lymph nodes, bone, or liver. Feline lung-digit syndrome is common- this is where the lung tumour spreads to the toes, causing swelling and lameness.

Although this swelling is sometimes the first symptom of lung cancer in cats, the cancer is often very far advanced by this stage and the prognosis is unfortunately very poor for cats with lung-digit syndrome.

Many cancers spread to the lungs from elsewhere in the body, and we call this a ‘secondary’ lung tumour or ‘metastatic lung tumour’. Almost any malignant tumour type can metastasize to the lungs, although lymphoma, mammary cancer and bone cancer (osteosarcoma) are some of types of cancer that are most likely to spread to the lungs.

Causes Of Lung Cancer In Cats 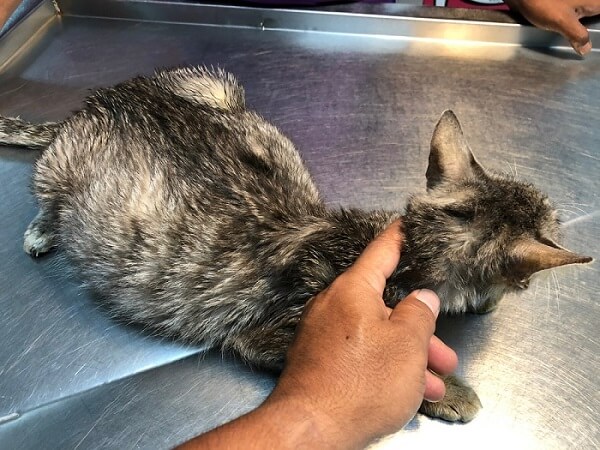 The exact causes of lung cancer in cats are poorly-understood. It’s suggested that retroviruses and exposure to environmental tobacco smoke may be risk factors, but we don’t know anything definitive.

The causes of lung cancer in cats are poorly understood. We know that the number of cases is increasing, but it isn’t clear if this is due to longer life expectancy, better awareness, increased funds for investigation, better imaging techniques, genetics, or exposure to a higher number of carcinogens. It’s likely it’s a combination of factors.

One suggestion is that retroviruses such as FeLV and FIV may have some impact on a cat’s lung cancer risk. Some lung cancers in other species are spread by retroviruses, and we know that FeLV increases the risk of lymphoma. However, there’s no evidence that this is the case for primary lung tumours in cats at present.

In fact, in some ways, cats are in more danger from second-hand smoke- they can ingest the toxins when grooming. 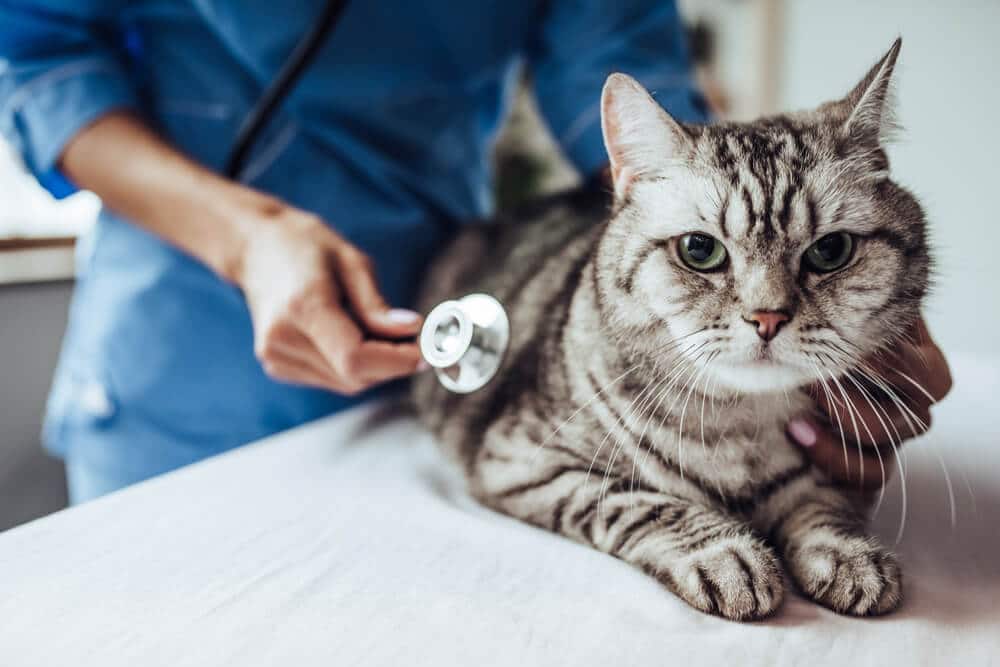 A cat coughing doesn’t always necessitate a trip to the vet, but in some cases, a vet visit may be essential. Your vet can help you to identify and resolve the underlying cause of your cat’s cough.

Lung tumours in cats are often asymptomatic- cats are masters at hiding signs of trouble and may show no symptoms of lung cancer for a long time. In fact, it’s estimated that around a third of lung tumours are found when x-raying for another reason.

When cats do show signs, difficulty breathing (dyspnea) is common- as is fast breathing (tachypnea). Panting, abdominal effort when breathing, wheezing, coughing, and inability to exercise are also signs of lung tumours in cats.

Thanks to lung-digit syndrome, lameness caused by swelling of several toes, or discharge from the nail beds, can also be clinical signs of lung cancer in cats.

Other symptoms of lung cancer include:

If your veterinarian suspects lung cancer, the first thing they will do is conduct a full physical exam, including listening to the chest. Bloodwork (biochemistry and hematology) often follow, to assess any changes to organs that may indicate whether the cancer has spread.

This also helps to assess the safety of anesthesia. Imaging- with chest x-rays, or with CT scans- is next. This helps your veterinarian to determine the size of the tumour and may reveal metastases.

Once the tumour has been located, the next step is to locate evidence of metastases. With three quarters of lung tumours spreading, your vet will want to find out where the tumour has spread to in order to give a prognosis and treatment plan.

The tumour may need to be sampled, and lymph nodes in the area should be checked, as these are common sites of metastasis. These samples are usually collected by fine needle aspiration (FNA) also known as ‘needle biopsy’, and the cancer cells sent to a pathologist at a specialist lab for cytology (analysis).

If the FNA doesn’t give enough information, a larger biopsy of lung tissue can be taken under an anesthetic for histopathology. 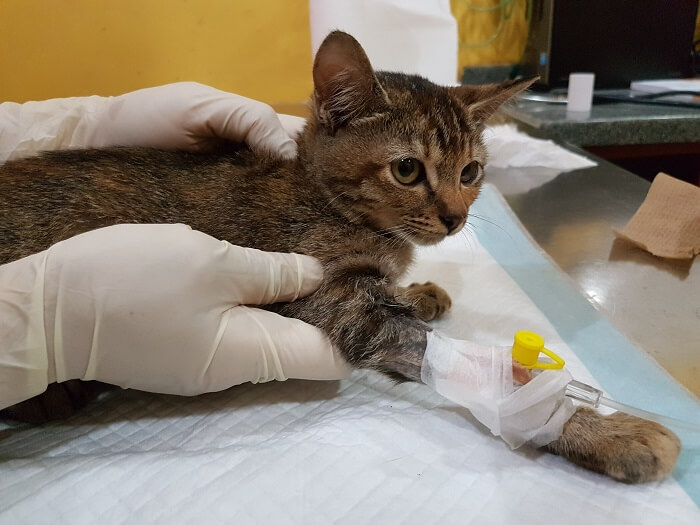 Unfortunately, the prognosis for lung cancer is often poor, meaning that treatment may be palliative rather than focused on curing the disease.

Unfortunately, lung cancer in cats carries a poor prognosis, and treatment is often ‘palliative’- to reduce symptoms, rather than cure the disease. Your veterinarian will discuss the treatment options with a veterinary oncologist to determine the best course of action for your cat.

Surgical removal of the primary lung tumour or lung lobe is possible, especially if no metastases have been detected. This involves a ‘thoracotomy’- major open-chest surgery that is usually only offered at specialist centers due to the high risks involved. If metastases are present, surgery like this is unlikely to bring enough benefit to make the high-risk procedure worthwhile.

If the tumour has caused a pleural effusion, this can be drained to provide some relief. 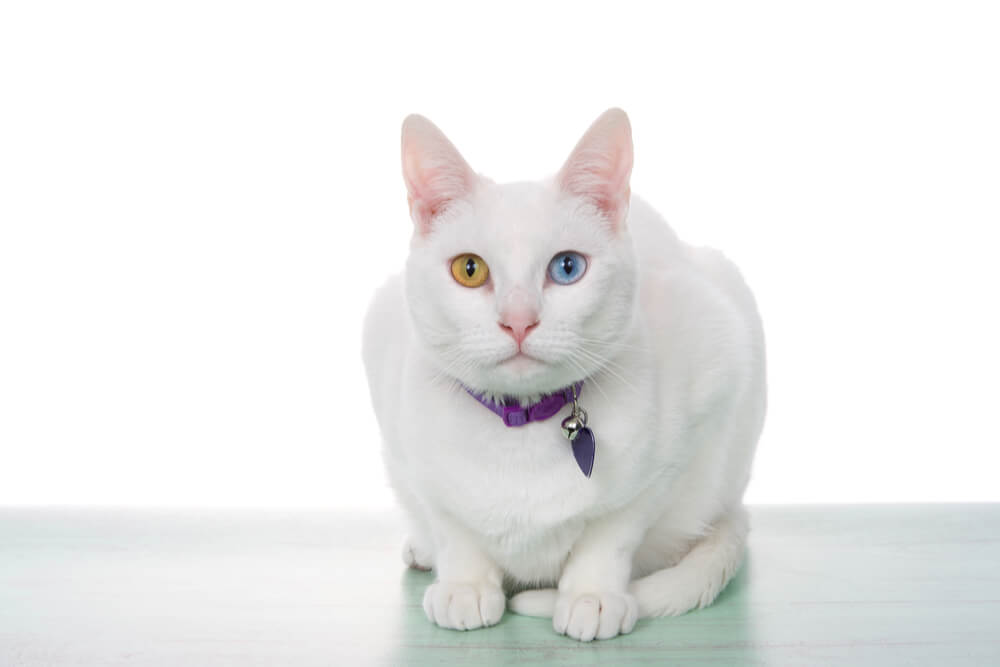 Lung tumours in cats are rare but cases are on the increase, so it’s worth being aware of the signs. As with all tumours, the sooner they’re identified the better, but it’s worth being prepared for bad news- lung tumours often have a poor prognosis, especially once the disease has spread.

How long can cats live with lung cancer?

Unfortunately, average lung cancer survival time is less than six months, although it can be over a year if the tumour is detected before it metastasizes. The prognosis is worse with lung-digit syndrome, with survival time averaging just a couple of months. Cats are usually euthanized due to their metastatic disease.

Is lung cancer painful for cats?

What are the symptoms of lung cancer in cats?

The signs of lung cancer in cats are often subtle or non-existent. When signs do exist, panting, lethargy, weight loss, and toe swelling are common.

Can lung cancer in cats be treated?

If caught early, it’s theoretically possible for lung cancer to be treated. However, most cases go undetected until a late stage, and ‘treatment’ is usually palliative with the aim of reducing symptoms and improving quality of life. Feline lung cancer is eventually fatal in most cases.