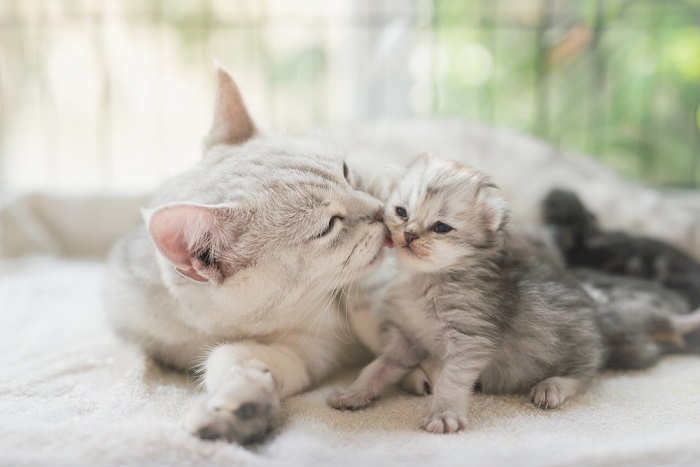 This article aims to explain the details of weaning kittens from being dependent on their mothers in a way that is clear and easy to understand. This is an important part of routine kitten care.

What Is Involved In Weaning Kittens? 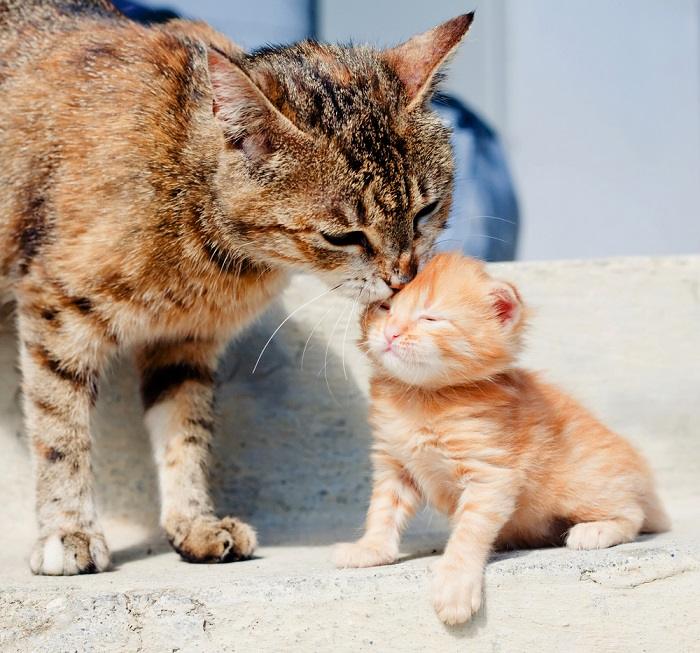 A newborn kitten (neonatal kitten) is entirely dependent on their mothers, just like a human baby, being provided with warmth, physical protection and nutrition by the mother cat. Weaning is defined as “accustomising an animal to managing without something which they have become dependent on”.

With young animals, the primary definition means to accustomizing the kitten to feeding itself, rather than being depending on their mother for nutrition via the mother’s milk. However, a more comprehensive definition would include the concept of becoming independent of their mother in other ways as well (e.g. socially).

At What Age Are Kittens Weaned? 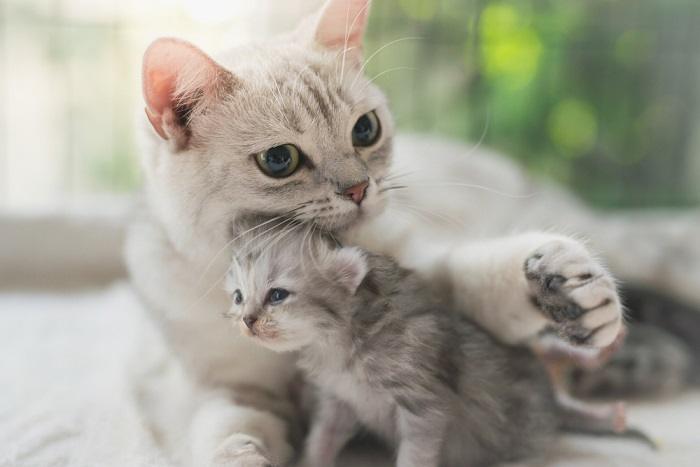 For the first two or three weeks of life, the focus should be to leaving the kittens in the full care of the mother. She will provide all of their needs, and as a carer, you just need to monitor the situation to ensure that they are developing as they should do, feeding regularly on the mother’s milk.

The first milk, known as colostrum, is especially important to kittens, as it contains antibodies that offer the kitten short term protection against serious viral diseases (to protect young kittens until the immunity provided by vaccinations develops).

Kittens’ eyes usually open between seven and ten days, and their vision develops gradually from then on. By three or four weeks of age, they are able to move some distance away from the nest and find their way back again.

In a natural environment, mother cats normally begin to bring live small prey to a litter of kittens from around three or four weeks of age, so this is the normal age when the weaning process is normally started, and solid food can start to be offered.

​What Needs To Be Done To Wean Kittens? 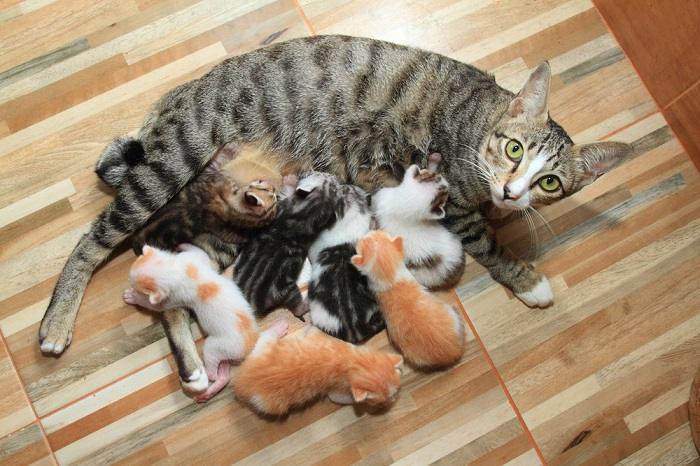 The broad idea is that a kitten should be offered small amounts of easy-to-eat food regularly, and as they eat more of this food, their requirement for milk from their mother is reduced until after a period of several weeks, they will obtain all of their nutritional requirements by eating food on their own.

How Is Weaning Achieved In A Practical Way? 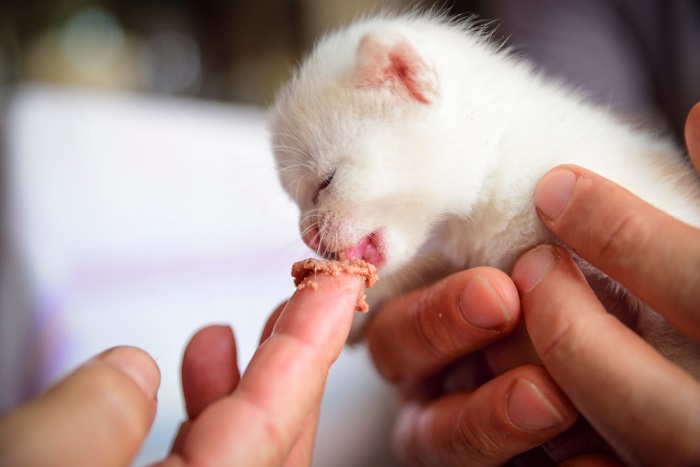 It’s important to remember that weaning is just part of the process of preparing kittens for their new homes.

Normally, from around three or four weeks of age, the kittens should be offered highly digestible, easily eaten semi-liquid food on a saucer.

Examples include kitten kibble (dry kitten food in the form of small biscuits) soaked in warm water so that it forms a mushy, porridge-type, slurry-like consistency, so that the kittens are able to lap the mixture easily.

Alternatively, wet food (i.e. kitten food from a tray, sachet or tin) may be used to feed kittens, again moistened with warm water to make it easier to eat. It is better to use high quality kitten food rather than cat food designed for an adult cat, as it has a different nutrient profile, more suited to a growing kitten.

Small amounts of kitten milk replacer or even cow’s milk may be added to the food gruel: this may make the taste more appealing to kittens familiar with the taste of milk

Over time, dry food can be offered alone, without moistening it, as the kittens become accustomed to eating it, and as their teeth develop the ability to crunch the food.

Fresh water should be offered at all times, in a small shallow bowl with a wide diameter. Water bowls should always be accessible to kittens, as hydration is very important, especially during the weaning period.

The litter box should be monitored carefully to ensure that the kitten is passing urine and feces regularly. Litter box training is a natural process, and most kittens achieve this with little input from others. However, it make sense to lift a kitten onto the litter box immediately after they have eaten, since this is a time when they typically desire to go to the toilet.

It’s important to remember that weaning is just part of the process of preparing kittens for their new homes. You should also address other aspects of kitten care, including: 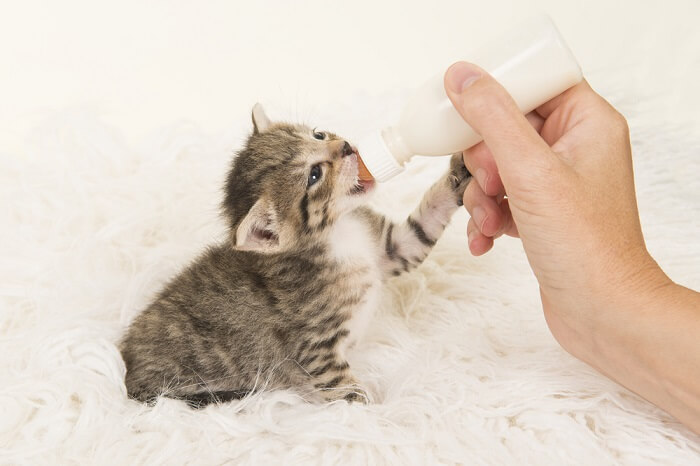 When hand rearing kittens, you must remember to include the deliberate reduction in the amount of kitten formula milk being fed by bottle feeding.

If a kitten has been bottle-fed (e.g. an orphan kitten, or a kitten separated from its mother for any other reason), the process of weaning is very similar to the above. However, the additional steps that need to be taken when hand rearing kittens must include the deliberate reduction in the amount of kitten formula milk being fed by bottle feeding.

The kitten should be offered less volume of milk, given less frequently. This will happen naturally to some extent: as the kitten starts to eat more solid food, they will have less interest in drinking milk from the bottle. 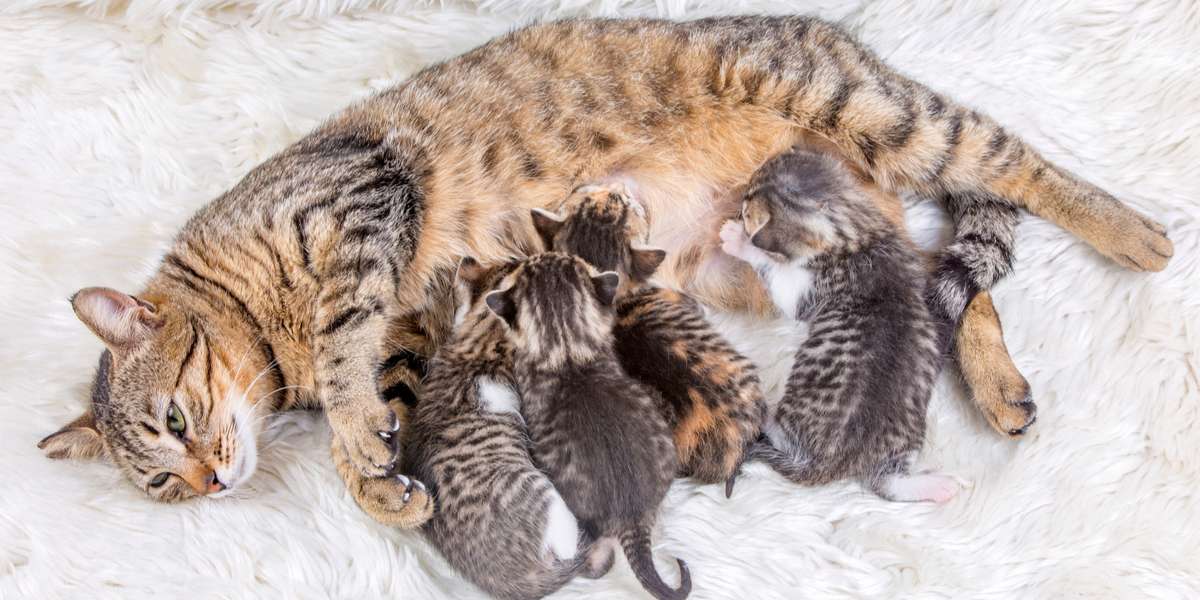 Weaning can be broken down into different stages, but these are all essentially on a continuum from “milk only diet” through to “solid food only diet”.

It’s probably fair to say that a week-by-week stage over a month is typical.

What Happens If Weaning Is Unsuccessful? 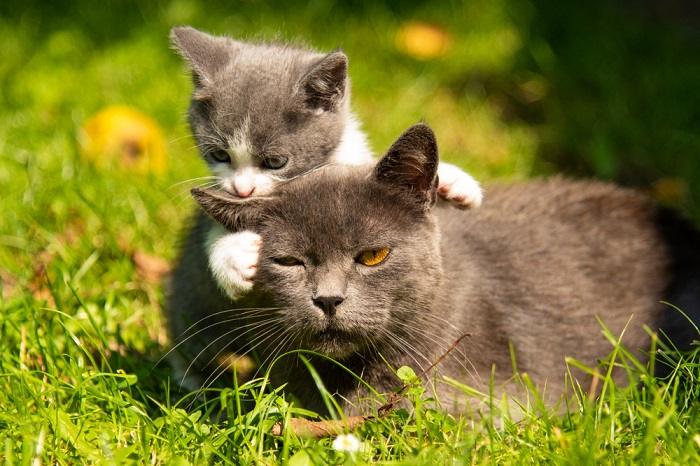 In rare cases where a kitten continues to suckle from the mother, even when food is frequently available, it may be necessary to withdraw access to the mother (e.g. shut her in another room) for increasing periods of time. 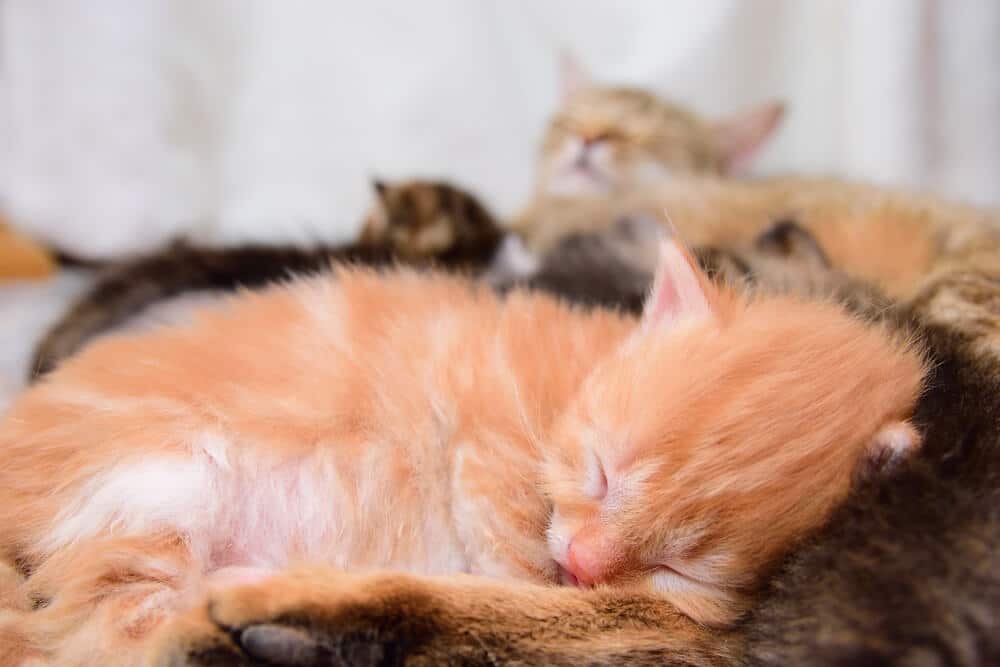 The most important aspects are: 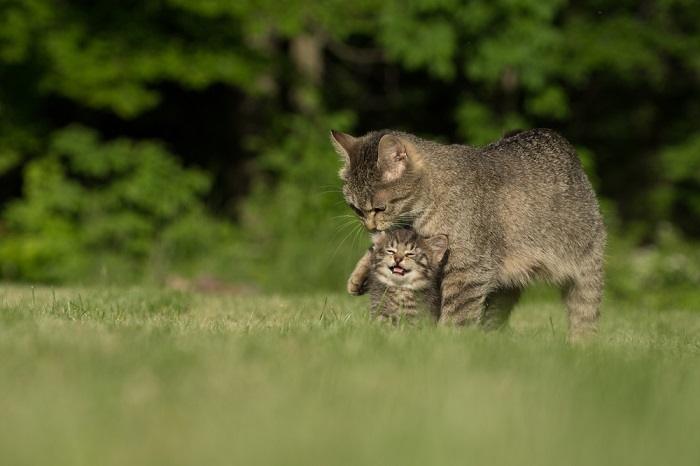 Weaning is a natural process, but as human carers looking after kittens in your home, even if the mother cat is present, it makes sense to know about the basic principles and methods of weaning kittens. If in doubt about any aspect of this, do consult with your local veterinary surgeon for further advice.

At what age should kittens be weaned?

The weaning process should start around 3 - 4 weeks of age, and should be completed by 7 - 9 weeks.

How does a mother cat wean her kittens?

Mother cats have an instinctive knowledge about how to do this, bringing live prey back to the nest from 3 - 4 weeks, and spending less time with their kittens over the following 4 - 5 weeks.

When do kittens start eating food and drinking water?

Kittens usually start taking food and water from around three weeks of age, but sometimes this can happen a little earlier or later. 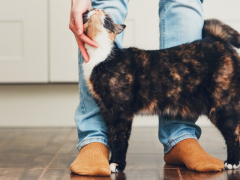