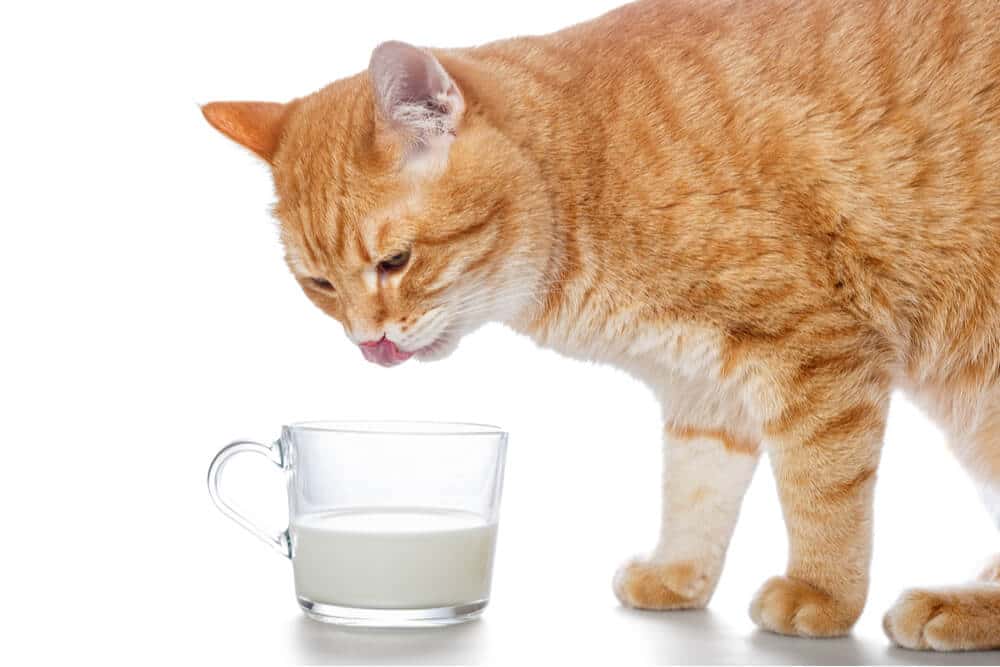 In this article, we’ll take a close look at the relationship between cats and milk, exploring milk’s nutritional benefits and health effects, why cats shouldn’t drink too much milk, and what you can give your cat instead. 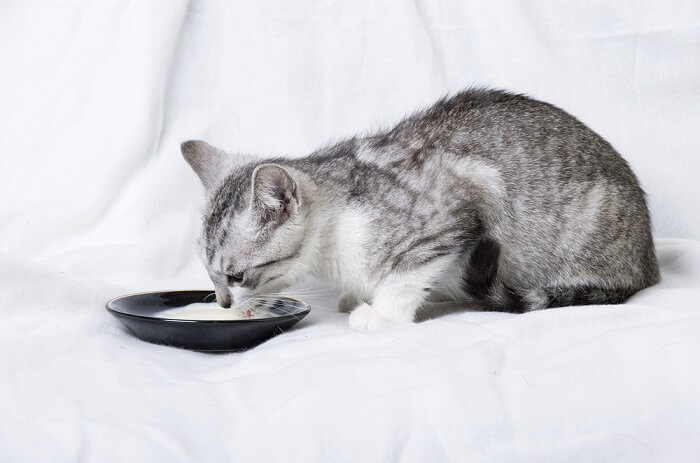 There’s no denying it. Cats can definitely drink milk. You’ve seen the illustrations of kittens clustered around a saucer of milk. You’ve seen milk-flavored cat treats. Maybe you’ve even watched your own cat lapping it up.

Whether it’s from a cow, goat, or mama cat, kittens and adult cats can and do drink milk. There’s also no denying that milk is a natural part of the feline diet—when it comes from Mom.

Like all mammals, kittens rely on their mother’s milk as their sole source of nutrition. A cat’s milk has the perfect balance of essential nutrients to help kittens grow and thrive.

And like all baby mammals, kittens produce an enzyme called lactase. This enzyme’s primary job is to digest lactose, also known as milk sugar. When kittens drink their mom’s milk, those lactase enzymes go to work on the milk sugar, breaking it into glucose and galactose, two simple sugars that absorb easily into the bloodstream.

Without lactase, that lactose would be indigestible.

Instead of breaking down and moving smoothly into the body, the milk sugar would stay intact and move into the colon. There, the undigested lactose would start fermenting, draw water into the colon, and cause the symptoms we associate with lactose intolerance—bloating, diarrhea, and gas.

Is Milk Bad for Cats? 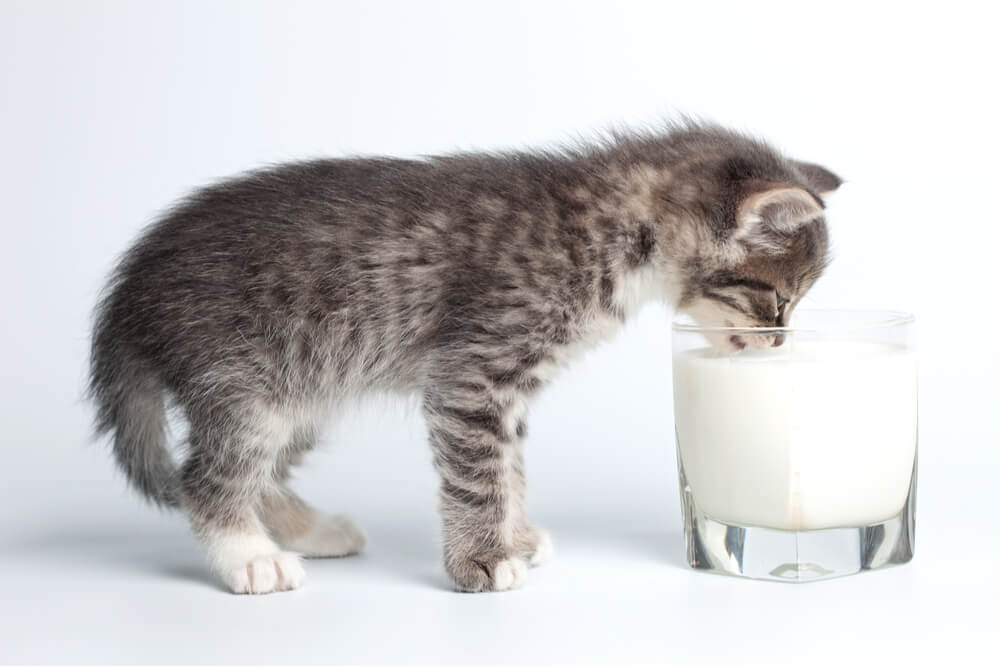 To help them digest the milk sugars in their mom’s milk, kittens naturally produce an enzyme called lactase. As they grow up, they produce less of this enzyme and many become lactose-intolerant.

After Kittens Are Weaned, They Start Producing Less Lactase. Most Become Lactose-Intolerant. And herein lies the problem with cats and milk. Cats are, for the most part, lactose-intolerant animals. 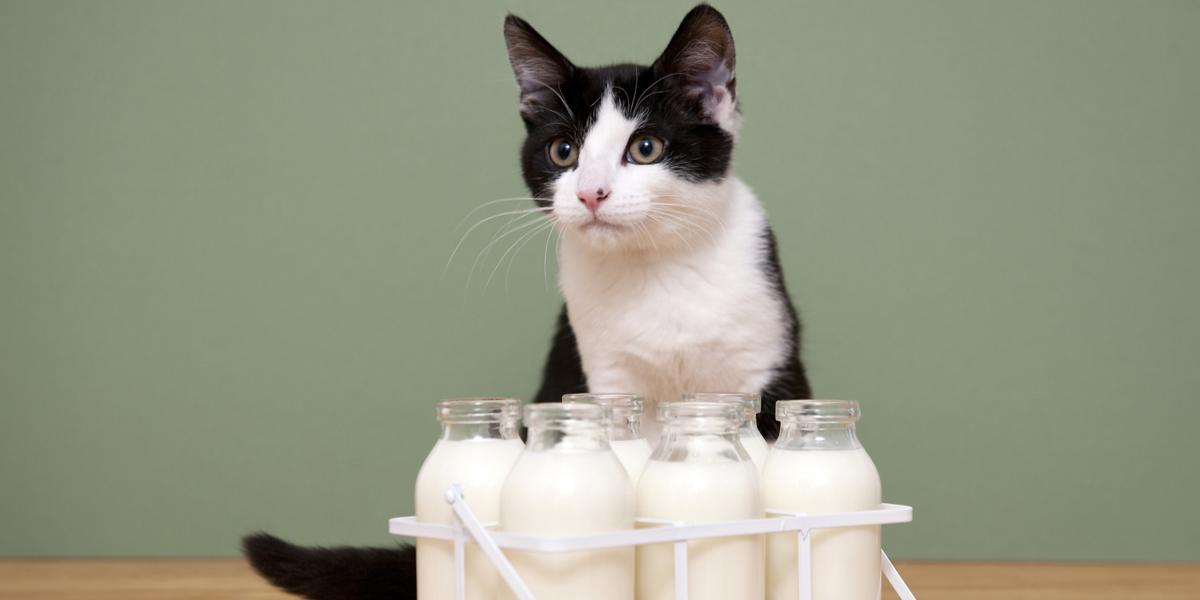 If an adult cat tries to drink the same amount of milk they had as a kitten, they’d get an upset stomach. They just don’t have the lactase enzymes needed to make the milk digestible.

Small amounts of milk won’t make your cat sick, but more than a tablespoon or so could cause digestive distress.

There are a few exceptions to this rule.

Cats can more easily digest lactose-free milk and other products made for lactose-intolerant people. They can also eat other low-lactose dairy products, including most hard cheeses, yogurt, and sour cream.

As with all foods not intended or balanced for cats, these should be considered occasional treats that make up less than 10% of a cat’s total calories for the day.

Cats Don’t Get Much Nutritional Value Out Of Milk. 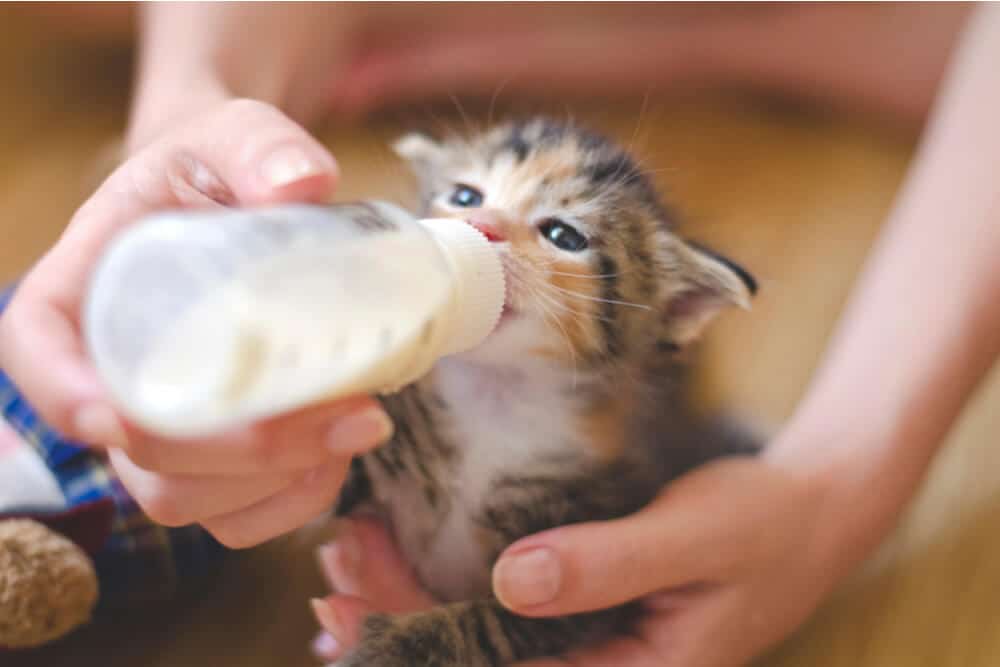 Kittens require the unique balance of nutrients present in their mother’s milk. Anything besides this milk or a specially-formulated cat milk replacer will lead to nutritional deficiencies.

Nursing kittens rely on their mother’s milk to survive, but any other type of milk fails to deliver the well-rounded nutrition your kitten or cat needs. It’s not a nutritionally complete food or even close. If you choose to give your cat milk, make it a very occasional treat.

It’s not a substitute for a nutritionally complete and balanced diet. And if you’re caring for a young kitten, never substitute cow’s milk for mother’s milk or kitten formula.

What Can You Give Your Cat Instead Of Milk? 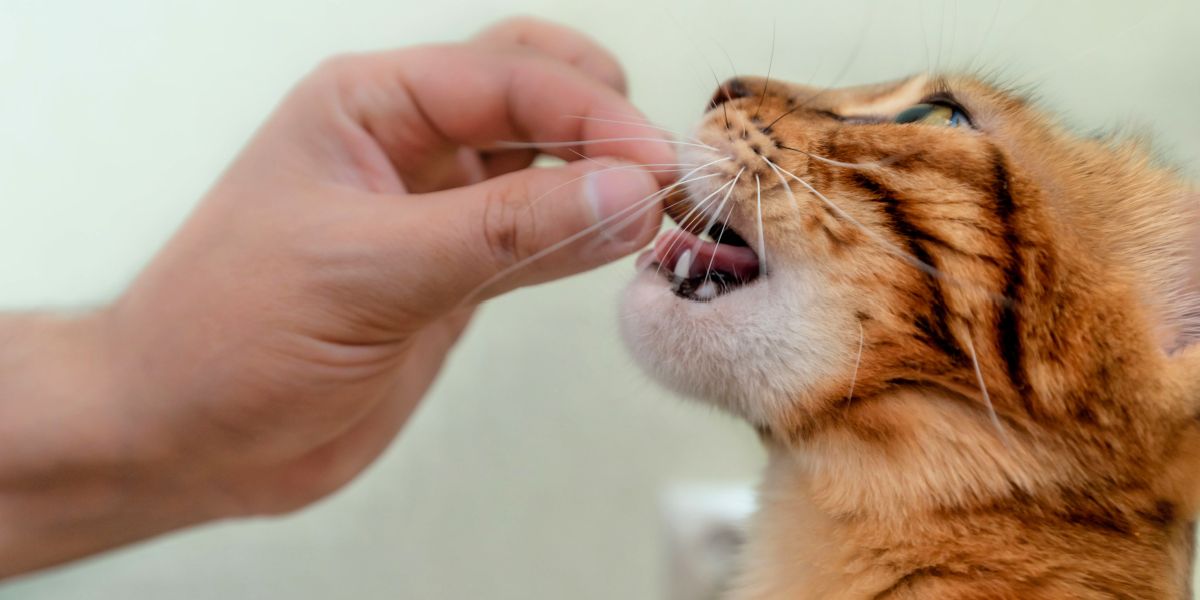 If your cat loves milk, feel free to give it to him as an occasional treat. As long as you’re not giving him so much that it triggers a reaction or makes a big dent in his daily calorie budget, milk can be a great treat. If you want to play it safe with lactose intolerance, opt for a lactose-free product.

Cats who love milk and want more than just a few sips might enjoy specially-formulated cat milk products, often found on the cat food aisle of pet stores and groceries. These products are lactose-free drinks made with cats in mind. Some are fortified with taurine for an amino acid boost.

For very young kittens, there’s no substitute for mother’s milk or a specifically formulated kitten formula. Cat milk replacers are the only safe choice for bottle-feeding a kitten.

What kind of milk is safe for cats?

Cats can safely drink small amounts of any milk, whether it’s from a cow, goat, sheep, or other animal. Any more than a couple of tablespoons, however, could cause stomach upset. If given in small amounts, milk substitutes like soy, almond, and cashew won’t make your cat sick, but they’re not something to give your cat on a regular basis.

Why do cats love milk?

It’s one of the great mysteries of the feline world. Milk is a cat’s first food and, like humans, that enjoyment of milk continues beyond infancy. Some also speculate that farm cats developed a taste for milk as a happy complement to the mice they caught in the barn. Cats are likely attracted to the texture and aroma of the fat and protein in milk.

It’s unlikely. In contrast to some human foods that are toxic to cats—chocolate, for example—milk is relatively safe and there’s very little chance that even a large quantity of it could kill a cat.

When should cats stop drinking milk?

Kittens begin the weaning process at around four weeks of age and should be complete by the time they're eight to ten weeks old. If you're bottle-feeding a kitten, they should continue consuming kitten formula exclusively until they're around four weeks old, then gradually transition to solid food.

How much milk can cats have?

While veterinarians agree that milk is not a full meal and should be given as a treat only, there's no consensus on how much milk is safe for cats. There are about 9 calories in a tablespoon of whole milk, which is about 5% of your cat's daily calorie requirement.

Treats shouldn't make up more than 10% of your cat's daily intake, so up to 2 tablespoons of milk may be a safe, calorically moderate treat. With new treats, always start small to see if your cat tolerates it before increasing the amount gradually.

What happens if you give cats milk?

In most cases, nothing. If you give your cat too much milk—let's say they drink a quarter of a cup of it—they may experience some gassiness and diarrhea.

Yes. It's not nutritionally complete and you'll still need to be careful to keep those calories under control, but lactose-free milk is a safe alternative for cats.

Are cats allergic to milk?

Food allergies are uncommon among cats, but when cats do develop allergies to dietary proteins, dairy is a common culprit. Signs that your cat is allergic to milk include itchiness, digestive issues, hair loss, and watery eyes.

Yes and no. While cats can digest other components of milk, adult felines have a limited ability to digest the lactose (milk sugars) present in it.

Does milk give cats diarrhea?

Because most cats are lactose-intolerant, drinking too much milk can give them diarrhea. If you notice your cat having loose stools after drinking milk, cut back on the amount you're giving them or consider a lactose-free alternative. Lactose-free milk or specially formulated cat milk may give your cat the taste they love without the diarrhea that follows.

Not directly. However, cats may poop more or have loose bowel movements after drinking milk due to the presence of lactose, a milk sugar that most cats can't digest. When this lactose moves into your cat's colon, it starts to ferment and may cause bloating, gassiness, and diarrhea.

7 thoughts on “Is Milk Good For Cats?”