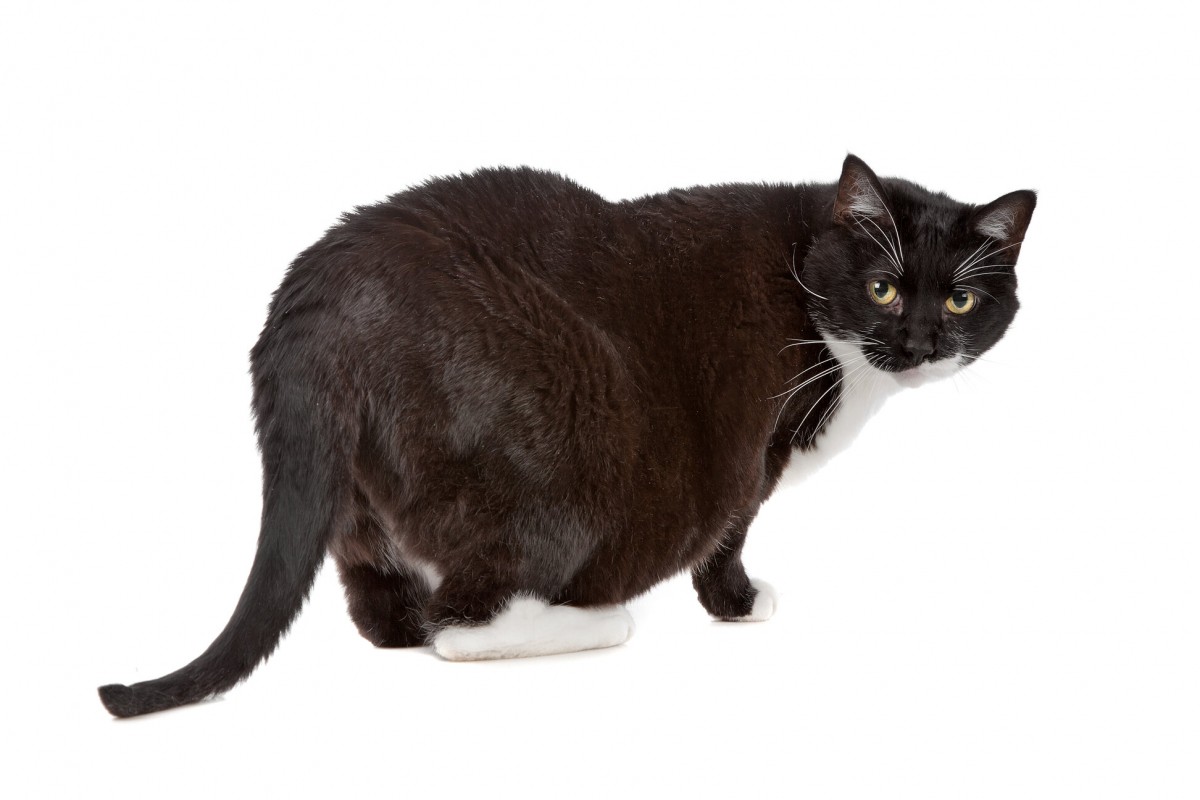 Cats are some of the original rulers of the Internet, out-dating TIk-Tok stars and even Instagram influencers. YouTube used to be a shrine to funny cat videos, and it’s no surprise that Internet users have transformed average cats into online idols. One of the most recent trends revolving around our feline friends is the reverence of what’s called a “chonky” cat.

It may have started out as all fun and games, but every cat lover needs to be cautious about how this Internet trend is affecting cats in real life. Let’s break down what a “chonky” cat actually is and what the term means for the cats in your life. 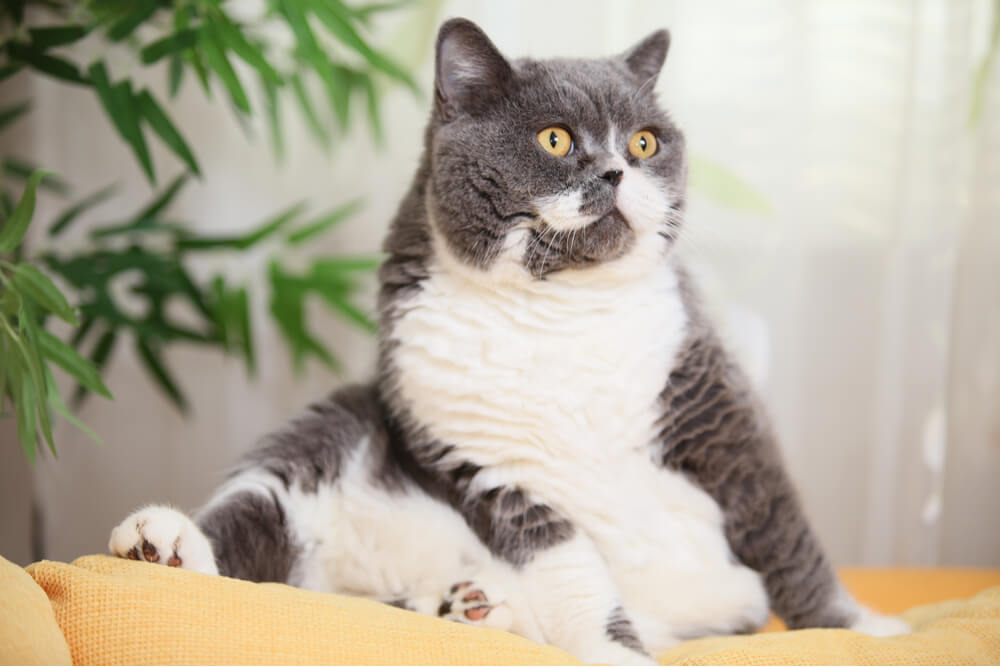 The term “chonky” is Internet speak for big, fat, or extremely overweight.

The term “chonky” is Internet speak for big, fat, or extremely overweight. It’s “catto lingo” like the words “blep”, “chimken,” and “floof.” Love it or hate it, it seems this made-up language is here to stay.

It’s not easy to trace the word chonky all the way back to the first time it was posted online, but it most likely comes from an old meme that pictured a body condition scale that ranged from “a fine boi” to “OH LAWD HE COMIN.” The amusing meme garnered more than a few likes and shares, and it ended up inspiring an entire online community dedicated to obese animals.

The Internet as a whole embraced chonky cats in all their fluffy glory. Considered to be the ideal size for hugs and snuggles, fat cats have been celebrated at an almost world-wide level. Their big bodies bring smiles and laughs and are often the basis of the Internet’s best funny videos and memes.

The trend of the chonky cat has even inspired huge groups of people to share pictures of their fat cats online. The Facebook group called “This Cat is Chonky” has 915,000 members who regularly share amusing pictures of overweight cats. There’s also the Instagram account called “Round Boys“ that has expanded its focus to include all kinds of obese animals. You can even follow individual chonky cats whose humans use their images to achieve their own levels of Internet fame. 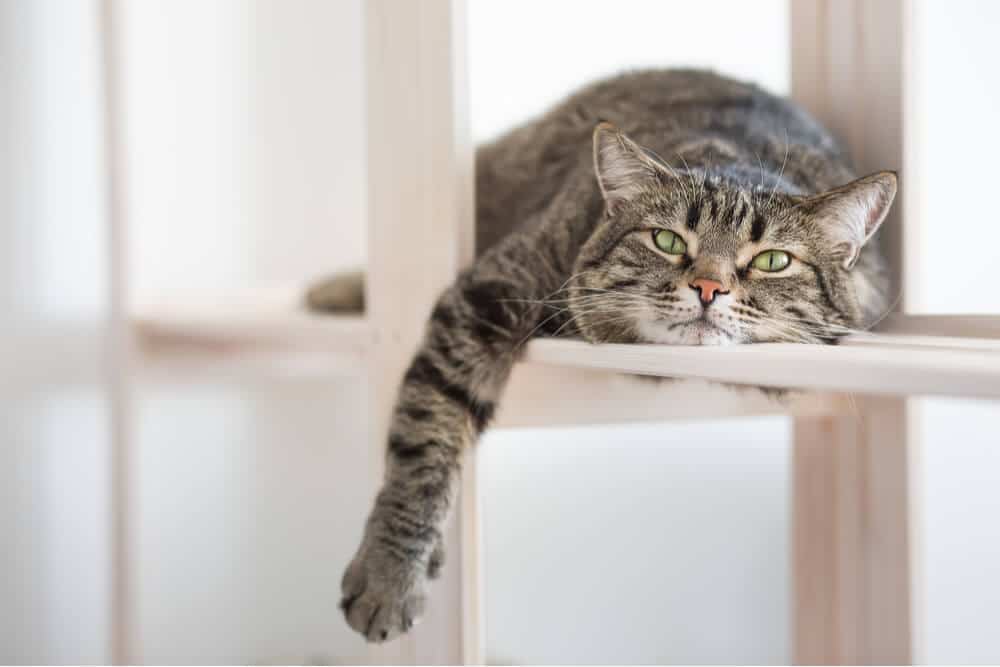 By glorifying those extra pounds, the chonky cat trend actually encourages people to let their cats get fat.

The hordes of humans celebrating fat cats usually mean well, but veterinarians and other experts don’t see it as light-hearted fun. The “This Cat is Chonky” Facebook group, for example, has a strict “no chonk shaming” rule to supposedly protect the feelings of both cats and their owners, but some animal health experts suggest a bit of shaming might now be in order.

By glorifying those extra pounds, the chonky cat trend actually encourages people to let their cats get fat. Having a chonky cat is like hitting the Internet jackpot and opens doors to social media fame. What these wanna-be influencers don’t think about, however, is how cats suffer from obesity.

Like with humans, obesity in cats can cause a long list of health issues. According to VCA Animal Hospitals, overweight cats are at a higher risk for diabetes, heart disease, hypertension, osteoarthritis, and many types of cancer. The culmination of all this means most chonky cats don’t live past ten years old. 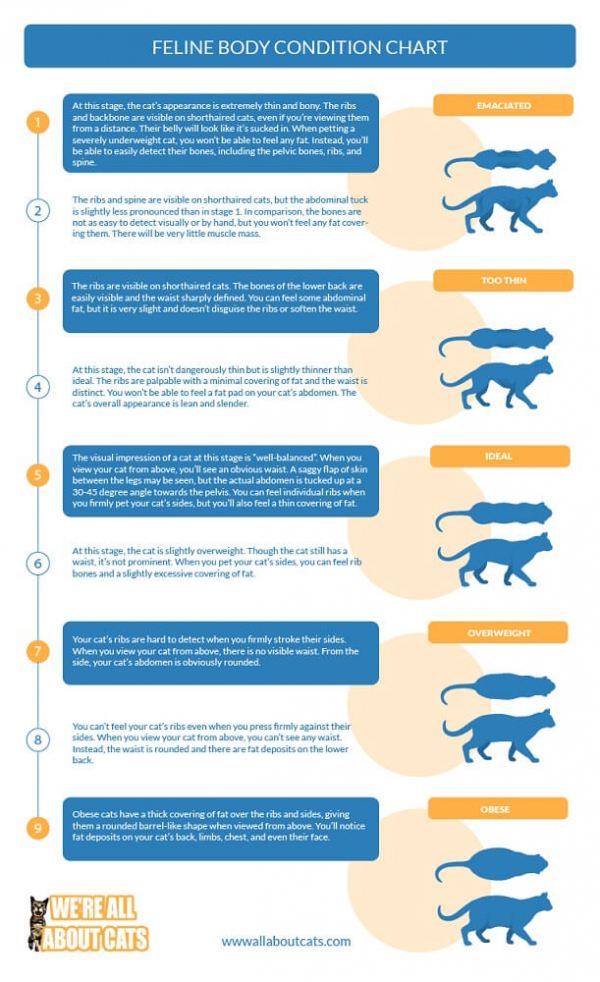 Many vets say that the Internet’s love for fat cats is skewing what people consider to be a healthy weight for cats. Ideal weight depends on the cat’s breed and frame, but on average, a healthy weight is around 10 pounds. A healthy Maine Coon cat might get up to 25 pounds, but those pounds are appropriate for that larger cat.

The average mixed breed cat you get at the animal shelter should not be tipping the scales at over 20 pounds. These cute cats might be famous online, but they suffer in real life. 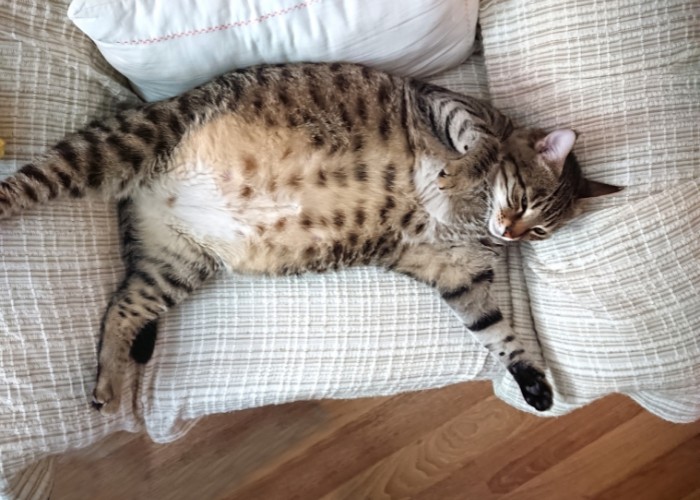 They’re charming and cuddly-looking, but allowing pets to pack on the pounds is considered by some to be animal abuse.

Don’t Let Your Cat Be A Chonky Cat

They’re charming and cuddly-looking, but allowing pets to pack on the pounds is considered by some to be animal abuse. The feline body is not built to support all that chonk, and overfeeding a cat or neglecting their exercise is anything but funny.

If you can’t easily feel your cat’s ribs, they’re most likely overweight. Another way to tell if your cat is too large is to look at them from above. If they look round without a noticeable waist, it’s time to prioritize weight loss.

Talk to your vet about your cat’s ideal weight and what you need to do to help them achieve it.

All About Cats
How Many Litter Boxes Should You Have Per Cat?
JOIN THE FAMILY

One thought on “What Is A Chonky Cat?”