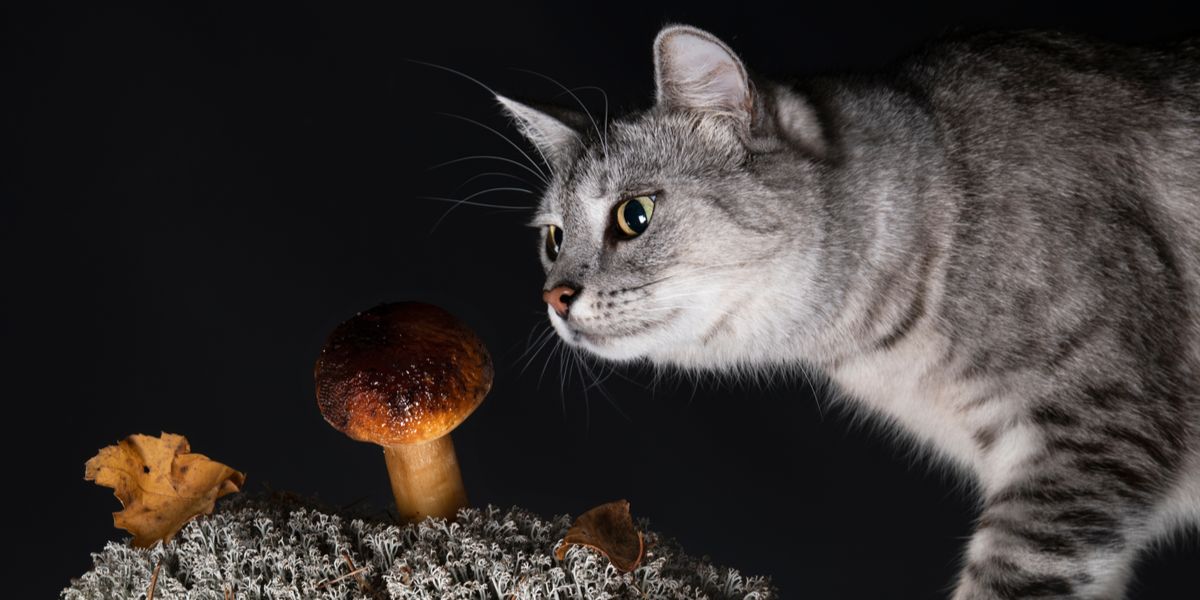 Mushrooms grow readily in warm wet environments and are versatile, tasty, and affordable. Your cat might love a good sniff around mushrooms when you’re preparing them, which has probably left you wondering whether they are safe for your feline friend.

There is not a straight answer, as there are hundreds of varieties of mushrooms. Some mushrooms, such as white, button, or portobello mushrooms bought from a store can be safe for cats, however, many mushrooms are dangerous for cats.

Cats are attracted to mushrooms because they have a similar taste and smell to meat, but though some mushrooms are safe, others are very dangerous and can be toxic.

Wild mushrooms are particularly risky and can be tricky to identify, so it’s best to avoid feeding mushrooms to your cat. Let’s take a closer look at why. 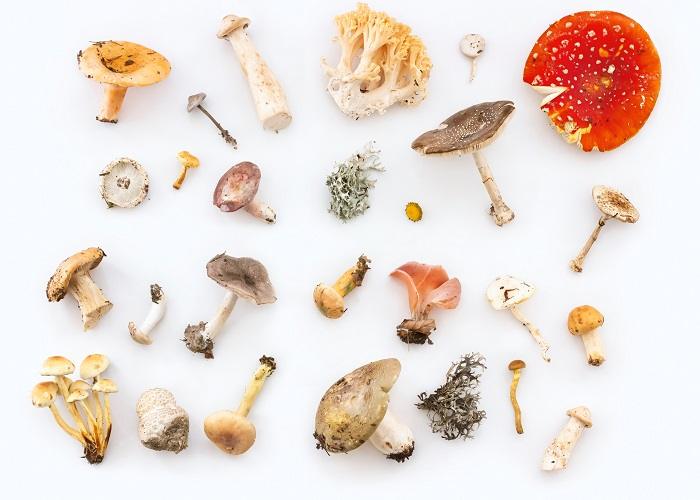 One cup of white mushrooms contains:

Mushrooms are also rich in selenium, phosphorus, and folate. 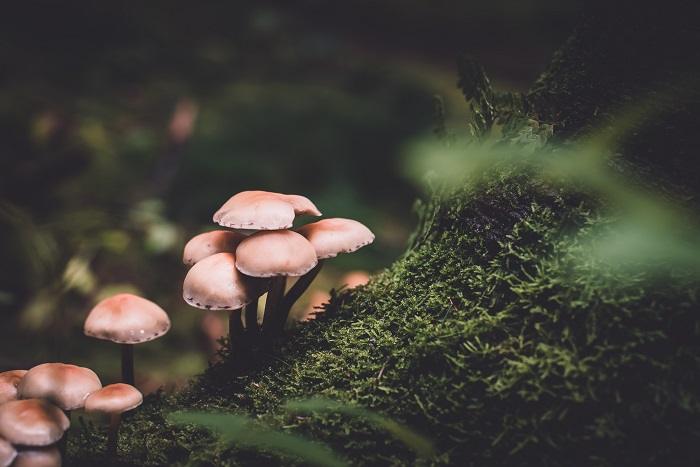 Mushrooms contain high levels of antioxidants, which are thought to help protect the body against cancer. Antioxidants protect cells in the body from oxidative damage.

The main antioxidants in mushrooms are called flavonoids and phenolic acids. They also contain a polysaccharide called beta-glucan, which stimulates the immune system, protects the heart from disease, and lowers blood sugar levels by preventing the absorption of some fats into the bloodstream.

The vitamin C content in mushrooms also supports healthy immune function. It is even thought that mushrooms can act as a prebiotic to promote gut health.

Also Read: The Truth About Grain-Free Diets For Cats

Benefits Of Mushrooms For Cats 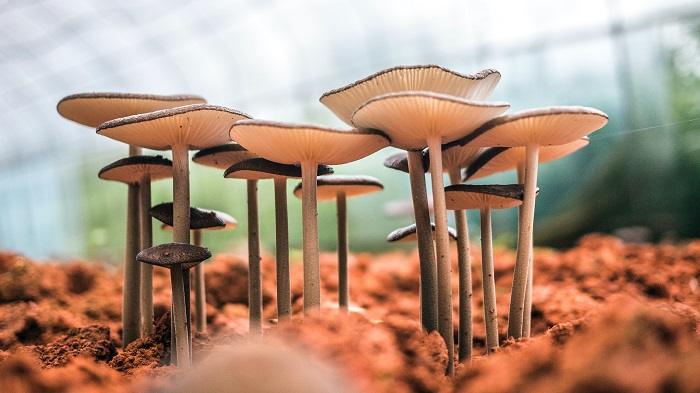 Although mushrooms have some amazing health benefits for humans, cats can’t eat mushrooms in the quantities they would need to reap these benefits.

Cats are obligate carnivores, and even though some mushrooms can be safe for cats, they are best avoided as some can be very dangerous. A varied diet will keep your cat healthy, but mushrooms shouldn’t feature regularly.

How Many Mushrooms Can A Cat Eat? 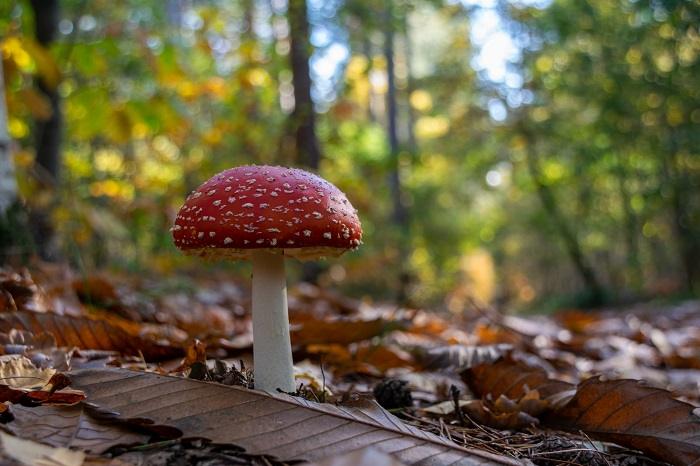 Cats shouldn’t really eat mushrooms, even though some mushrooms, such as white or button mushrooms are safe. Too many can cause an upset tummy, and mushrooms don’t offer cats any nutritional benefits.

How Often Can A Cat Eat Mushrooms? 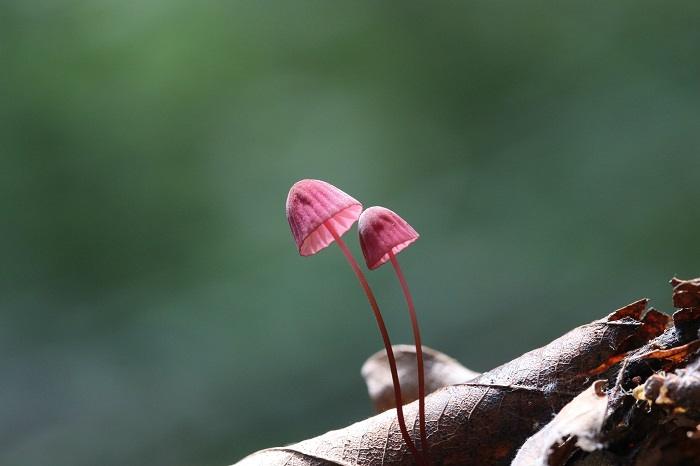 Mushrooms should not be a regular feature in your cat’s diet, but if they do get their paws on a safe variety occasionally that is nothing to worry about. 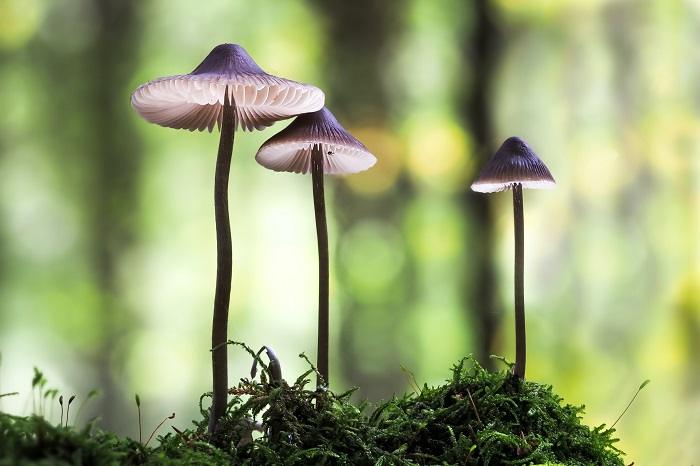 Also Read: Are Fruits And Vegetables Safe For Cats? What Every Cat Owner Should Know

The Risks Of Eating Mushrooms For Cats 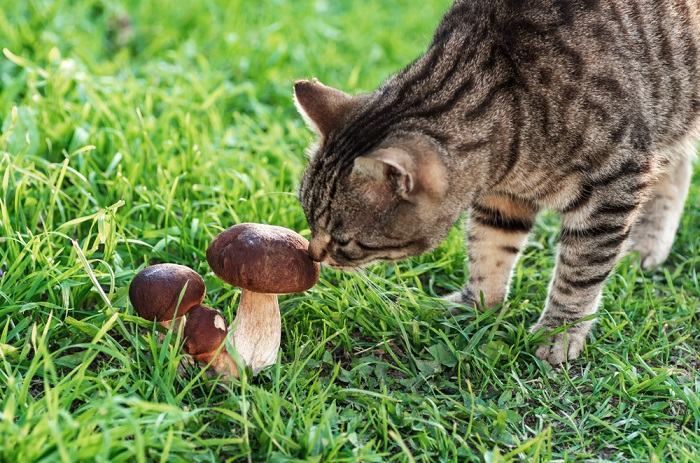 Wild mushrooms can be toxic to cats (and people!). Safely dispose of any mushrooms growing in your yard so you cat doesn’t nibble them.

Store-bought mushrooms are not toxic to cats. The biggest risk to cats is wild mushrooms.  Mushroom poisoning can look very different depending on the mushroom eaten, so let’s look at some of the biggest risks of eating mushrooms for cats. 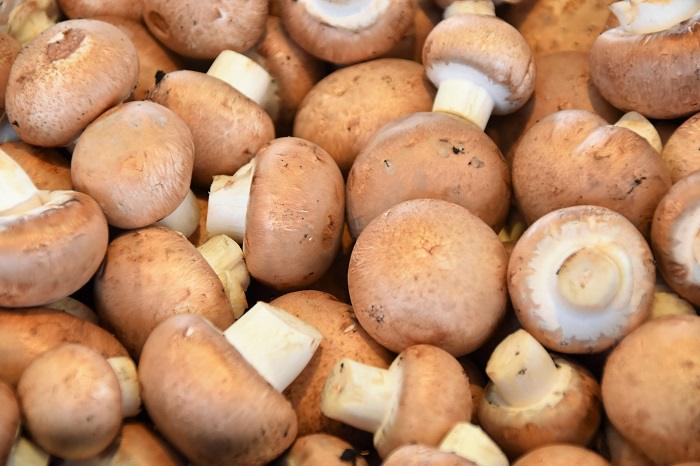 Some mushrooms can give your cat a very upset stomach. This usually happens within 15 to 60 minutes of eating the mushrooms. Vomiting, diarrhea, and dehydration are the most common symptoms and can be mild or severe. Sometimes these mushrooms also have respiratory effects and lower your cat’s heart rate. 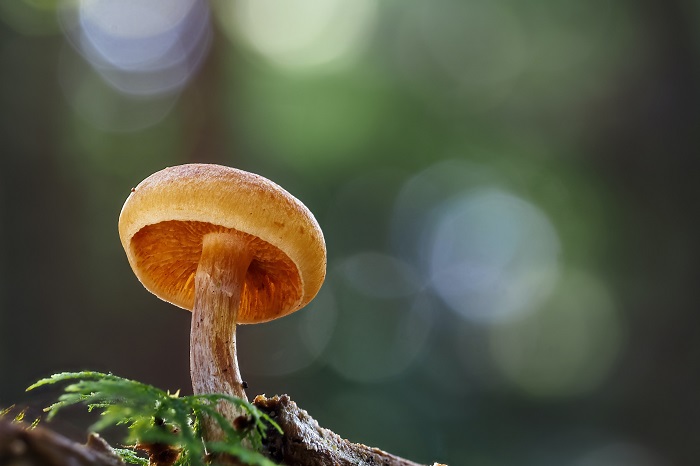 Liver toxicity, or hepatotoxicity, occurs when Amanita mushrooms are ingested. Sometimes known as death cap, these mushrooms are extremely dangerous. Symptoms begin  six to 24 hours after ingestion with vomiting and diarrhea. 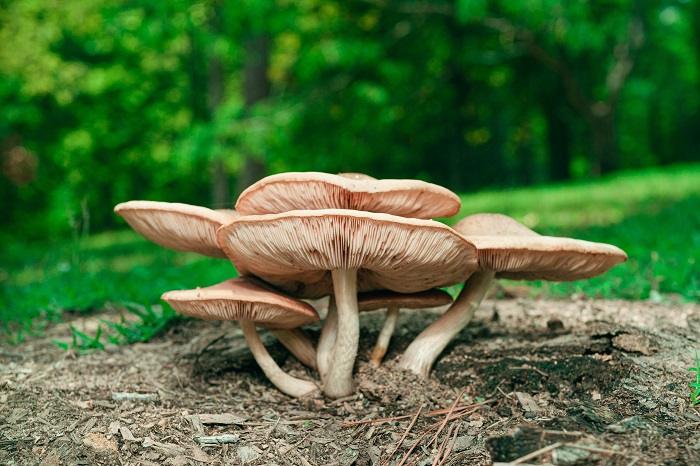 Some mushrooms cause kidney toxicity, or nephrotoxicity, which can lead to vomiting, diarrhea, and dehydration. The onset of symptoms can be delayed by up to 12 hours after ingestion, during which time the damage to the kidneys could become irreversible. 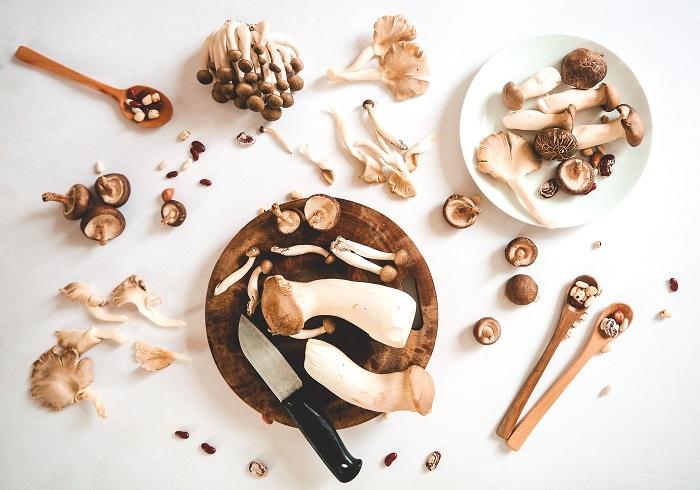 Three types of mushrooms can have neurological effects: hydrazines, isoxazole, and psilocybin (or “magic”) mushrooms. Symptoms occur very quickly within 30 minutes of ingestion but can be delayed up to six hours.

Typical symptoms include weakness, loss of coordination, hallucinations, vocalization, drooling, trembling, agitation, disorientation, and seizures. Sometimes there can be some vomiting and diarrhea too, as well as liver and kidney damage. 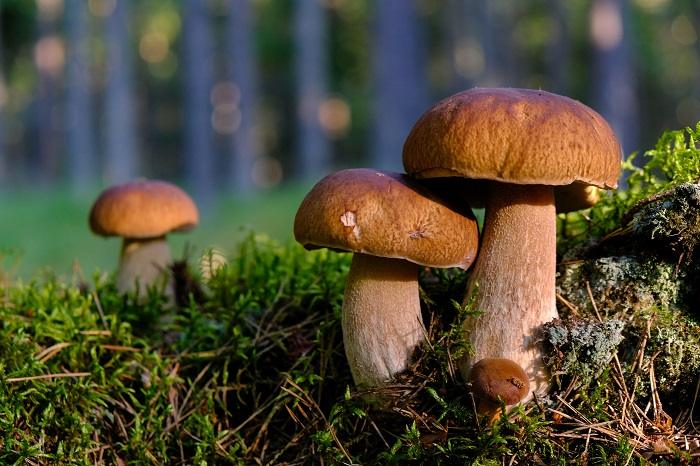 Signs Your Cat Has Eaten Mushrooms 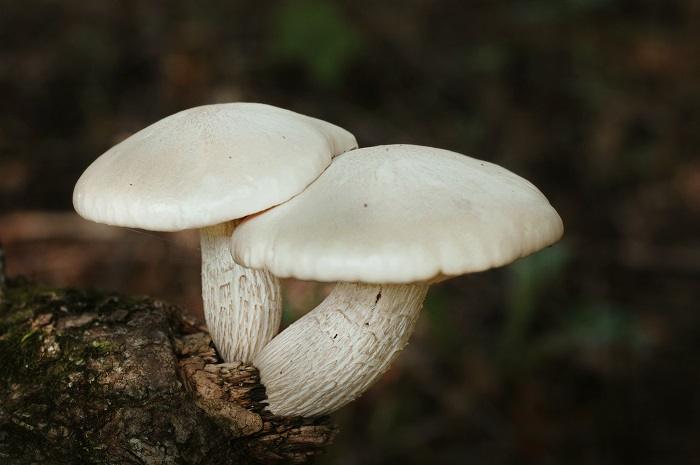 If your cat has eaten poisonous mushrooms and is showing any signs of being unwell, get them seen at the vet as soon as possible. It’s really helpful for the vet if you are able to take a photo or sample of the mushroom your cat has eaten, as identifying it can help guide the treatment plan.

What Happens If Your Cat Eats Mushrooms 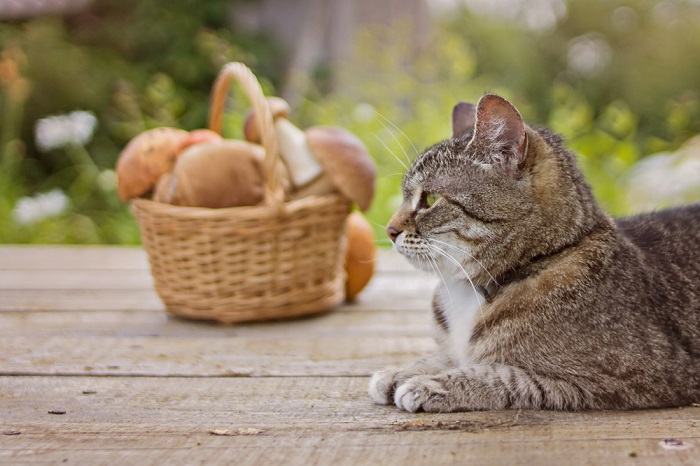 If you suspect your cat has eaten wild mushrooms, contact your vet or emergency vet immediately for evaluation and treatment.

The treatment for mushroom poisoning depends on the type of mushrooms eaten and the symptoms. The vet will perform a thorough examination of your cat, and then run blood tests to assess any liver or kidney damage.

If your cat has only just eaten the mushrooms the vet might suggest making your pet vomit and giving activated charcoal to prevent absorption of the toxin from the stomach.

If your cat has eaten mushrooms that can cause liver, kidney, or neurotoxicity they will likely be hospitalized. There are antidotes for some mushroom toxins, such as atropine for muscarine poisoning.

But treatment is usually supportive consisting of intravenous fluids, anti-sickness medication, and liver support supplements. If your pet is treated rapidly before major organ damage occurs then the prognosis is generally good, and most cats recover well. 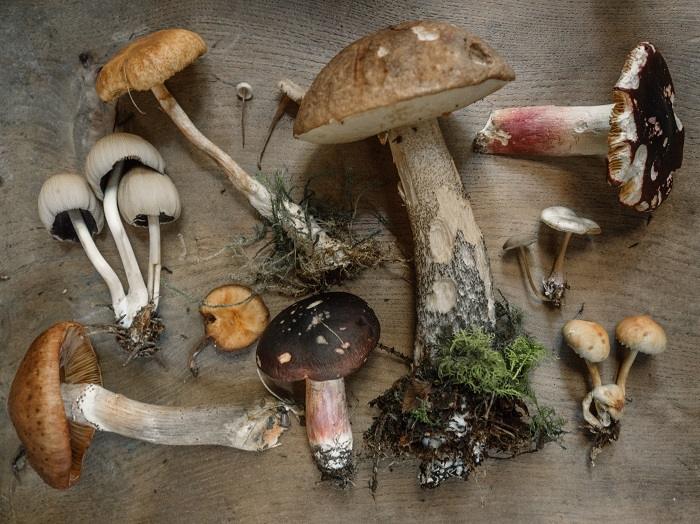 Strange as it might sound, cats are actually attracted to the smell of mushrooms!

This is because mushrooms contain an amino acid called glutamate which has a distinct savory flavor sometimes known as umami. It’s a similar amino acid to those found in meat, so cats have a great nose for detecting and enjoying this flavor. 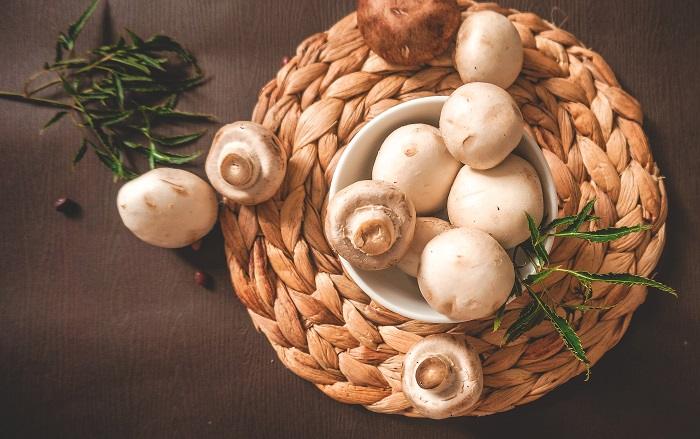 Cats are attracted to mushrooms because they have a similar taste and smell to meat, but though some mushrooms are safe, others are very dangerous and can be toxic.

If you are unsure about whether a mushroom is safe or not, contact your vet or a veterinary poisons service and try to identify the mushroom. It’s best to avoid feeding your cat mushrooms as they don’t offer much nutritional value and can make them unwell.

Cats should never eat fried vegetables as fats and oils can cause vomiting and diarrhea, and contribute to weight gain and obesity.

No. Most dried mushrooms are wild and can potentially be very dangerous for cats. They often also contain seasoning and preservatives which might also make your cat unwell.

Cats can safely eat most store-bought mushrooms, as long as they are not wild. Tinned mushrooms are OK if they are in water. You should not feed your cat tinned vegetables that contain preservatives, salt, or added flavoring as this might make them unwell.