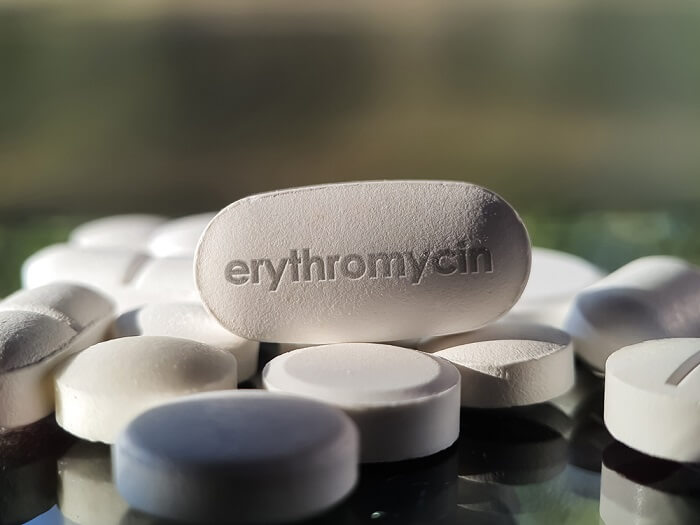 Erythromycin is a medication used as an antibiotic and sometimes in veterinary medicine as a promotility/prokinetic agent to encourage emptying of the stomach. In this article, you’ll learn what erythromycin is, when it may be used in cats, side effects to consider and some frequently asked questions.

About Erythromycin For Cats 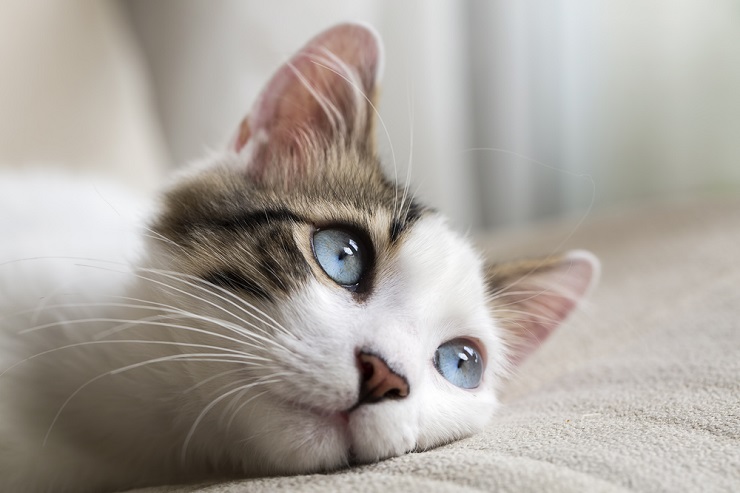 There are rare cases where erythromycin may be given orally (by mouth) in cats to address a bacterial infection. The reason this drug is rarely used orally is largely due to erythromycin’s selective spectrum against certain bacteria, resistance shown to it by some common bacteria like E. coli and Staphylococcus species, and its potential to cause adverse digestive upset effects.

As a promotility/prokinetic agent, it is also uncommonly used, as there are better choices available for most of the motility disorders cats may suffer from. The doses for erythromycin when used for this purpose are typically lower than when used as an antibiotic, and many veterinarians are opposed to using an antimicrobial medication at subtherapeutic doses that may worsen bacterial resistance.

The most common form of erythromycin used in cats is an ophthalmic (eye) ointment preparation, which is often prescribed for conjunctivitis or other eye infections.

What Does Erythromycin Do For Cats? 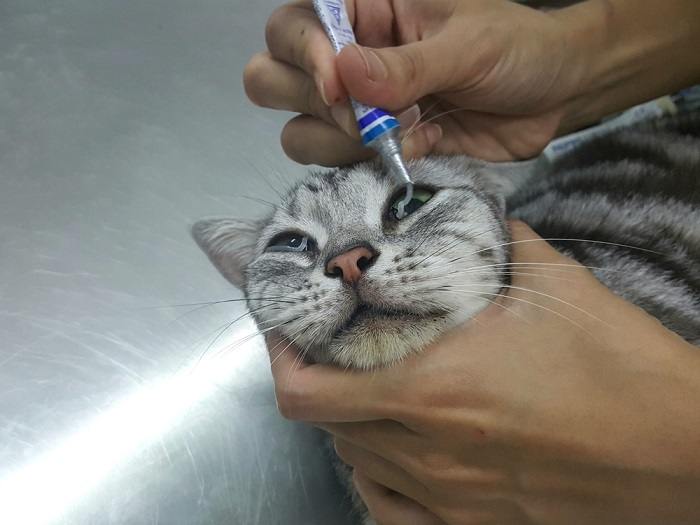 Erythromycin is classified as a macrolide antibiotic. This type of antibiotic is a time-dependent antibiotic and is usually bacteriostatic, meaning that it halts bacterial reproduction, but it may be bactericidal and kill bacteria at higher doses.

Macrolide antibiotics affect bacteria by binding to them and preventing protein synthesis, which slows or stops their growth.

Erythromycin can have effects against a range of different bacteria. However, some bacteria, like many strains of E. coli and some strains of Staphylococcus, have developed resistance to erythromycin.

Erythromycin is also less effective in treating abscesses and where the health of surrounding tissue is compromised. This makes it a less ideal choice as an empirical antibiotic without culture or sensitivity, especially for cat bite wounds and abscesses.

In cats, erythromycin is thus used uncommonly as an oral antibiotic choice and may only be indicated in cases where a bacterial culture supports its use.

As a promotility/prokinetic agent, it is used more often in other species for this purpose than in cats. It appears to have no effect on motility of the colon, a common focus in cats experiencing chronic constipation.

However, erythromycin may be useful in treating some cats with gastroesophageal reflux and reflux esophagitis. This is where liquid or food comes back up into the esophagus from the stomach after being ingested.

Erythromycin increases pressure of the lower esophageal sphincter, essentially clamping it shut and preventing reflux of food or liquid back into the esophagus.

The ophthalmic preparation of erythromycin may be used to treat susceptible bacteria like Mycoplasma and Chlamydia species that commonly cause infections on the surface of the eye or under the eyelids.

Side Effects Of Erythromycin For Cats 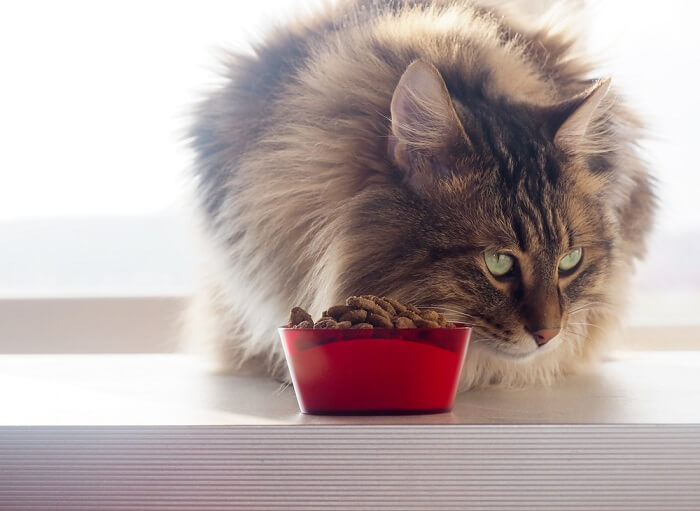 Erythromycin is occasionally useful in treating some cats with gastroesophageal reflux and reflux esophagitis.

Although erythromycin is relatively nontoxic to the body, oral erythromycin appears to be more likely to cause gastrointestinal disturbances like diarrhea, vomiting and poor appetite, compared to many other antibiotics.

When given orally, erythromycin is also known to have many potential drug interactions. Some of these drugs often used in cats may include clindamycin, cisapride, cyclosporine, maropitant (Cerenia), opioid pain medications and many others.

The ophthalmic preparation of erythromycin generally has few side effects when used properly, though some people using erythromycin ophthalmic ointment report mild stinging, burning or irritation during use.

Always make sure to discuss with your veterinarian any medications your kitty is already taking before starting a new medication.

If you are ever concerned that your kitty may have developed side effects while taking erythromycin, make sure to contact your veterinarian, the ASPCA Animal Poison Control Center (1-888-426-4435) or Pet Poison Helpline (1-855-764-7661) for further advice. 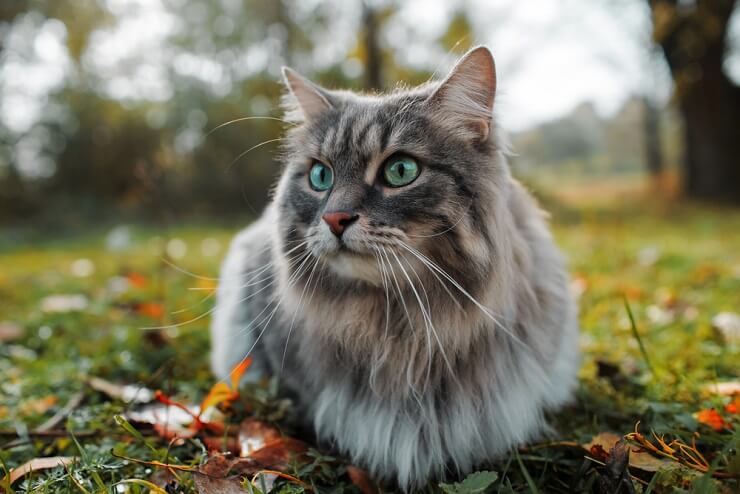 For the ophthalmic erythromycin ointment the dose is generally a ¼- to ½-inch strip in the affected eye, up to six times a day (about every four hours). The frequency of use may depend on the severity of an infection affecting the eye. 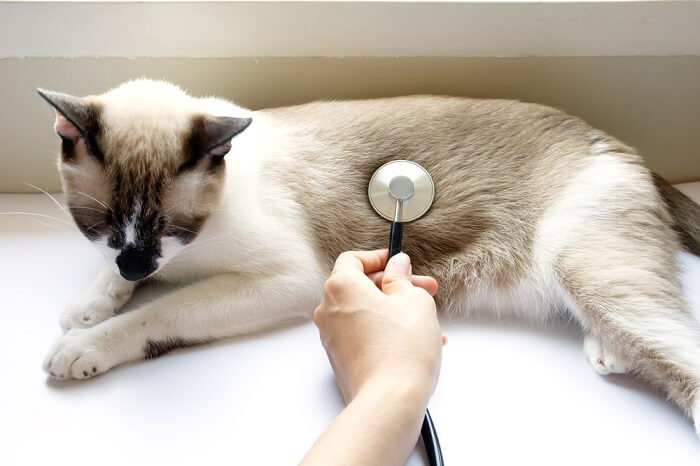 Although erythromycin may have some clinical applications for cats, the oral form is rarely used due to concern over bacterial resistance, poor bioavailability, its limited impact as a prokinetic on the motility of the colon in cats and its potential for adverse digestive upset effects.

The ophthalmic form of erythromycin on the other hand, is commonly used for cats experiencing infections on the surface of the eye or under the lid, as erythromycin can be very effective against bacteria that commonly cause these types of infections in cats.

What does erythromycin treat in cats?

Oral erythromycin is uncommonly used in cats as either an antibiotic or as a promotility/prokinetic agent. However, the ophthalmic ointment form of erythromycin is commonly used to treat certain bacterial infections of the surface of the eye or under the eyelid of cats.

Can I use erythromycin on my cat?

You should never use a medication you have at home on a pet without discussing this plan with your veterinarian first. Oral erythromycin can cause bad digestive upset in patients using it and there may be a more effective antibiotic to use if you think your kitty has an infection.

Even the ophthalmic ointment preparation may not be ideal for all infections involving the eye. You should always have your cat examined by a veterinarian first to determine the best medication course to use.

How long does it take for erythromycin to work in cats?

When used against susceptible bacteria, use of the ophthalmic ointment should show marked improvement with an infection of the eye surface or eyelid within just one to two days.

The oral form of erythromycin in cats was shown in one study to reach poor concentrations in blood serum, which is another reason it may not be as effective an antibiotic choice as many other antibiotics that are available.

What is the best antibiotic for cats?

The best answer is whatever antibiotic the bacteria involved in an infection are most susceptible to!

Knowing this usually requires obtaining a sample from the affected area for a bacterial culture and sensitivity. However, for more simple infections, a veterinarian may choose an antibiotic based on the bacteria most likely to be present in a certain area, like the skin or the respiratory tract.

Oral erythromycin is not commonly used in cats because it has action only against select types of bacteria, and some bacteria commonly show resistance to it. This does make it a less ideal choice as an empirical antibiotic when a culture and sensitivity is not available.