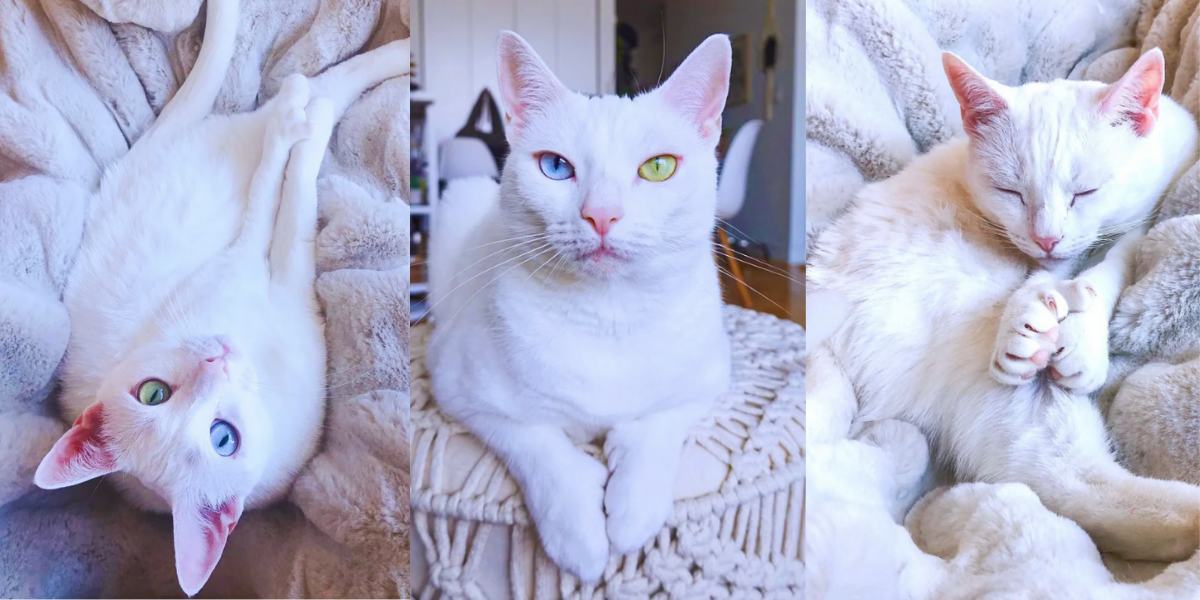 It goes without saying that all cats are special, but when it comes to cats with special needs, sometimes these cats don’t get the chance they deserve with the odds stacked against them. And worst of all, evil people in this world will toss these perfectly imperfect kitties aside as if their life means nothing at all.

For Sansa, she is a true warrior princess. But just by looking at her lovely face, with bright bi-colored eyes and a stunning white coat, you’d never know how much she—and all those extra toes—has been through. Despite her horrible start in life, she is living the dream now with two cat parents who will do anything to make her happy and strive to give her a life fulfilled with all the love she could ever ask for. 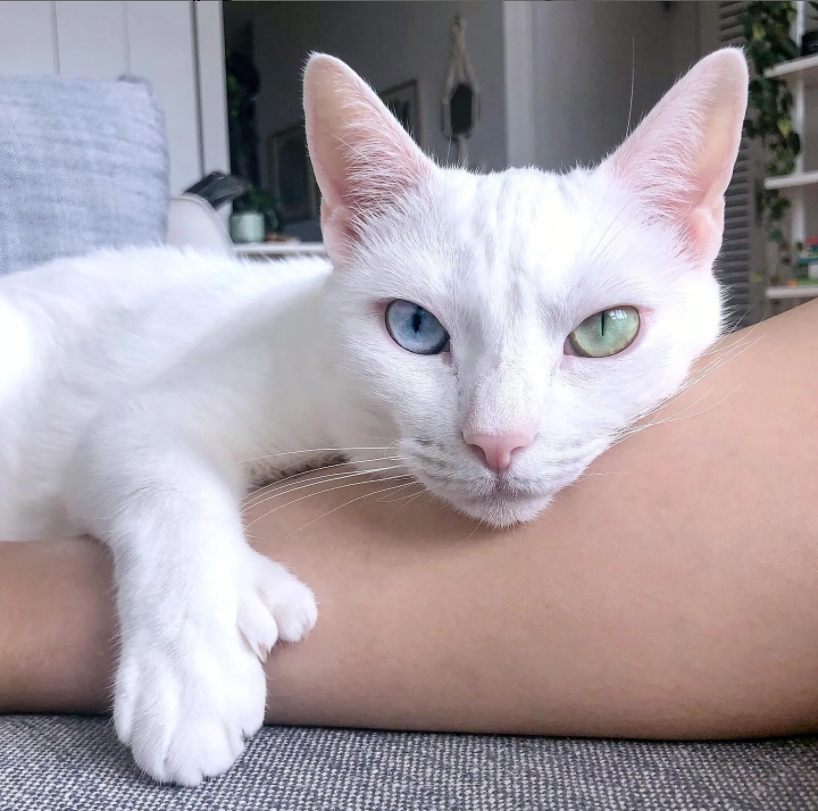 Cats are truly resilient creatures, and Sansa is living proof that you can be strong and courageous when you have the love and support of those who care about you. Keep reading to learn all about Sansa the Polydactyl cat, a “special needs rescue princess with feline hyperesthesia, different colored eyes & more toes than you.”

How Did You Meet Sansa?

My husband and I met Sansa at a Petco adoption event in Manhattan, NYC in July 2016. Even though there were a lot of cute friendly cats at the event, my eyes were drawn to Sansa’s cage (previously called Snow) – a seemingly empty cage with a sign explaining that the cat inside suffered from anxiety and had been neglected and eventually thrown out by her previous owners.

Turns out the cage was not empty – she was simply hiding under the cat bed! I felt an immediate connection to her because I suffer from anxiety myself, and I knew that I wanted her to be a part of our family before I even saw her. Imagine our surprise when the volunteer removed the cat bed and we realized that she had different colored eyes and extra toes (21 in all)! How Did You Think Of Her Name?

We named Sansa after Sansa Stark from Game of Thrones. Like Sansa Stark, our Sansa had gone through tremendous trauma and hardship in her life but we believed she would possess the strength to overcome her struggles just like Sansa Stark. Sansa Stark was initially perceived as a weak character on the show, but she endured all that life threw at her and came out the winner.

We named Sansa after her as we believed that despite her anxiety, she would be capable of emerging stronger from her past experiences. We also wanted to maintain the connection to her original name at the shelter (Snow) – in Game of Thrones, Sansa Stark is Jon Snow‘s half-sister! 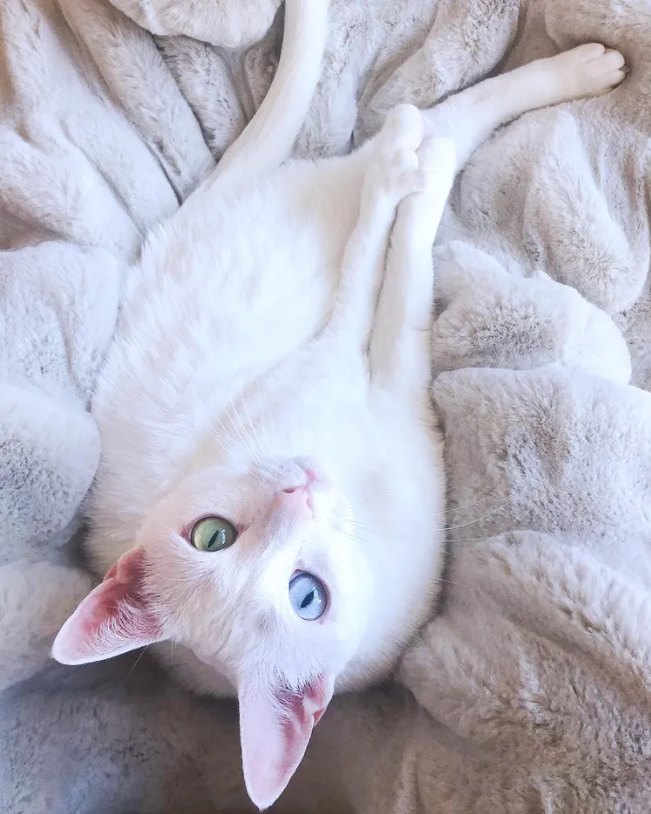 Can You Tell Me About Her Perfect Imperfections?

Sansa is the epitome of being perfectly “imperfect” inside and out! Not only does she have different colored eyes (heterochromia) and extra toes (polydactyl), she is also neurologically different and lives with feline hyperesthesia. I truly believe that what makes her different makes her beautiful, and I love that she embodies beauty in diversity. 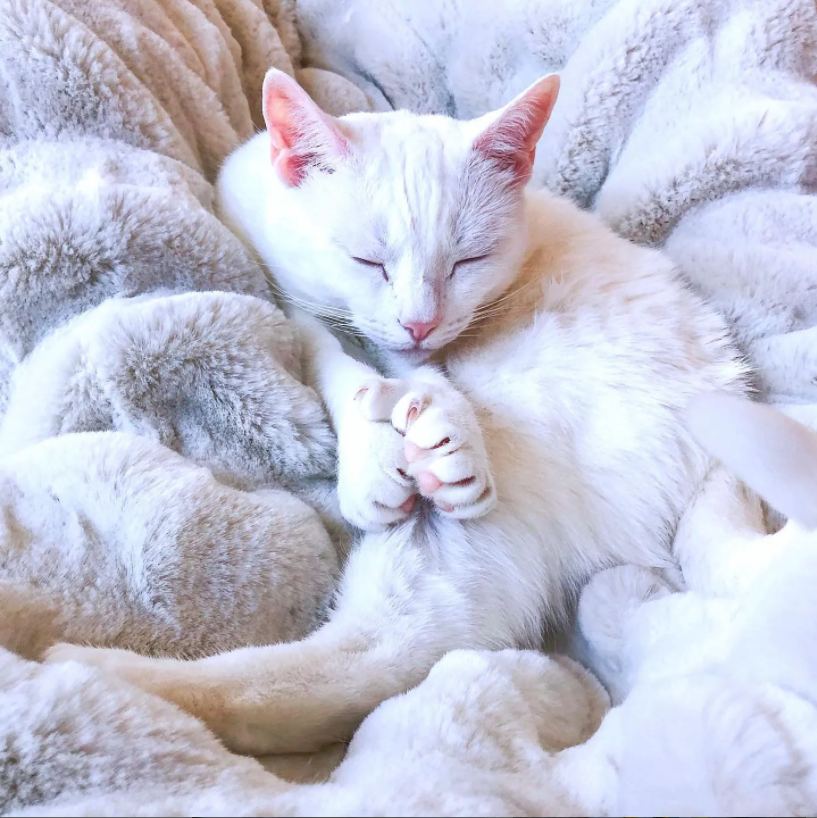 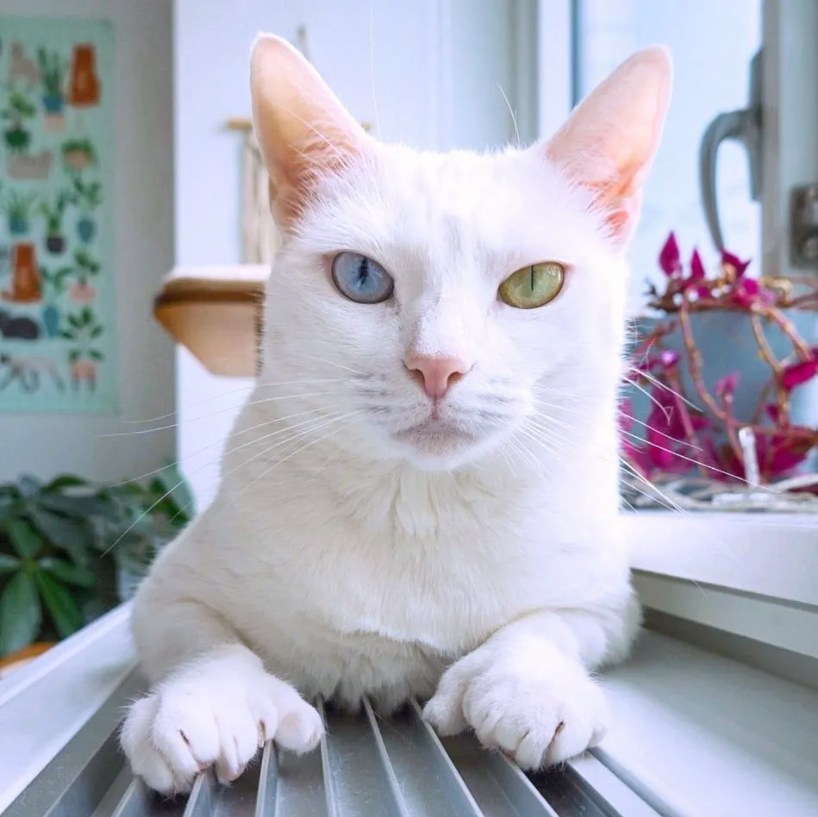 Does She Have Any Other Four-legged Friends At Home?

Sansa unfortunately does not have any other four-legged friends at home – she is truly terrified of other cats and dogs (we’ve tried introducing her) and we were told that she will need to be the only pet in our home.

How Would You Describe Her Personality?

Sugar, spice, and everything nice! Sansa is a gentle and sweet princess who loves head rubs and treats. She is extremely loving towards my husband Jack and I – she loves cuddling on our legs and following us around the apartment. She also has random bursts of sass and mischief – knocking plants off the windowsill, scratching up the couch, turning our AirPods into toys, ripping holes in our sheets and clothes… 😂 She has even learned how to use her extra thumbs to open doors! 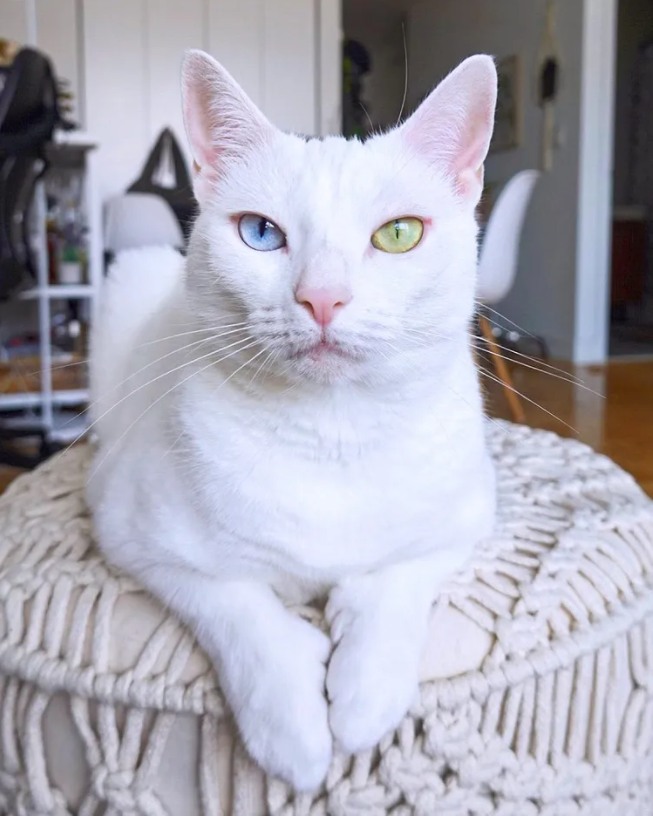 How Old Is She Now?

Sansa is 7 years old (she turns 8 in December).

What’s Something Special You’d Like For Others To Know About Sansa?

Sansa is a warrior princess who has taught me so much about resilience and strength. A year ago (April 2021), she suffered a stroke and had to be admitted to the ER which is one of the scariest experiences I’ve had to go through.

The stroke affected her coordination and ability to walk but she never gave up trying and the rate at which she improved and healed was incredible! She has changed our lives for the better and it is truly an honor to be her cat mom. We’d like to thank Karen and Jack for not only rescuing this special kitty but for hopefully allowing Sansa’s story to inspire others to take a chance on a special needs cat. Because, if one thing is certain, it’s that every single cat deserves a chance to be loved. For more on this beautiful kitty, be sure to follow her here on Instagram. And if you’d like to learn more about Feline Hyperesthesia Syndrome, you can do so here on Cats.com.