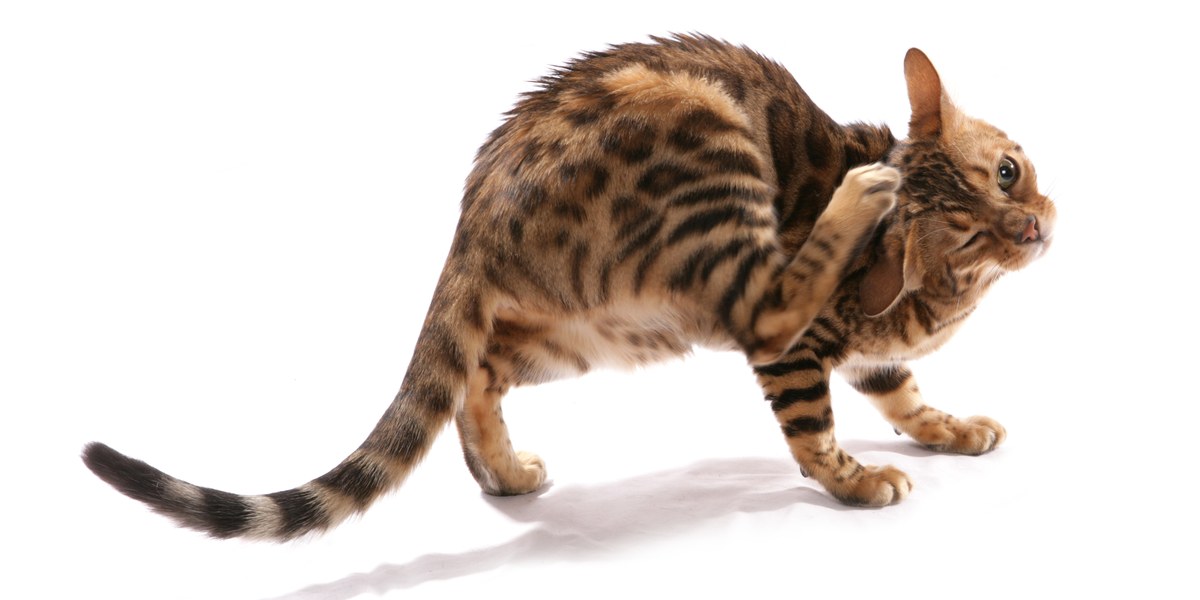 Capstar is a brand name for an over-the-counter oral adult flea insecticide called nitenpyram, made by the company Elanco. In this article, you’ll learn what Capstar does for cats, how it works, potential side effects, dosing information, and some frequently asked questions.

About Capstar For Cats 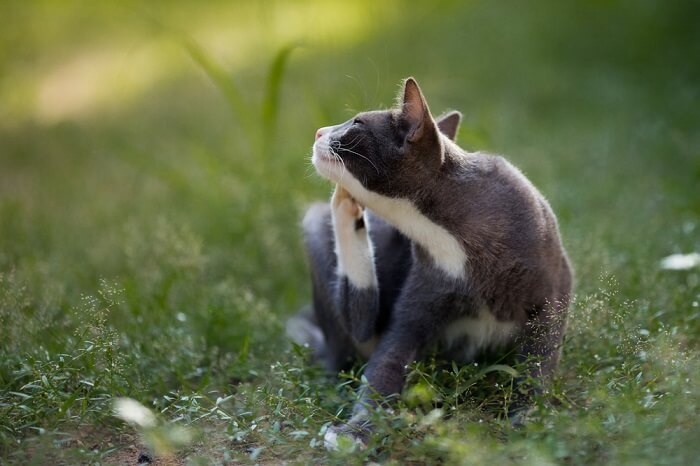 Capstar is a brand name for the active ingredient nitenpyram, which is an oral insecticide medication that targets only adult fleas.

Nitenpyram is in the class of neonicotinoid insecticides. When the medication enters a flea’s circulation after it bites a treated cat, the drug binds to receptors in the flea called nicotinic acetylcholine receptors.

Acetylcholine is a neurotransmitter responsible for many functions including muscle movement and central nervous systemic function. When nitenpyram blocks acetylcholine’s function, this leads to paralysis and death of the flea.

What Does Capstar Do For Cats? 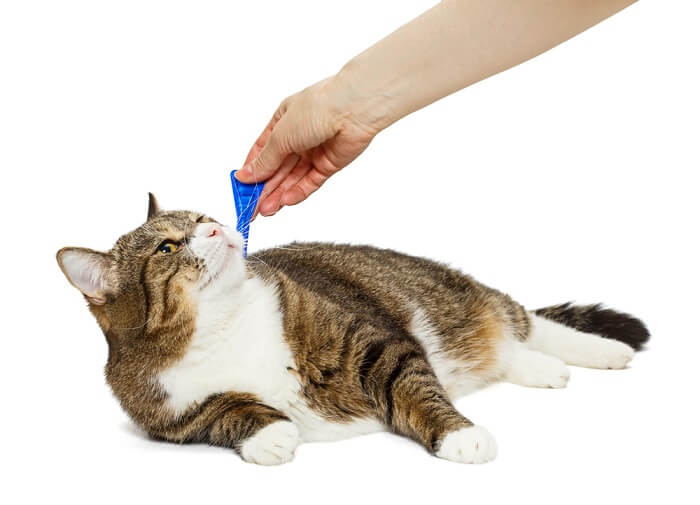 Capstar kind of gets the ball rolling on treating a cat for fleas, but it only kills adult fleas and has no effect on flea eggs or larvae. However, it is considered very safe to use and starts working within 30 minutes. Reportedly, it has a 99% kill rate for adult fleas within 3 to 6 hours of being given.

Capstar is most often used as a fast-acting way of killing adult fleas on a kitty to provide some immediate relief from their biting, prevent adults from jumping over to other pets, and stop egg-laying and perpetuation of the flea life cycle.

Practically, a single dose of Capstar is often used in a veterinary office if fleas are seen on a cat, so that all the adult fleas can be killed and the risk of any jumping to other patients in the hospital is reduced, keeping any potential spread of fleas in a clinic or hospital isolated.

Capstar also makes it easier to bathe and clean a cat with a bad flea infestation, when all of the adult fleas are dead.

Also Read: How To Get Rid Of Fleas On Your Cat

Capstar is only effective for about 24 hours, making it not the best choice for eliminating a full flea infestation, because it is very short-acting and has no effect on eggs or larvae.

If Capstar alone was used to treat for fleas, all the eggs laid and larvae that exist on a cat or in the home environment would develop into adults days or a couple weeks later. When flea eggs or larvae are not being treated, it often takes much longer to rid a cat and the home environment of fleas.

Side Effects Of Capstar For Cats 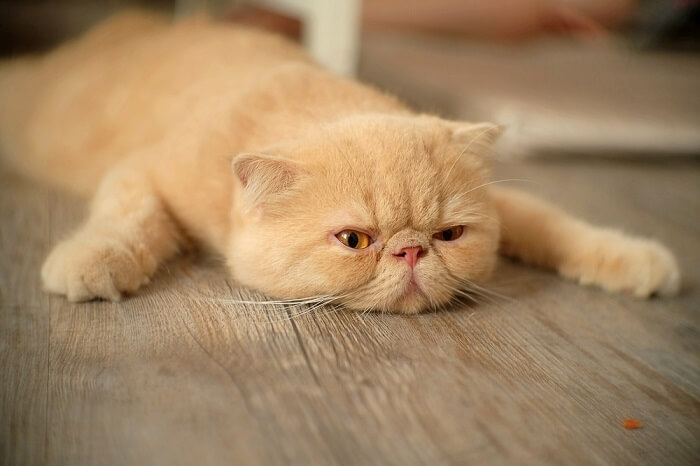 Despite being a very safe drug, some adverse effects have been reported, including hyperactivity, panting, lethargy, itching, vocalizing, vomiting and decreased appetite.

Capstar tablets are labeled for use in cats and kittens weighing 2lb or more and older than 4 weeks of age.

Capstar is considered to be a very safe drug to use. Reportedly, nitenpyram is 3500 times more selective for the nicotinic acetylcholine receptors in insects compared to vertebrates like cats, dogs, and humans, making it very unlikely to exert any of its effects on a host kitty.

Capstar has also been studied using 10 times the labeled dosage for 30 days without adverse effects being seen.

It is thought that at least some of these signs may be more associated with the die-off process of affected fleas vs. being secondary to the medication itself. Because Capstar kills fleas quickly and has a short, 24 hour range of efficacy, the side effects are usually self-limiting and resolve without any treatment.

More serious side effects were more commonly seen in cats weighing less than 2 pounds, and those who are thin or emaciated. Although labeled for cats older than 4 weeks of age, Capstar should still be used cautiously in cats less than 8 weeks old.

Nitenpyram has also been considered one of the safest flea medications to use for breeding, pregnant, and lactating animals. While birth defects and neonatal loss have rarely been reported, the risk is considerably lower compared to use of other flea medications.

Capstar for cats is safe to use with other flea treatment/preventative medications, and in fact concurrent use is common given Capstar’s limited range and duration of effect. For example, it is common to give a cat a dose of Capstar to provide a quick kill of adult fleas, followed by use of a topical medication that will last for at least 30 days, like Revolution, Advantage II, or Frontline. 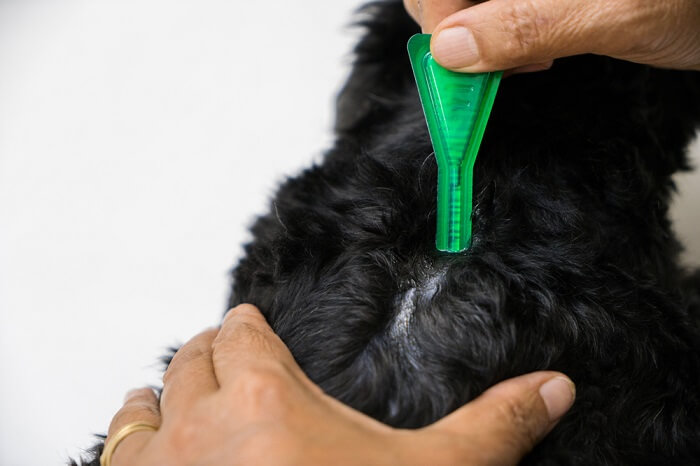 In cats that are difficult to administer a tablet to, Capstar can be crushed or dissolved in a very small amount of water and given orally by syringe.

According to the manufacturer, cats weighing 2-25 pounds of body weight should get one of the 11.4mg tablets once by mouth. It is safe to repeat this dosage as often as every 24 hours, and may be given with or without food.

Anecdotally, in cats that are difficult to administer a tablet to, Capstar can be crushed or dissolved in a very small amount of water and given orally by syringe.

When Capstar is the sole method of flea treatment (which as mentioned is less effective than other methods), protocols may range from giving it once per day to once per week to control the presence and re-emergence of adult fleas as eggs hatch and larvae mature. 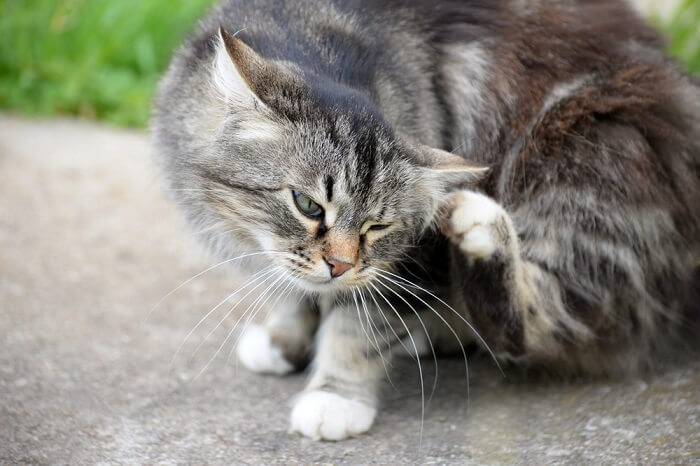 Capstar for cats is a great, safe medication to use as part of a flea treatment program for cats. However, its short duration of effect and limited ability to only kill adult fleas makes it a less ideal choice as a sole means of treating fleas.

How Long Does Capstar for Cats Last?

Capstar only lasts for about 24 hours after it is given. However, as per the label, it can be redosed every 24 hours if needed.

Do Vets Recommend Capstar for Cats?

Veterinarians do often utilize and recommend Capstar for cats, but it is important to understand its use and limitations. It can be very safe to use for very young kittens as long as they are at least 4 weeks old and 2lb in weight. It can also be useful to use for pregnant or lactating queens.

Since it starts working in 30 minutes, we often use it as a “quick kill” method when a cat in the vet office is found to have fleas, as a way of killing the adults and limiting the risk of a flea outbreak in the hospital. It is also a good way of getting the ball rolling so to speak on treating fleas by quickly killing off all adult fleas in just a couple hours.

However, it is not great to use on its own to control a flea infestation in the home. Using a product like Revolution, Frontline, Advantage II, or other approved flea treatment/preventatives for cats that work for at least 30 days are more successful at addressing infestations because they work longer and target other parts of the flea life cycle.

Does Capstar Kill Fleas or Just Make Them Jump Off?

Capstar definitely kills fleas, but it is important to remember that fleas do have to bite and consume a blood meal to get the medication into their system. Since this is basically all that fleas do, they still die very quickly from Capstar, but Capstar does not provide any “kill on contact” or repellency.

How Often Can You Give a Cat Capstar?

Per the manufacturer, Capstar can be given every 24 hours if needed. Cats given 10 times the prescribed dosage for 30 days in trials showed no adverse effects. Nitenpyram has about 3500 times more selectivity for insects and levels are not thought to accumulate over time in the body, making it a generally safe medication to use.

10 thoughts on “Capstar For Cats: Dosage, Safety & Side Effects”