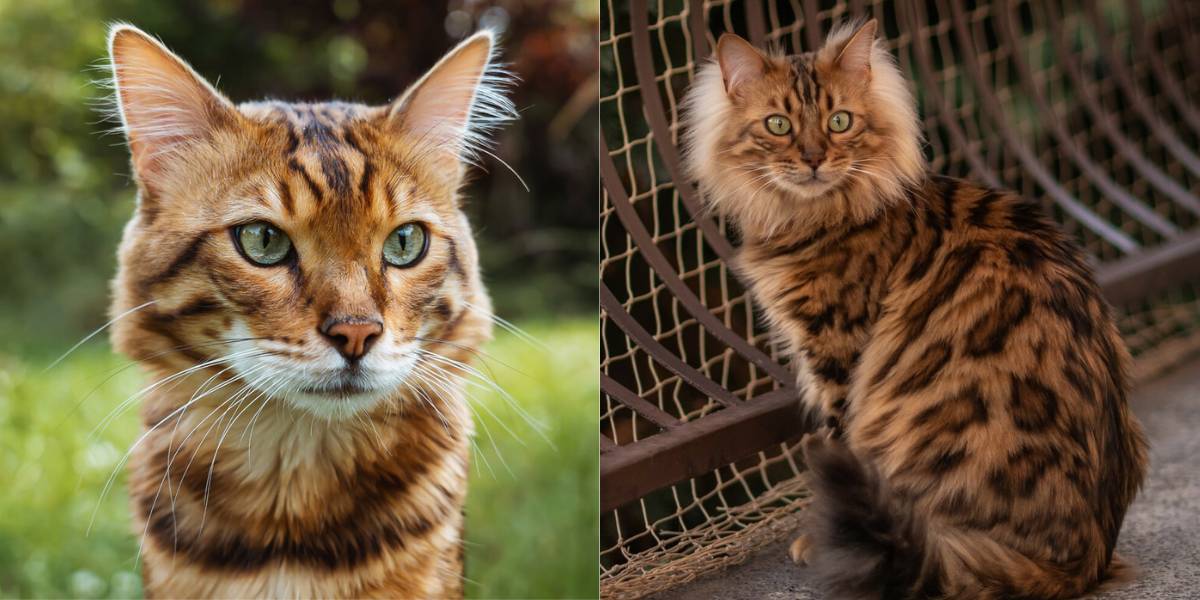 Bred to look wild and exotic, the Bengal cat breed is popular around the world. These leopard-spotted house cats were originally developed by breeding domestic cats with wild Asian leopard cats.

Those early-generation cats were more wild than domestic, but through careful breeding, the generations available today are loyal, friendly, and overall great house cats. Even with a wide range of colors, it’s easy to recognize a well-bred Bengal.

Also Read: 5 Important Facts Things To Keep In Mind Before Getting A Bengal Cat

Did you know, however, that there is a long-haired variety?

For generations, Bengals have been bred to closely mimic their wild ancestors. This put a high value on cats with short, sleek coats. More recently, however, certain breeders and pet lovers have fallen in love with a different kind of Bengal: the Cashmere Bengal. Here’s what you need to know about this unique-looking cat. 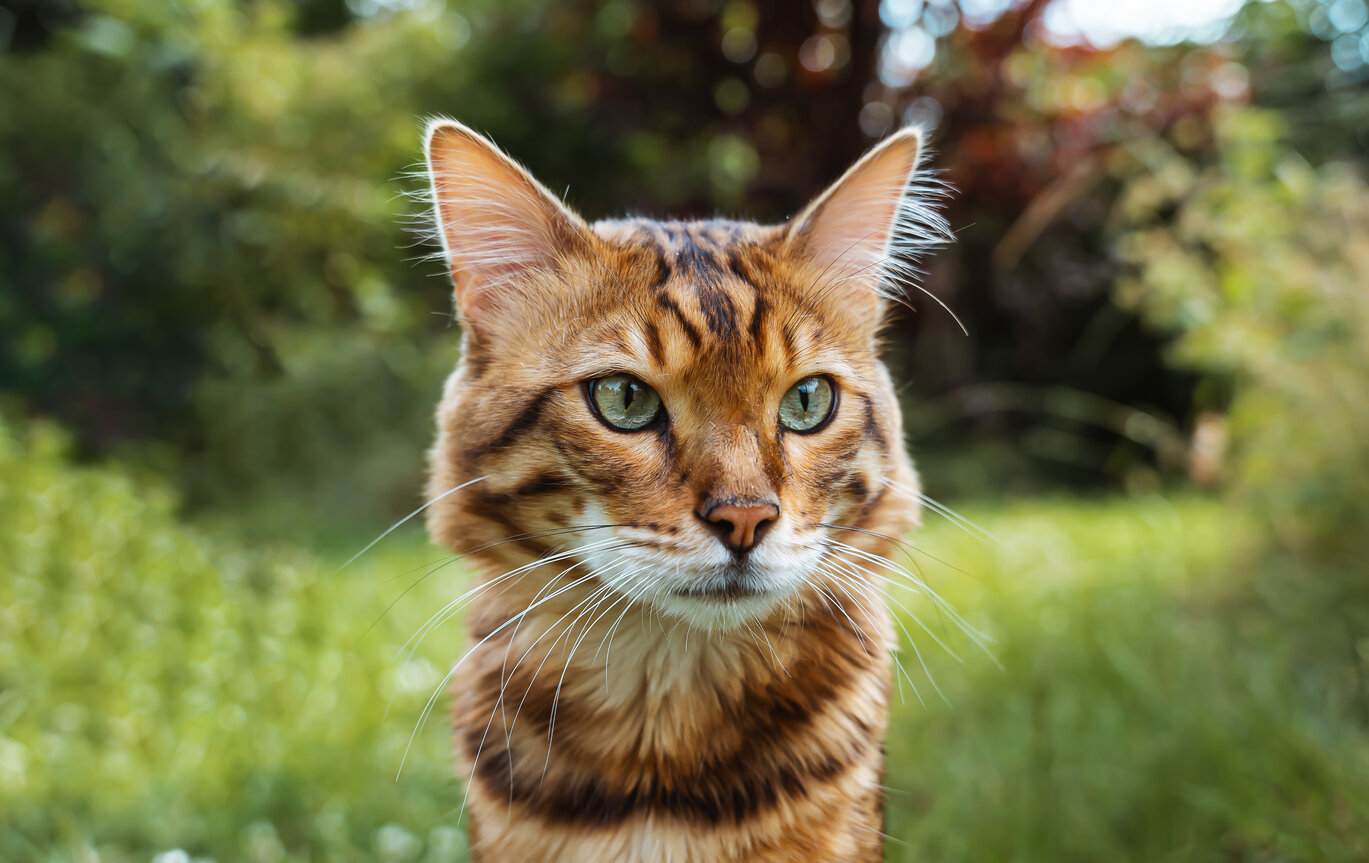 By breeding two cats who each possess the recessive long-haired gene, they increase their chances of having Cashmere kittens.

Even people familiar with the Bengal breed might be surprised to learn that long, silky fur is not a new trait for these wild-looking felines. In fact, long-haired Bengals have existed for as long as the breed itself. That silky long hair, however, has traditionally been considered an undesirable trait.

It is left out of the breeding standards because it takes the breed away from the original goal of resembling a sleek-looking wild cat.

As a result, most Bengal breeders do their best to avoid the recessive gene that codes for long hair in their litters. If a long-haired kitten is born, it’s usually spayed or neutered and sold as a pet at a discounted price.

More recently, breeders have started to recognize the beauty of the long-haired Bengal. Instead of using genetic testing to avoid the long hair gene, breeders of Cashmere Bengals test their cats looking for that recessive marker. By breeding two cats who each possess the recessive long-haired gene, they increase their chances of having Cashmere kittens.

#2 Cashmere Bengals Have All The Personality Traits Of Short-Haired Bengals. 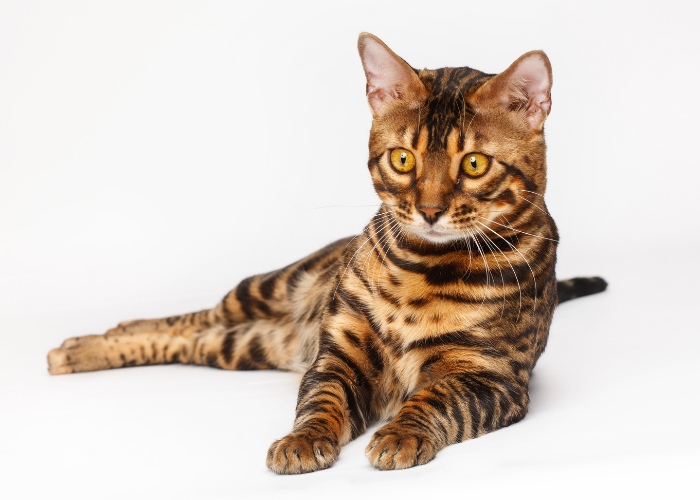 A Cashmere Bengal cat will have the same personality as the traditional Bengal cat seen here.

This means that Cashmere Bengals are intelligent, active, and curious just like you’d expect a Bengal to be. They can be trained to do tricks, walk on a leash, and are loyal to their favorite people. With proper socialization, a young Cashmere Bengal will chase toys, chatter at birds, and be a fun, active cat for the whole family to enjoy.

#3 European Breeders Are Working To Have Cashmere Bengals Recognized As Their Own New Breed. 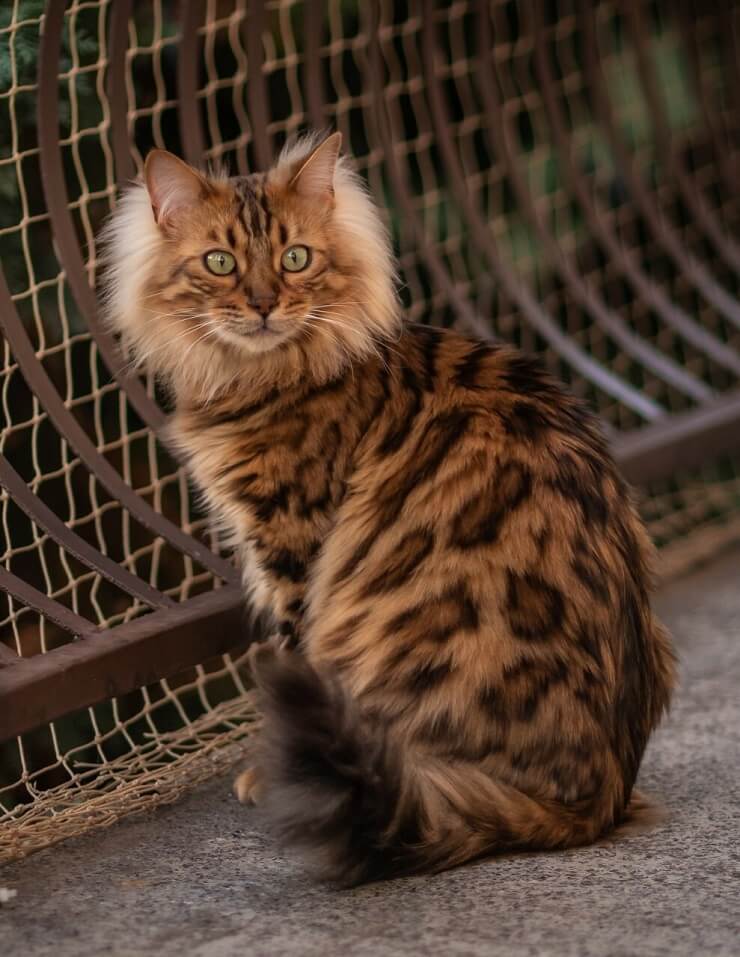 This cat is bred in Sirocco Bengals and Cashmeres. Photo by Wojtek Czachurski

While long-haired Bengals are not new, their newfound favor has inspired some breeders to push for their status as a separate breed. American breeders that focus on Cashmere Bengals are still few and far between, but these pretty felines have gotten more of a toehold in the hearts of European breeders.

It’s possible that these cats will be recognized as a new and separate breed while in the United States, cat lovers are still celebrating the 2017 change that allowed Cashmere Bengals to be eligible for championship competitions with TICA.

#4 You Can’t Tell If A Bengal Will Have Long Hair Until They’re Older. 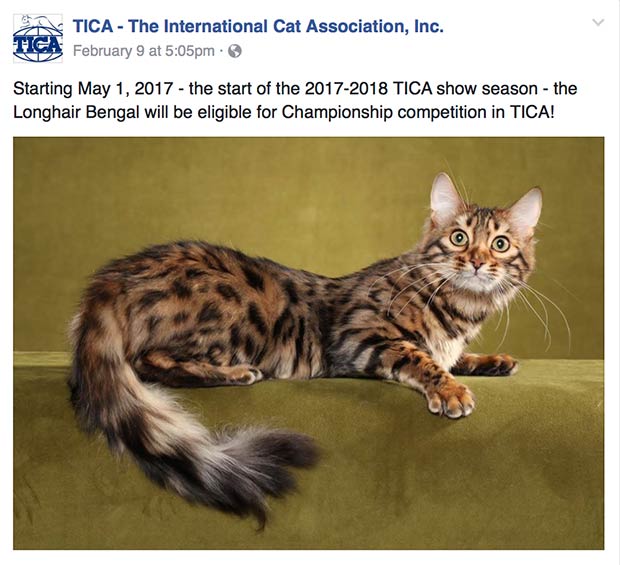 Even when people purposefully breed for a long, silky coat, they have to wait several weeks to confirm they have a full litter of Cashmeres. When they’re born, it’s impossible to tell what kind of hair the tiny kitten will have. It isn’t until the kitten is anywhere between six and twelve weeks old that their long hair becomes obvious.

Even then, Cashmere Bengals have different kinds of fur. Some are as thick and fluffy as a Maine Coon and other similarly haired breeds, and some Cashmeres have long hair that is more sleek and subtle. This cat is bred in Sirocco Bengals and Cashmeres. Photo by Wojtek Czachurski

A common concern for anyone considering a Cashmere Bengal is the extra upkeep that usually comes with long hair. With these exotic house cats, however, brushing doesn’t need to be a factor. A Cashmere Bengal’s fur is incredibly soft and silky.

Their fur is fine enough that it resists matting, and a cat’s natural grooming habits are enough to keep them always looking their best. Many people with Cashmere Bengals even claim that their cats don’t shed as much as other cats, and they might be at least somewhat hypoallergenic.

Cashmere Bengals are a combination of wild and luxurious with their striking rosettes clearly visible on their silky smooth hair. More and more people around the world are falling in love with the Cashmere Bengal, but these long-haired beauties are still relatively rare. 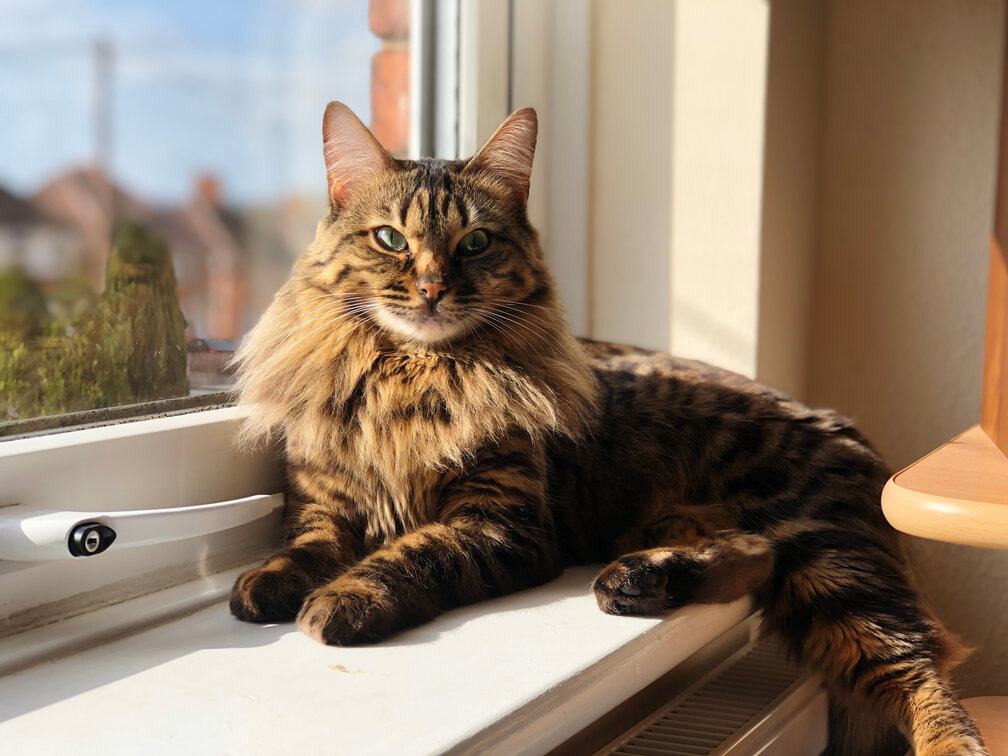 Cashmere Bengals are a combination of wild and luxurious with their striking rosettes clearly visible on their silky smooth hair.