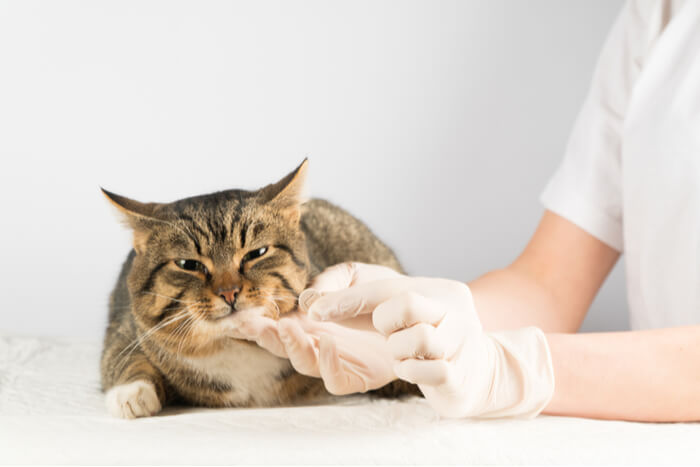 Diagnosis: A blood sugar reading on a glucometer during a low blood sugar crisis is confirmatory. A low value on routine bloodwork may be found incidentally.

Requires Ongoing Medication: Yes in the case of diabetes and medical management of an insulinoma.

Treatment Options: In the immediate, a complex sugar substitute like Karo syrup or intravenous dextrose. Longterm control depends on the underlying cause. Diabetics need insulin doses adjusted based on blood glucose curves, insulinomas often require surgery though medical management is possible in some cases, sepsis reqiures intensive hospital care and intravenous antibiotics, hypoglycemic kittens may improve with the right nutrition, care, and attention.

Home Remedies: Administering Karo syrup on the tongue/in the mouth or applying it to a paw to force a cat to lick it off can help increase a low blood sugar quickly for a short period. Introducing a high calorie meal may also help to boost for a little longer. 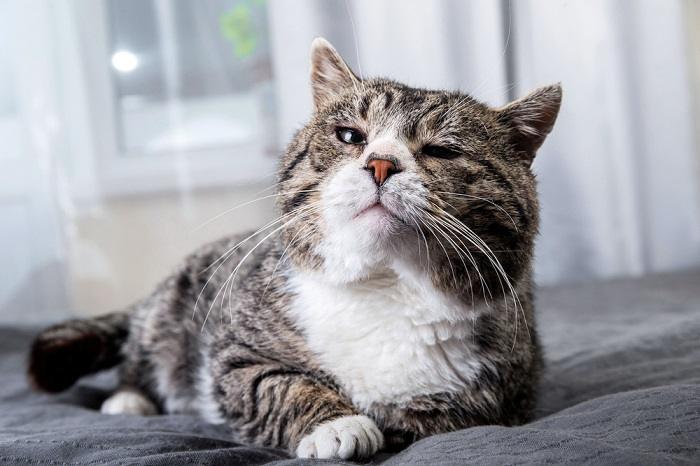 Normally, a cat’s internal control systems ensure that the blood glucose (blood sugar levels) stay at the correct level, which is between 60 and 150 mg/dl (3.3 – 8.3mmol/l)

“Hypo” is derived from the Greek word for “under” or “below”. It has the opposite meaning to “Hyper” which means “over” or “above”.

In contrast, “hyperglycemia” means “high glucose level in the blood”, as is typically seen in diabetes mellitus.

How Common Is Feline Hypoglycemia? 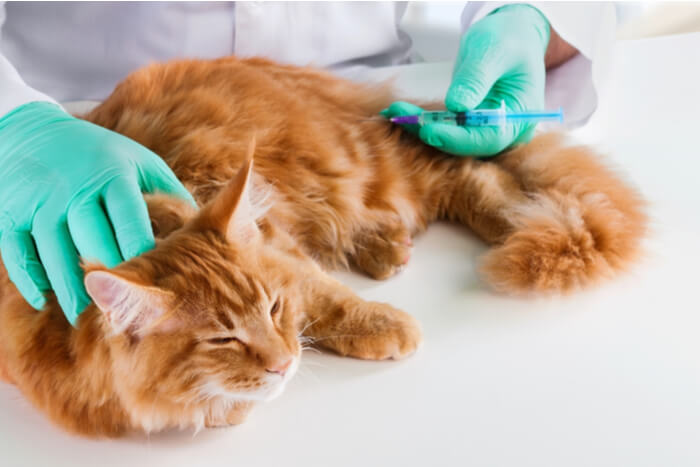 Hypoglycemia is seen in cats who are unable to regulate blood glucose due to certain conditions or, in the case of diabetic cats, too much injectable insulin.

This is an uncommon problem, only seen in certain, specific conditions.

How Do Cats Get Hypoglycemia? 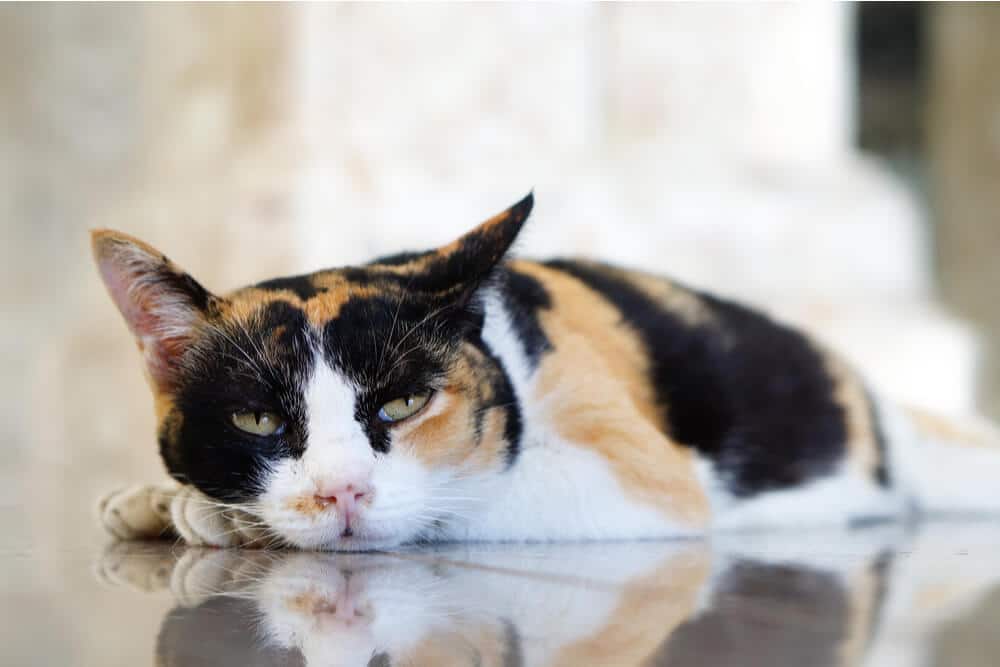 Blood glucose levels are normally kept between 60 and 150mg/dl (3.3 – 8.3mmol/l) in the body by a complex interaction of secretion of hormones.

Causes Of Hypoglycemia In Cats 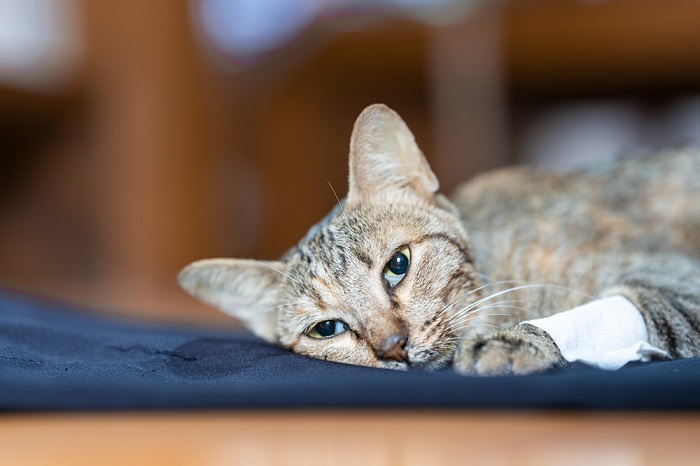 The most common causes are:

Symptoms Of Hypoglycemia In Cats 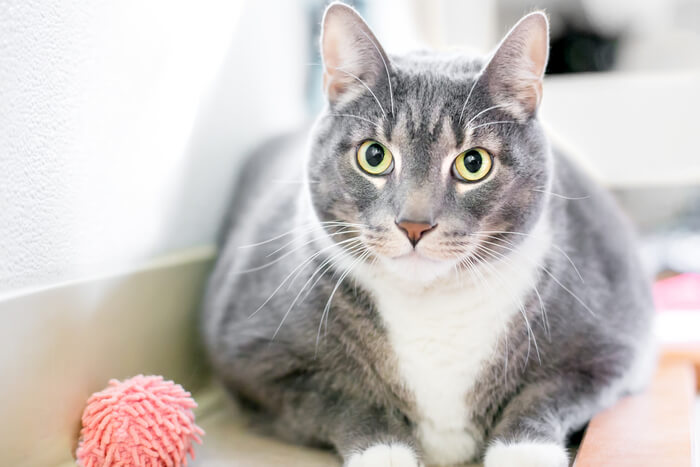 Cats with low blood sugar show varying symptoms depending on the severity of the hypoglycemia. Cats with moderate hypoglycemia may show disorientation and weakness, while severe cases could lead to collapse and loss of consciousness.

Clinical signs associated with hypoglycemia are usually caused by the effect of a shortage of glucose on the brain.

Also Read: 10 Subtle Signs Your Cat May Be Sick 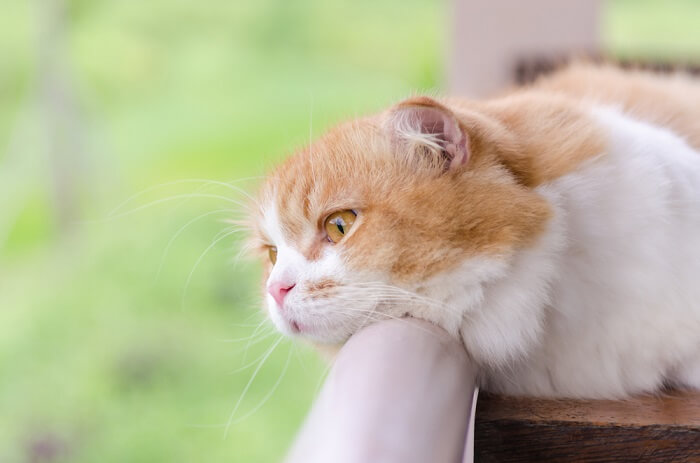 If your DVM veterinarian suspects that your cat may have hypoglycemia, the following steps may be taken.

Your vet will discuss every aspect of your cat’s life and health care. There are other causes of the same types of signs as hypoglycemia, and this history will help to differentiate the various possible causes. As an example, one of the common causes of hypoglycemia is when excessive insulin doses are given by an owner to a diabetic cat, so details of precisely how much insulin has been given is a critically important part of the history.

Your veterinarian will check your cat over carefully, noting any physical signs of illness, ruling out other causes of the signs that are being shown (e.g. heart disease, poisoning, etc).

A simple, rapid blood test to measure blood glucose is the definitive way that the diagnosis of hypoglycemia is confirmed.

It’s likely that your veterinarian may also carry out other blood work, including the usual panel of diagnostic tests, such as hematology (blood count) and biochemistry profiles, to confirm that there is no other underlying cause making your cat ill.

A blood glucose curve may be carried out: this is simply a series of blood glucose readings over up to 12 hours, to gain a full assessment of what is happening to the blood glucose.

Note: after a blood sample has been taken, the blood glucose naturally falls over a period of time, as the glucose in the blood is used up by the blood cells. For this reason, for the level to be accurately measured, it’s important that the sample is processed immediately, or if there is a delay, the serum must be promptly separated from blood cells after the sample has clotted.

Radiography (x-rays) and ultrasound may be carried out, and biopsies may be suggested if abnormal tissue is found (e.g. an insulin-producing tumor on the pancreas known as an insulinoma). Urinalysis may also be carried out. Your veterinarian will advise you on whether or not such detailed investigations are indicated.

How Much Does It Cost To Treat A Cat With Hypoglycemia? 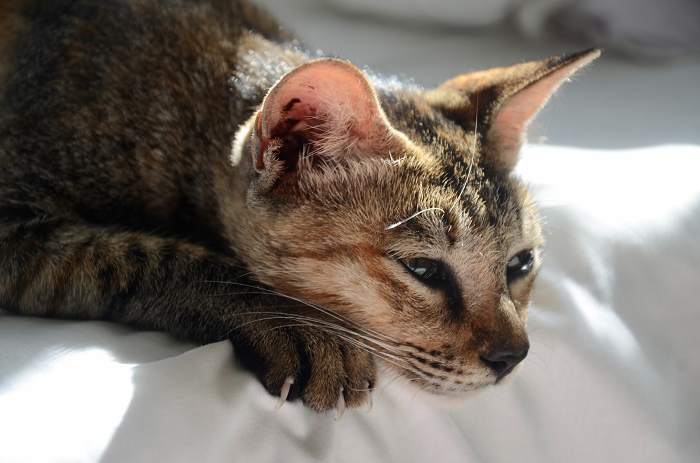 It is impossible to estimate this cost, as there are so many possible factors going on in the background of individual cases. You should ask your veterinarian for a detailed estimate before agreeing to proceed with treatment. 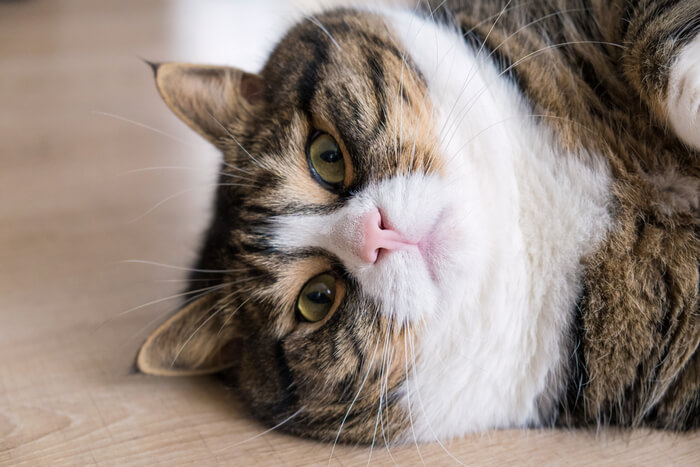 Intravenous glucose is typically the best treatment for hypoglycemia.

Intravenous glucose solution (dextrose) is the most effective treatment. This is often available at high concentrations (e.g. up to 50%) but it must be diluted to less than 10% if being given intravenously, as higher concentrations can cause irritation to the tissues around the vein, as well as damaging red blood cells in the circulation.

The usual protocol is to give 5 mL/kg body weight as an initial intravenous bolus of 10% glucose or dextrose. After this, a continuous rate infusion (CRI) may be given using 2.5-5% dextrose until the precise cause of hypoglycemia is identified and treated.

In most cases, the signs of hypoglycemia begin to resolve almost immediately after the intravenous injection is given.

If an owner is at home, and the signs of hypoglycemia combined with the history (eg insulin overdose, or a newborn kitten that has become chilled), then corn syrup or honey can be applied directly to the lining of the mouth while the animal is being brought to the vet. This is not as effective as intravenous glucose, but it may be lifesaving in some cases.

For cats with more complex causes of hypoglycemia (such as insulinomas), more complex treatments may be needed, including the hormone glucagon. Hypoglycemic episodes are more likely to be recurrent, needing a different approach to other one-off situations.

Once the initial hypoglycemic crisis has been resolved, an accurate diagnosis of the cause needs to be confirmed, and appropriate treatment is then given to remedy this primary problem. 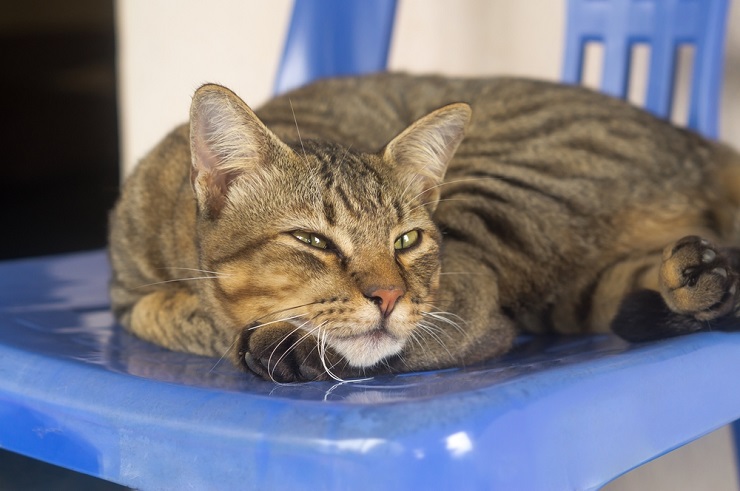 The level of blood glucose will be monitored closely while intravenous glucose is being given, so that more or less can be given as needed.

The prognosis is good for individuals that respond quickly to emergency therapy, as long as the underlying problem is promptly identified and treated. However, if there is a delay in treatment, permanent brain damage is possible if the period of hypoglycemia is prolonged.

For cases that have more complex underlying conditions (such as insulinoma), the prognosis is less certain, and a detailed discussion with your veterinarian is needed. 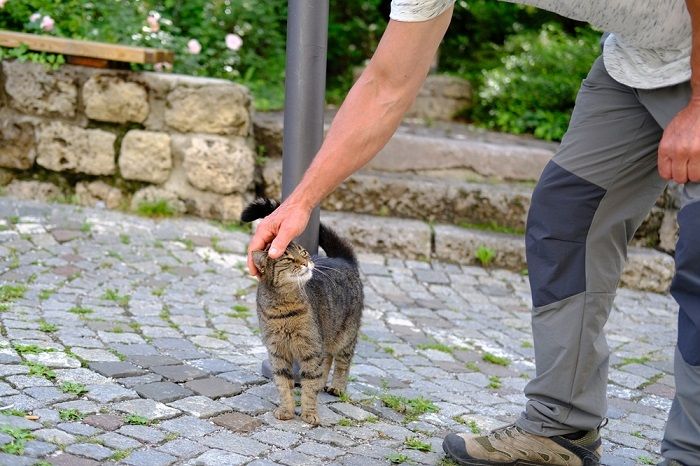 Hypoglycemia is a medical emergency that is seen when a cat’s blood glucose falls below the normal level, causing the cat to become sleepy, dull, and staggering, as well as other signs. Emergency treatment is needed to deal with this, so it’s important to make contact with your veterinarian immediately if your cat shows these signs.

What can cause hypoglycemia in cats?

The most common cause is excessive administration of insulin injection by owners of diabetic cats, and neonatal hypoglycemia (in young kittens) is the next most common.

Hypoglycemia is also seen as a secondary problem in a range of illnesses, including sepsis and insulinoma.

What are the symptoms of too much insulin in cats?

The main sign of too much insulin in cats is hypoglycemia, where the signs seen are listed above, including sleepiness, dullness, weakness, staggering, inappetence, and vomiting.

How can I raise my cat's blood sugar?

You need to get your cat to a veterinarian as soon as possible, but in the meantime, administration of corn syrup or honey to the tongue and gums may help in the short term.

How much honey should a hypoglycemic cat have?

You should give around one to two teaspoonfuls, applied to the gums and tongue, but you also need to get your cat to your local emergency veterinarian as soon as you can.