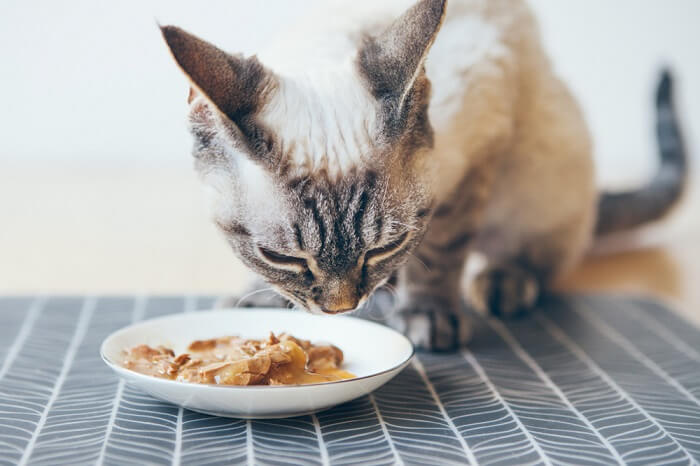 Everyone seems to be talking about ‘grain-free’ these days. Whether it’s in relation to our own health or that of our beloved companion animals, everyone who is anyone has an opinion. So, what is the truth about grain-free diets for cats?

Is grain really bad for cats? What about carbohydrates and gluten? Let’s not forget that cats are the quintessential obligate carnivore, so do any or all of these ingredients cause actual harm to our cats?

If we do decide to feed grain-free pet food to our cat, we’re still not out of the woods in terms of controversy. Conduct any internet search on the topic and you’re besieged with queries such as: “does grain-free food hurt cats?

Do grain-free cat diets cause heart disease? Is there a link to DCM? What about diarrhea and the amino acid taurine?” To help you sift through all of these questions, let’s go back to the basics.

What Are Grain-Free Diets? 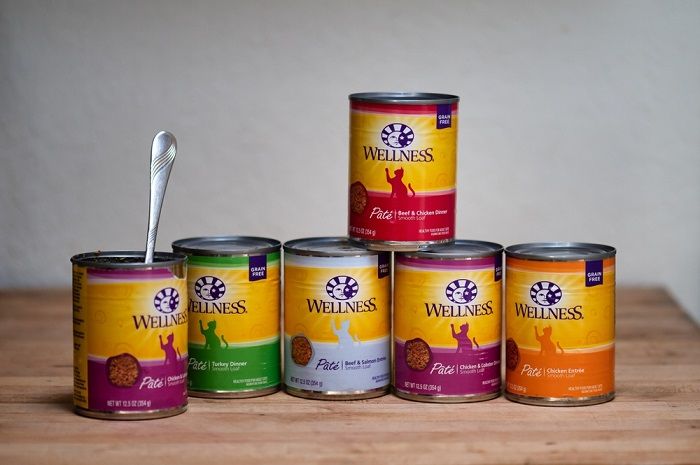 Grain-free diets are exactly as described. They are foods that don’t contain any grains. The most common grains found in cat food are wheat, barley, rice, corn, and oats.

However, a grain-free diet doesn’t mean that the food is carbohydrate-free. When grains are removed from commercial cat food diets, the carbohydrate content is often instead comprised of ingredients such as potato, tapioca, lentils, peas, yams and even carrots, beans, and cranberries. It’s also not unheard of for a grain-free diet to contain as much, if not more, carbohydrate than its grain-filled counterpart.

How Do We Differentiate Between Grains, Carbohydrates, Cereals, & Gluten? 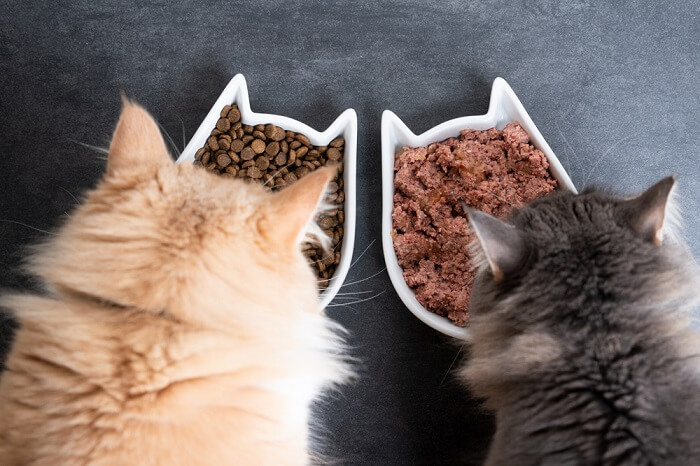 When it comes to cat food, we often put carbohydrates, grains, cereals, and gluten into the same category.

Generally speaking, the terms grains and cereals can be used interchangeably, with cereals considered to be any grass that is grown for its grain.

Carbohydrates, on the other hand, are collections of molecules containing carbon, hydrogen and oxygen atoms that together form compounds we recognise as sugars, starches, and fibers. When these compounds are broken down and metabolised, they release energy in the form of glucose.

This energy is then used as a basic fuel source for every single cellular process in our bodies. Carbohydrates are typically found in fruits, grains/cereals, vegetables, and milk products.

Gluten, on the other hand, is actually a protein, so an entirely different molecular structure to carbohydrate and also with a different function. It helps foods to maintain their shape and is found in wheat, rye, barley, triticale, and oats.

All of these cereals are grains, but not all grains contain gluten. Some gluten-free grains include corn, millet, rice, and sorghum. Confused yet or is everything crystal clear? So, why does all of this matter & how does it relate to the ‘cats/carbohydrates/grain’ controversy?

There are multiple text books, academic research papers, articles, videos and even TV programmes that have been produced to discuss the topic of cats and carbohydrates.

I’m going to try to keep it simple:

When it comes to the topic of cats and carbohydrates, all of the above issues seem to have combined, divided, reformed, and coalesced to create a maelstrom of controversy.

By extension, and in no small part linked to the human controversy surrounding food sensitivities and gluten in particular, this has now also encompassed cats and gluten-containing grains.

Should Cats Have Grain Free Food? 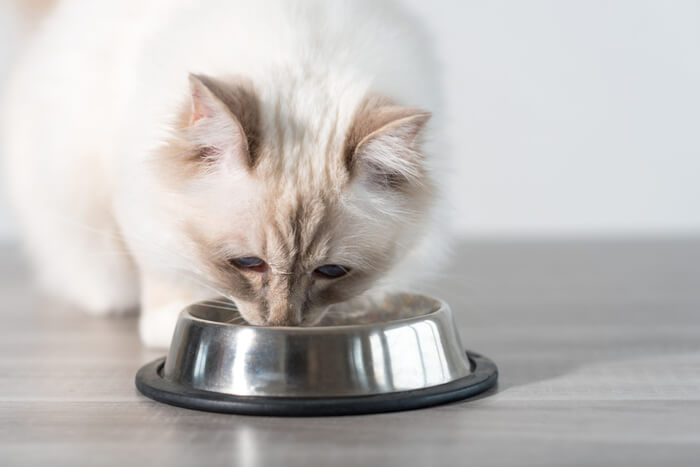 There are several controversies surrounding grain for cats.

Let’s Break Down A Few Of The Most Controversial Points Related To Cats, Grains, And Gluten.

Cat Allergies & The Missing Link to Grain and/or Gluten 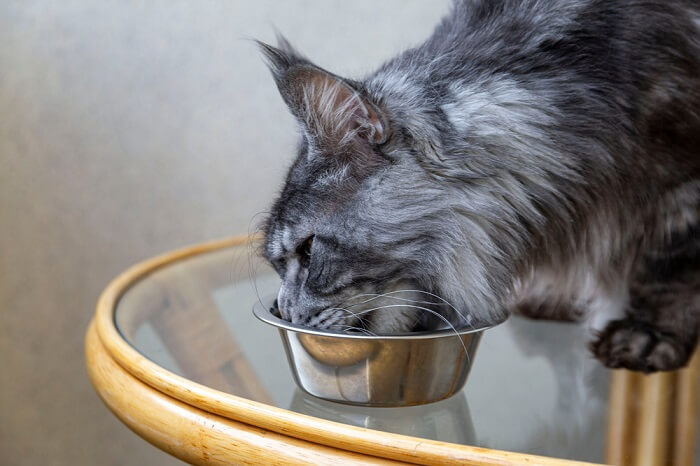 Do cats have a sensitivity to grains and/or gluten? There is no significant scientific, peer-reviewed research that I can find that supports this theory on a widespread level.

There is certainly no evidence of anything akin to Coeliac disease in our furred friends.  Of the studies that have been conducted the main food allergens that appear to trigger a hyper-sensitive or allergic response in cats are predominantly the proteins found in meat, specifically beef, dairy, and fish.

Chicken is also a potential culprit, but corn was only found in one study to affect 4 out of 56 cats. If a cat does have a true food allergic response to a specific grain, it would most likely be to the protein in that grain (contained within the gluten) plus there would be visible clinical signs such as itchiness, excessive hair loss even to the point of bald patches and inflamed skin.

In this case, a food trial with a grain-free diet would be recommended under the close supervision of your local veterinarian, after ruling out other potential causes. 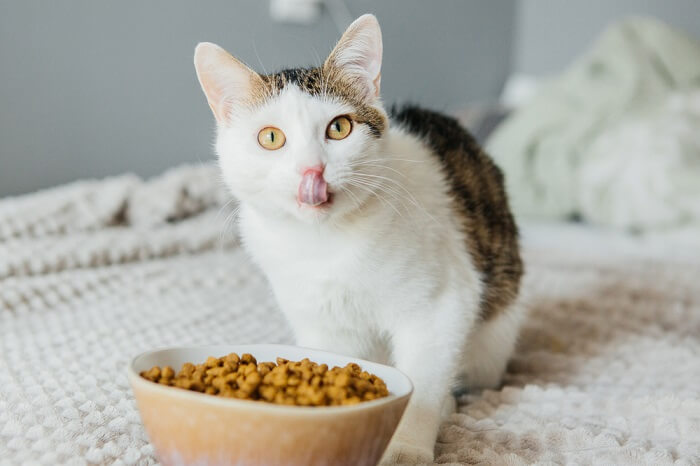 So, what do we know so far? Cats don’t need carbohydrates and can use protein for all their energy needs at a cellular body level, surely then low-carbohydrate and/or grain-free diets are the solution. Right? Wrong.

Now we enter the debate about grain-free diets and DCM, otherwise known as Dilated Cardiomyopathy.

In June 2018, the US Food & Drug Administration started to investigate a potential link between certain diets and DCM in dogs. These diets are now bracketed as ‘BEG’ i.e. boutique companies, exotic ingredients, or grain-free.

The FDA investigation is still on-going, but there does seem to be some evidence that certain BEG diets that have legumes, pulses, or potatoes as their main ingredient source, are linked to the development of this heart condition in dogs and to a lesser extent in cats.

DCM is a condition where the muscle of the heart loses its elasticity, resulting in an enlarged heart. As the heart becomes dilated, it becomes harder for the muscle to do its job of pumping blood around the body efficiently, which in turn can lead to leaking of the heart valves and a back-up of fluid in the chest and abdomen.

Ultimately it can result in congestive heart failure and can be fatal if not diagnosed and treated early. 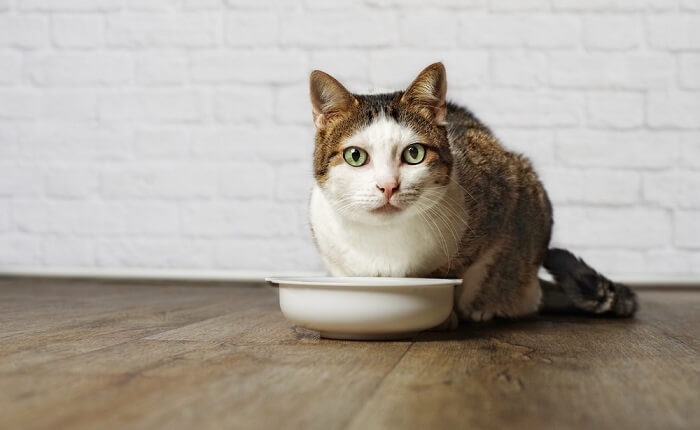 So where does the taurine link come into all of this? Taurine is an essential nutrient in cat food and taurine deficiency is well-documented as a potential cause of DCM.

However, most dogs being diagnosed with DCM in relation to their consumption of BEG foods, are not deficient in taurine. Furthermore, supplementing commercial diets with taurine could actually do more harm than good given the lack of quality control for nutritional supplements.

So Is Grain Free Food Bad for Cats? 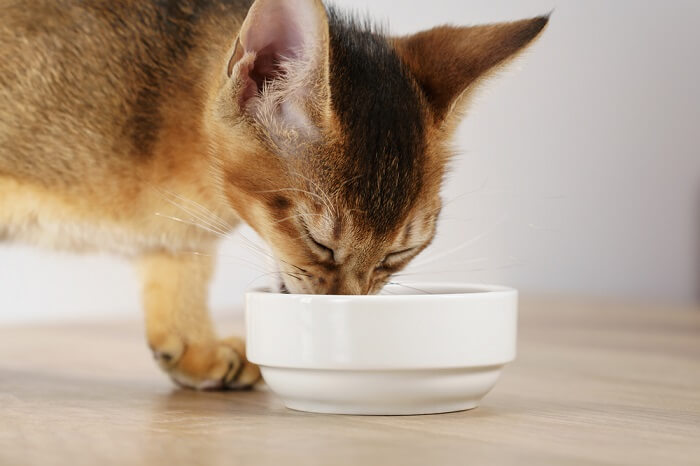 Ultimately, the jury is still out when it comes to taurine and its link to DCM in cats, as most of the focus to date has centred on dogs.

Furthermore, for the vast majority of dogs diagnosed with diet-associated DCM we still don’t know the exact cause.

It is an issue that is undergoing active research both by the FDA and independent veterinary nutritionists and research institutions, so hopefully, we’ll be able to provide more information soon. 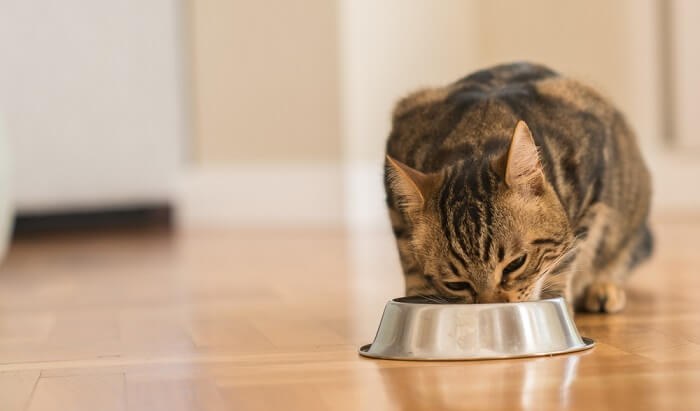 20 thoughts on “The Truth About Grain-Free Diets For Cats”