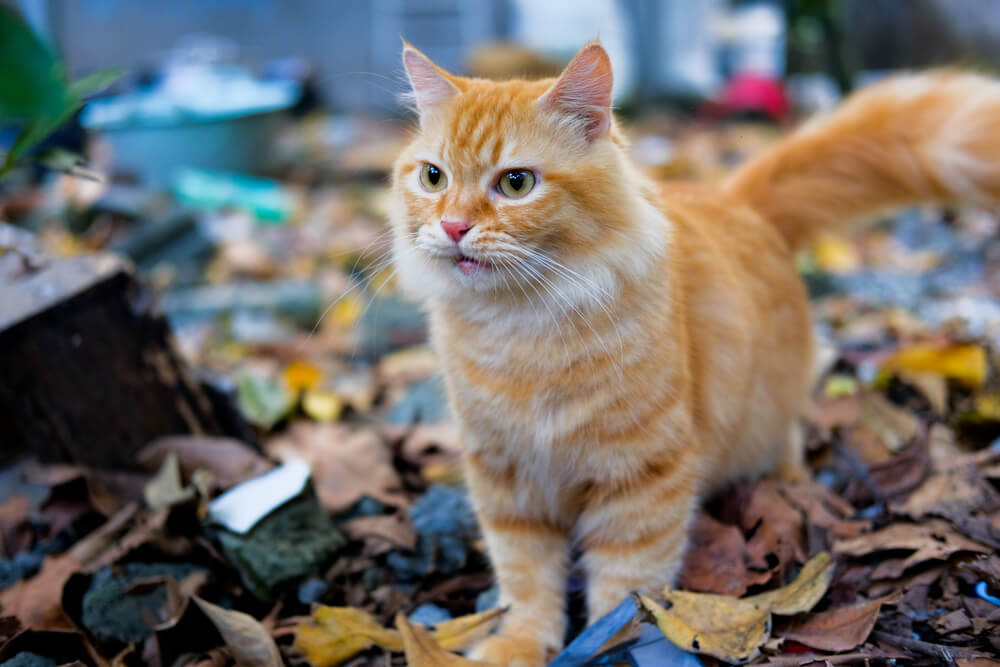 What do famous cats like Garfield, Morris, and Milo have in common? They’re all orange tabby cats. The orange tabby cat is not a breed, but it is certainly one of the most iconic (and some would say cutest) cats out there.

While the term “tabby” doesn’t refer to a specific breed of cat, it does represent one of the most common coat patterns seen in the world of cats – both wild and domestic. Tabbies are known for their striped coats and, while they come in a wide variety of colors, the orange tabby is uniquely beautiful.

How can you not love a ginger cat, especially one with tiger stripes?

Because the orange tabby is not a specific breed of cat, it’s difficult to make overarching generalizations about things like temperament and personality. That being said, there are some interesting facts about orange tabbies you should know. Keep reading to find out what they are! 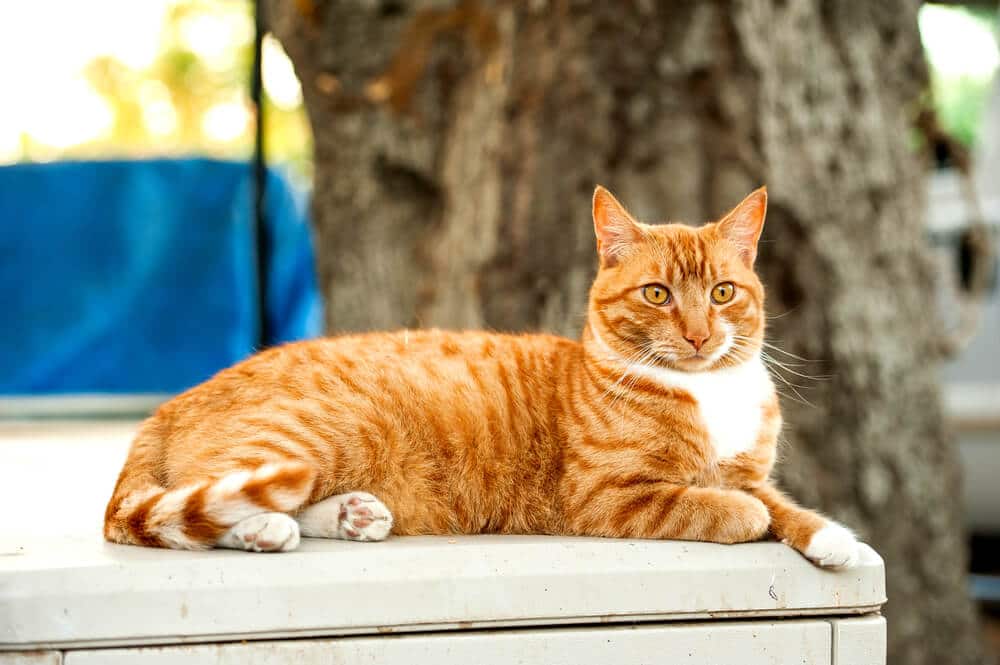 All cats are beautiful, but orange tabby cats are known for their colorful coats and unique pattern. The term tabby refers to the combination of stripes, spots, and swirls which cover the cat’s body.

Depending on the breed of cat and its individual genetics, the tabby pattern can be localized to patches or certain body parts, or it could cover the entire body of the cat.

While tabby cats come in an array of patterns, most have some degree of striping on their coats. In some orange tabbies, the stripes may be bold and clearly visible running down the length of the cat’s back and body. In other cats, the striping is much more subtle or appears only on the cat’s legs and tail.

Though each orange tabby is different, tabbies in general have specific characteristics that are easily identified. These include:

Now that you have a better idea of what physical characteristics define the orange tabby, let’s take a closer look at each of the five tabby patterns. 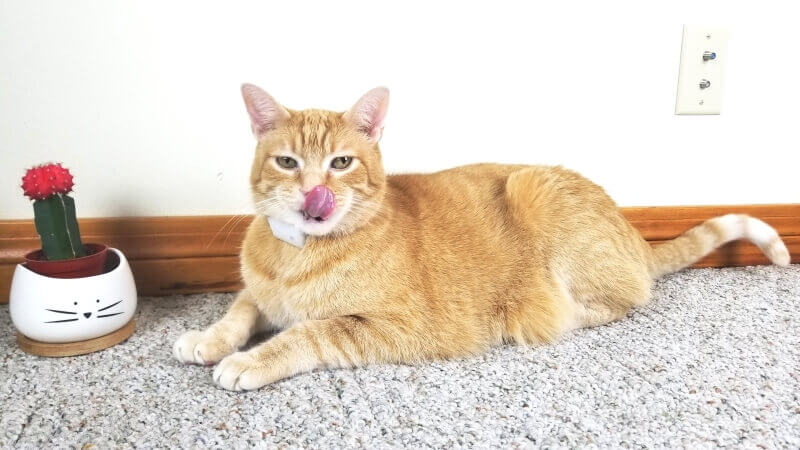 When you hear the phrase “orange tabby” this is probably the variety you picture. The mackerel tabby is the iconic “tiger cat” with narrow stripes running parallel down the length of its body. In an ideal example of the pattern, the stripes are evenly spaced with no broken lines.

Though they may look like tiger stripes, they actually branch out from a single stripe running down the cat’s spine which creates a pattern that resembles a fish skeleton, hence the name “mackerel.” 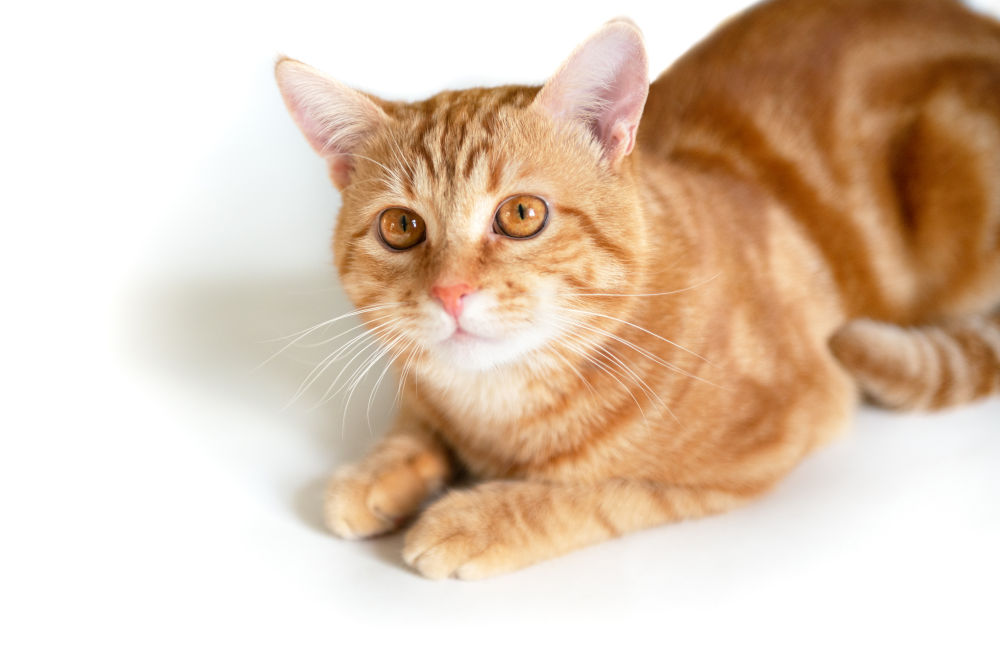 While the mackerel tabby may be the quintessential tiger cat, the classic tabby is the most common. These cats have bold, swirling patterns on their backs that resembling the marbling you’d see in a cake. They have a random series of dark and light orange swirls, much like a bullseye. 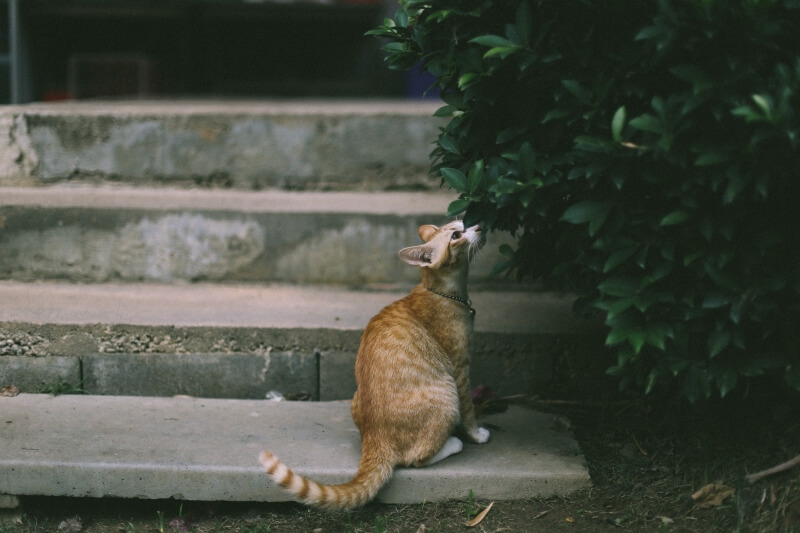 Tabby cats are primarily known for their stripes, but they can also have spots. Spotted tabbies have bright spots of varying size all over their sides which can be difficult to distinguish from the mackerel tabby pattern. In fact, experts aren’t quite sure whether spotted tabby cats developed from mackerel tabbies or whether they simply have different genes.

This tabby variety is the most unique and can be difficult to identify as a tabby because there are no obvious spots or stripes. Ticked orange tabbies have the typical tabby markings on their foreheat and the same agouti fur, but any stripes or spots are very subtle and may not be visible except in strong light. The most common breeds of ticked tabby are the Somali and Abyssinian breeds. 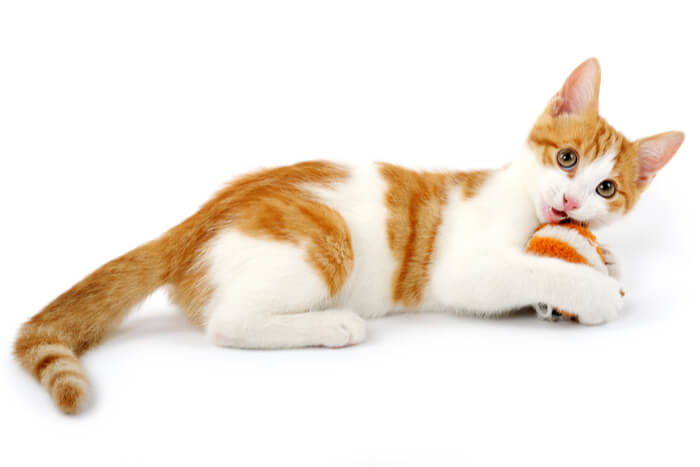 While traditional tabby cats often exhibit the same solid orange tabby pattern all over their bodies, orange tabby cats can often be seen in a bicolor pattern. These tabbies have a combination of tabby patches which are darker in coloration than the rest of the body. A common example of a bi-color orange tabby is an orange tabby cat with pure white patches.

When it comes to feline genetics, characteristics like coat color and pattern are carried on the X chromosome. Female cats have two X chromosomes (XX) while males have one X and one Y (XY).

Cats inherit a combination of genes from both parents, though the wide variety of colors you see in cats come from just two main colors: black and orange (or red). A kitten inherits two copies of each gene from its parents (one from each), and each gene can be either dominant or recessive.

The gene for orange coloring is dominant (O), so a kitten need only inherit one copy of the orange gene to display some degree of orange color in its coat.

This interesting fact explains why most orange tabbies are male. Because a female orange tabby must have two X chromosomes to be female, there is only about a 20% chance an orange kitty will be female.

Whether a kitten displays the tabby pattern depends on whether it inherits a dominant or recessive agouti gene. The term “agouti” refers to hair that has alternating bands of light and dark color – this produces a speckled or “salt and pepper” appearance. 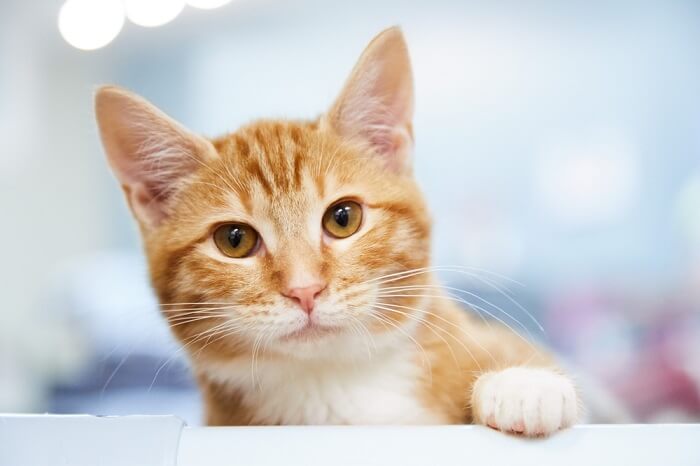 Because the orange tabby is not a breed in its own right, it’s difficult to make generalizations about things like personality or temperament. When it comes to orange tabby personality, the better gauge is the cat’s breed and upbringing.

Unfortunately, determining your cat’s breed can be difficult if you adopted the cat from a shelter or as a stray. One way to learn more about your cat’s genetics is to use the Basepaws cat DNA test.

Basepaws takes a swab of your cat’s saliva and runs a thorough DNA test, comparing your cat’s genetics against the largest cat DNA database in the world. You’ll receive a detailed report detailing the breed groups to which your cat belongs as well as a list of wild cats he’s genetically related to.

To give you an idea what breeds your orange tabby cat might be, here’s a list of cat breeds that exhibit the tabby coloration:

The American Curl is known for its unusual ears which curl back from the cat’s face. These cats are born with straight ears that begin to curl over the course of several days. American Curl cats have soft, silky coats and friendly temperaments – they also tend to form strong bonds with their owners.

The Egyptian Mau is a small- to medium-sized breed and a fairly rare one at that. These cats are the fastest runners of all domestic cats and they are very friendly, playful, and loyal.

The Javanese is sometimes called the colorpoint longhair and it is a variation on the Oriental breed. These cats have long, silky coats and they tend to be very vocal. They love to play, and they can be very needy, following their owners around the house seeking constant attention and cuddles.

The Ragdoll is another color-point breed, known for its large, muscular body and soft, silky coat. These cats can be relaxed by nature, but they also tend to have bold personalities. Because they are highly tolerant of children, Ragdolls make great family pets.

Though you can’t make generalizations about all cats with a certain pattern, orange tabby cat lovers have been known to describe their cats as friendly, intelligent, and tolerant of children and other family pets. Just keep in mind that your orange tabby’s genetics and upbringing play a large role in determining his personality as an adult and into his senior years. 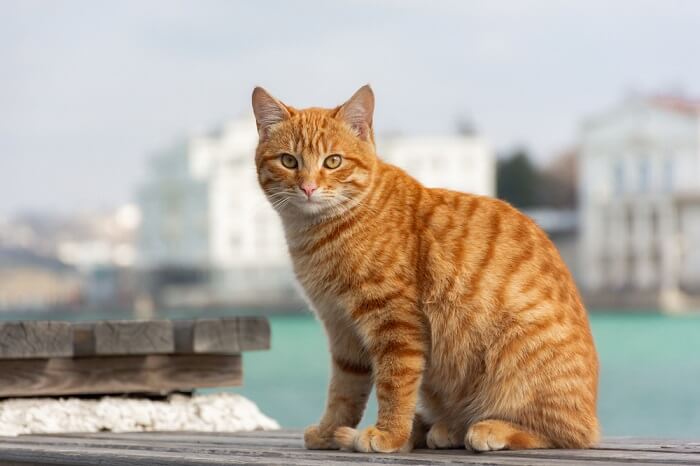 Here are some fun facts about orange tabby cats you probably didn’t know:

Are all orange tabby cats male?

No, but the majority of orange tabby cats are male due to their genetics. Male cats only need to inherit one copy of the orange tabby gene while females need two – this is why orange tabbies are male three times more often than female.

Certain breeds of cat are more prone to health problems than others, so your orange tabby’s health is more likely related to his breed than his color/pattern.

How long does an orange tabby cat live?

Generally speaking, the average indoor housecat has a life expectancy of 15 to 20 years. Providing your tabby with a healthy diet and routine veterinary care can help maximize his lifespan.

108 thoughts on “All About Majestic Orange Tabby Cats”